Five games to watch out for in January 2013 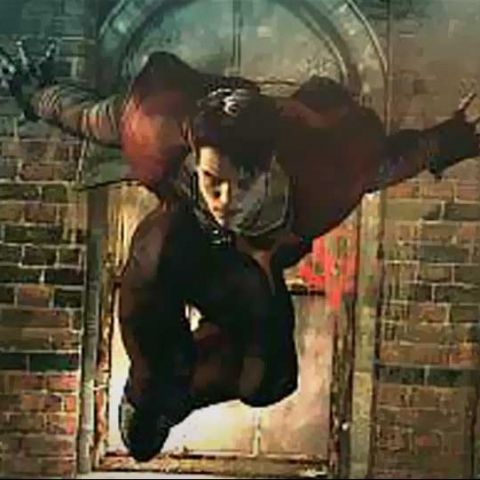 2012 is finally over and surprise, surprise, the world hasn’t ended. 2012 was an awesome year for gaming and we are sure you stocked up on a lot of the AAA titles such as Assassin’s Creed III, Far Cry 3, Halo 4, and more. These games surely kept us up a lot of nights to achieve that unachievable achievement, or to win that trophy that isn’t real, but is!

So, without further delay, here’s a look at five games you can take a look at in January 2013.

DmC is a reboot of the classic Devil May Cry game. Fans were sceptical when they saw the new re-imagination of Dante but we have played the demo of the game and we have to say that despite its difference, there are elements that keep it true to the original franchise. This means that the game will appeal to fans of the franchise as well as newcomers alike. Dante is a badass with no respect for authority. Caught between the real world and the daemon world he must fight to save the day. If you want, you can get some hands on with the demo of the game on PSN and XBLA before picking it up.

We recently played Hitman: Absolution and loved it. You can read our review here. Playing the latest iteration in the franchise brought back old memories and what better way to enjoy the Hitman franchise than the HD remaster. Hitman HD Trilogy is brings together Hitman: Contracts, Hitman 2: Silent Assassin, and Hitman: Blood Money. Gamers can play more than 40 missions across three classic Hitman games. All the games are in HD and that will make it an awesome experience.

Hitman HD Trilogy is expected to hit store shelves in the last week of Jan for Rs. 2,500 for the PS3 and the Xbox 360.

Powered by CryEngine 3 technology, the missions of Sniper: Ghost Warrior 2 are graphically stunning and more challenging as you once again step into the ghillie suit of a special ops sniper to take down the enemy. Stealth, patience and awesome assassinations are the names of the game. Sniper: Ghost Warrior 2 will be available for the PS3, Xbox 360, PS Vita and Wii U for Rs. 2,500 approx.

Ni no Kuni: Wrath of the White Witch

If a heart warming story in a game is what you are looking for, then Ni no Kuni: Wrath of the White Witch is the game for you. The game is an epic tale of a young boy, Oliver, who embarks on a journey to become a master magician and bring back his dead mother from the parallel world of Ni no Kuni.

In this epic journey, players will come across some extraordinary characters, many of who will aid you in your quest.

Ni no Kuni: Wrath of the White Witch will be available in the last week of January for the Xbox 360 and the PS3 for Rs. 2,500 approx.

4 hack and slash titles for the PS4