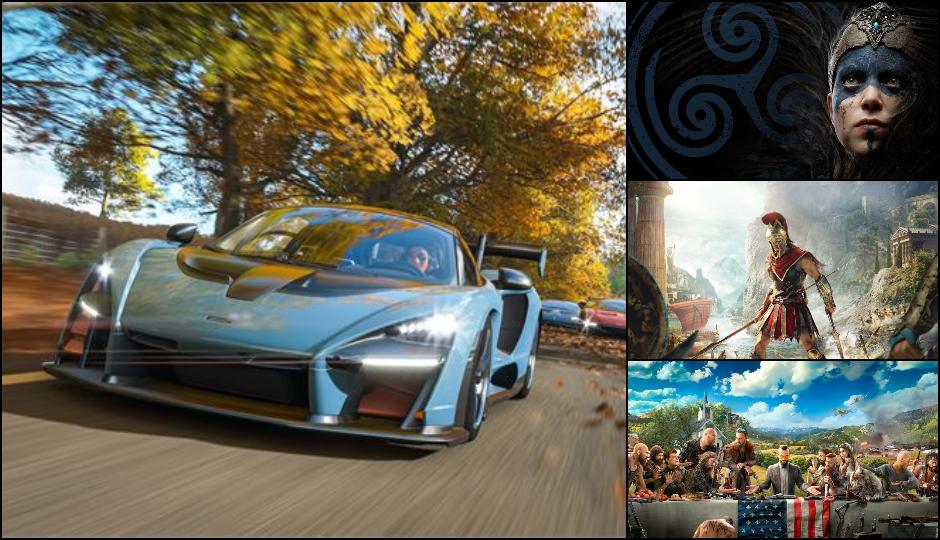 If you are one that has an Xbox One, then these are the games you should have spent money on in 2018!

2018 hasn’t been a great year for Xbox One exclusives. Sure, Forza Horizon 4 did well to appease the racer in you, but the likes of State of Decay 2 and Sea of Thieves left us wanting more. Having said that, despite the lack of some AAA exclusives in 2018, the year was good for those that wanted to enjoy third party games on Microsoft’s console. Some games truly exploited the potential of the Xbox One X’s 4K capabilities. Below are a list of games that launched in 2018 that deserve to be a part of your Xbox game collection

Running in native 4K on the Xbox One X, this is one game that shows off the power of Microsoft’s console. Sure, you will have a great time playing this game even on the Xbox One or the One S, but where it truly shines, is on the One X. The game has content enough to last you for more than 50 hours of gameplay and that’s not counting the online mode. The mechanics of the game are quite similar to its predecessor keeping things familiar for old-timers and keeping things interesting for newcomers to the franchise. The game’s story is intriguing, gameplay may take a while to learn and the visuals make you question the need for a new console generation. You can read our review of Red Dead Redemption 2 here.

Diving back into the Animus this time the Assassins Creed Franchise takes us to Greece. This time around the franchise has moved to a more RPG focused game, giving you the option to choose between a male and a female protagonist. The game also brings with it branching stories and choices giving you control over the outcome. Needless to say, there are more than enough opportunities to perform a leap of faith in the game. You can read our review of Assassins Creed Odyssey here.

Continuing the tradition of launching a Forza game each year, this year we have Forza Horizon 4 which is exclusive to the Xbox One. The game runs in glorious 4K and HDR on the Xbox One X and brings with it various seasons like Winter, Autumn, Spring, etc to give you the feel of driving under various weather conditions. The game is easy to pickup and play for new comers and can test the skills of pro gamers alike. You can read our review of Forza Horizon 4 here.

If a driving sim is not your thing, then you can consider Onrush. Put simply, Onrush is the love child of the Burnout and the Motorstorm franchise. Bringing with it frantic car combat, the game brings challenging environments coupled with stylish takedowns.

If an open world is one that you are looking to explore in first person, then you should check out Far Cry 5. The game has a vast world that is open to you from the get-go, mission structures which are not linear and a vast detailed world to explore. The best thing about the game is that missions are presented to you only when you reach a certain place or interact with people in the world. It is not about hopping from icon to icon on a large map which is great. You can read our review of Far Cry 5 here.

Hellblade released for the PS4 and PC back in 2017 but the game launched for Microsoft’s console in 2018 which brings it on the list. Playable in 4K and HDR on the One X, Hellblade is one for those that love stories in games. The gameplay is simple, and the game can be beaten in under 10 hours. But if you want to have a breathtaking experience in the from of a game that deals with psychological issues in an action adventure package, then you definitely need to check Hellblade out. You can read our analysis of the game here.

If you want to take on the role of a hunter and hunt some fantastic creatures straight out of a fantasy novel, then Monster Hunter World is one to check out. The game has deep RPG elements, a host of weapons to chose from and a rich world to explore. You can read our review of Monster Hunter World here.

If there is one game that can challenge your skills in 2018 it is Dead Cells. The game is a metroidvania style game. The graphics of the game may not be something to write home about but the immersive gameplay more than makes up for everything.

Bringing back the nostalgia of couch co-op gaming, A Way Out is a 2 player game only with no single player option available. You can either play local or online but the game will always show you both the perspectives. A really good thing is that you and your friend both don’t need to own a copy of the game to play. If you own a copy, you can invite your friend to partake in the game with you. This prison break story is one reserved for the best of friends.

Sure, on the PC version of Battlefield V shows off the capabilities of ray tracing, but the game is no slouch on the consoles. Building on the foundation and success of Battlefield 1 this new entry in the franchise brings with it a battle royale mode for those interested. The single player campaign puts you in the shoes of different individuals during war to widen your perspective.