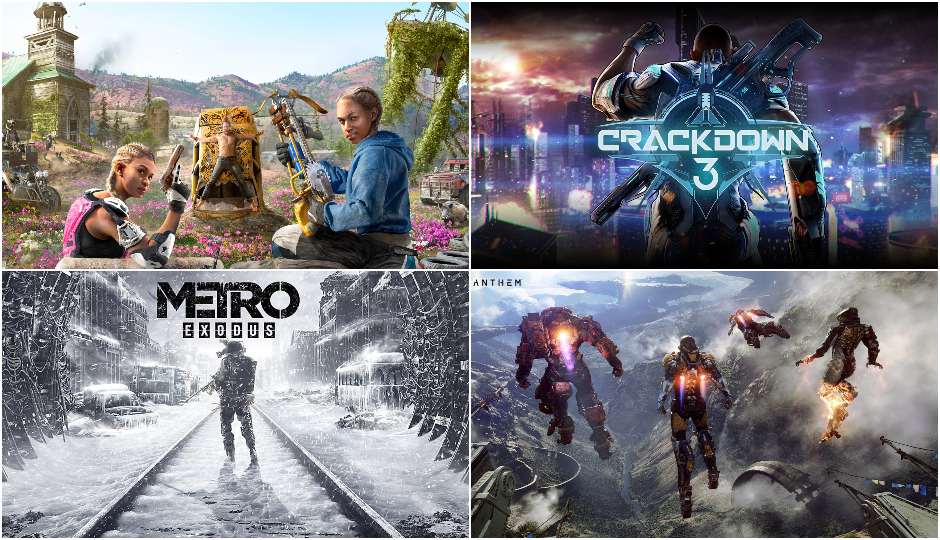 If you are a console or PC gamer, here is a look at 6 games you can get your hands on in February 2019.

The second month of the year is looking strong for those looking to pick up some games for their consoles or PCs. There is something for everyone, well almost. February is full of action adventure games, off-road racing along with one Lego game for the young ones at home. Here is a look at 6 games you may want to drop your cash on in Feb 2019.

An Xbox exclusive, Crackdown 3 will hit store shelves on February 15. After multiple delays (the game was originally set to launch in 2016) this action adventure game will be a play anywhere title. Fans of the franchise have been waiting nearly a decade since Crackdown 2 launched back in 2010 for the Xbox 360. From what we’ve seen the game look interesting with unique powers and abilities at your disposal. Crackdown 3 will launch for the PC and the Xbox One.

The first true sequel in the Far Cry franchise, New Dawn takes place after the events of Far Cry 5. Just like Assassins Creed Odyssey, Far Cry New Dawn will have more of an RPG approach. This doesn't mean that the FPS elements will take a back seat, it's just that the game will have more customisation and decision-making options at the players' disposal. Far Cry New Dawn will hit the PS4, Xbox One and PC on 15 February 2019.

The VIP demo was a disaster, but the game looks promising. From the flight, to the action and even the customisation elements, Anthem is shaping out to be an exciting proposition. The only thing we are worried about are the micro transactions in the game. Another thing we are worried about is the rinse repeat nature of some of the missions. Hopefully Anthem has learned from the mistakes of Destiny. Anthem will hit the PlayStation 4, Xbox One and PC on February 22.

One of the most anticipated games of 2019 is almost here. The third instalment of the Metro franchise brings with it large open areas instead of the subway corridors we were confined to earlier. The game looks stunning from all the footage we have seen. It also brings with it an interesting set of customization options for your arsonal. You can customize your weapons on the fly. The game also brings with it an interesting decision making tree. So if you spare someone's life, they may come to attack you or aid you when the time comes. PC gamers with RTX cards will be able to exploit Ray Tracing in the game. Metro Exodus will launch for the PC, Xbox One and PS4 on 15 February 2019.

Dirt Rally 2.0 is the thirteenth game in the  Colin McRae Rally franchise. Gamers will compete in timed stage events on tarmac and off-road terrain in varying weather conditions. With a varied number of cars and tracks this is one game that should satisfy your need for speed. Dirt Rally 2.0 will hit the PC, PS4 and Xbox One on 26 February 2019.

Video games based on movies aren't generally a good experience, hat has managed to make games fun especially for the younger audience. Since the movie features some iconic character from pop culture, and good humor, it is obvious that the same will be replicated in the game. Lego Movie 2 Videogame will hit the Nintendo Switch, PC, Xbox One and PlayStation 4 on 26 February 2019.

Over 1 billion gaming related tweets were sent out in 2018, PUBG and Fortnite in top 5 'most talked about' games