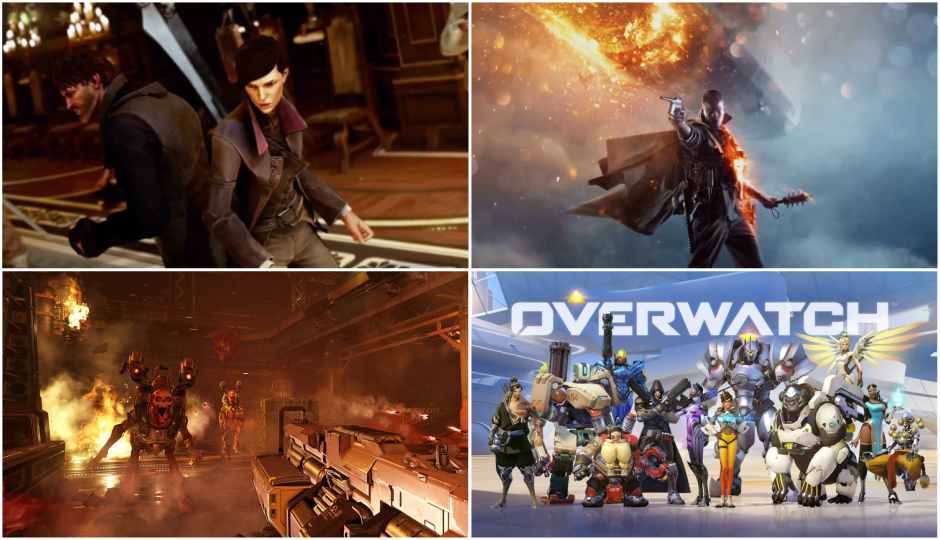 We take a trip down memory lane and check out the best shooter games that released in 2016 for the PS4, Xbox One and PC.

2016 has been a great year for shooters. Be it multiplayer havoc online, or a single-player quest, here is a look at five shooting games that excited us in 2016.

If you are looking for an online shooter to replace Team Fortress two, then Overwatch is the one for you. The portfolio of characters to chose from is diverse, and the chaotic multiplayer will keep you hooked for hundreds of hours.

If you were waiting for a good old-school shooter game with modern graphics, then Doom is the game for you. The premise is simple, get from point A to point B and kill everything in between. The guns are a re-imagination of the ones we saw in the original game, the soundtrack is epic and the overall game is pure fun.

If a World War shooter is what you are looking for, then you don’t need to look beyond Battlefield 1. The game has amazing graphics, some intense set piece moments, and a story that is fairly unique to FPS games.

If stealth is more your style, then we suggest you take a look at Dishonored 2. You can don the roll of two different characters with some interesting supernatural abilities and have a diverse number of ways to tackle missions.

Superhot gives a whole new meaning to time manipulation. The game’s environment and enemies move when you move, giving the gameplay a refreshing feel. If you are looking for a shooter that will make you scratch your head, then Superhot is the one for you.