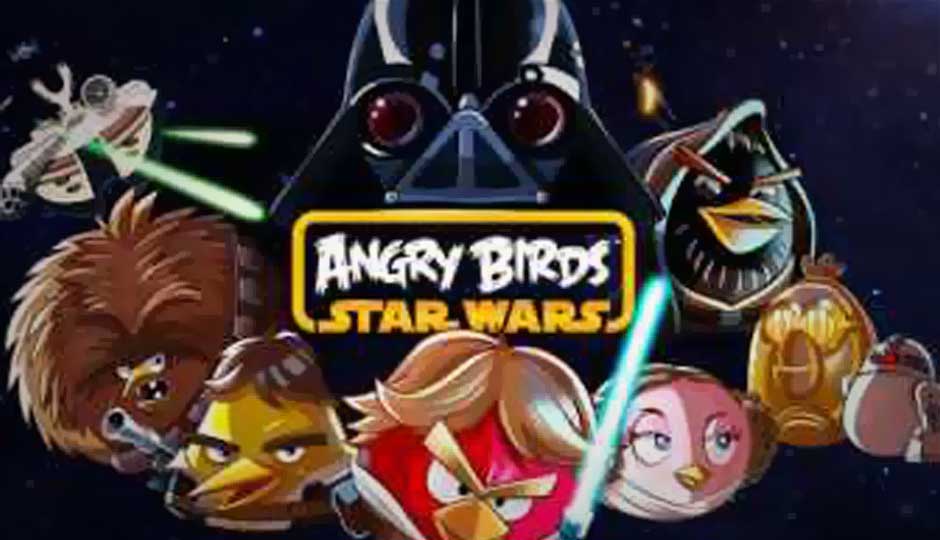 Seriously, why should we stop at Angry Birds Star Wars? Here are a few other movie options.

Rovio announced the game last month during an event at Toys R Us in New York's Times Square. The game builds on the same physics-based knock-em-down physics that the company introduced in Angry Birds, Angry Birds Seasons, and the gravity-governed physics of Angry Birds Space.

During the game, you'll head out on an intergalactic journey across the deserts of Tatooine, making your way across porcine-studded landscapes all the way to the depths of the Pig Star. Along the way, you'll use the Force, wield a lightsaber as the Red Bird, Luke Skywalker, and call in the Millennium Falcon to help blast way the stormtrooper pigs and eventually take on Darth Vader, the "Dark Lord of the Pigs."

That's all fine and good. But the Internet (and Photoshop) allow us to think about what popular movie franchises might benefit from an Angry Birds treatment. Angry Birds Kill Bill? A dream, perhaps, but probably a little gory for the little ones. Angry Birds Heavy Metal? Now we're just getting silly. And Angry Birds Lord of the Flies might be a bit too on-point, if you'll excuse the pun.

Although an intrepid band of 3D animators has come up with their own vision, we’d have designed more along the lines of vampires versus werewolves. Or just tie the emo heroine to the foundation. Oooh, sparkly!

The Bond birds wouldn’t even have to move. Laser watches, remote-controlled cars and perhaps a rocket belt might do the trick

Again - inexplicably - someone has already come up with a video explaining just how Angry Birds: Harry Potter would play. This makes our job infinitely easier, as you might imagine

“You have my beak! And my claws!” OK, so the parody line is from Fellowship of the Ring. Still, the franchise translates pretty naturally. Users could spend $5 for 20 uses of the One Ring
Angry Birds: The Hunger Games

Again, the Internet is way ahead of us. Frankly, the Angry Bird as a substitute for the mockingjay is a way better concept than a gameplay mockup