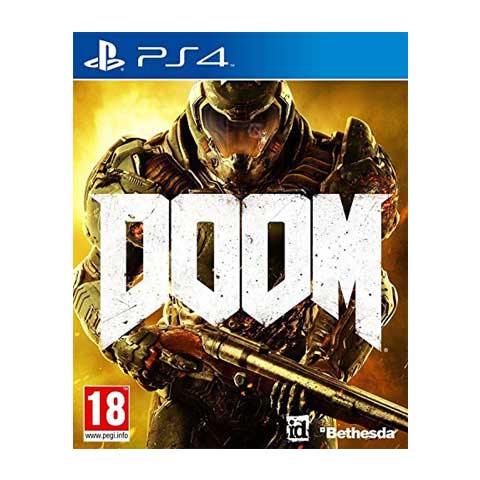 Best sci-fi games for the PlayStation 4

The realm of science fiction is one filled with a fantastic story, dangerous creatures and worlds waiting to be explored. If you are one that loves the lore, story and plot twists of a good sci-fi book or move and would like to experience the same in a game on your PlayStation 4, then look no further than the following games.

You’ve heard the phrase, all hell breaks loose? That’s exactly what the premise of Doom is. With demons taking over Mars, it’s up to you to send them back. How will you accomplish this feat? By shooting them all till there is no one left. To aid you in this task you get an arsenal of weapons, some of which have become legendary in the world of gaming such as the Super Shotgun, BFG and many more. If you’re a fan of shooter games that don’t rely heavily on character development and storytelling (because sometimes, you just want to get into the action), then this is the game for you.

A sequel to XCom, XCom 2 is set 20 years in the future, with aliens ruling the earth after having defeated the planet’s Legendary Defence Force, XCom. Enter a world where all seems lost to despair, with a group of outcasts still fighting to overthrow alien rule once and for all. The gameplay is strategic and thoughtful, with players required to rely on a more tactical approach to gaining ground like concealment, carrying out search and rescue missions, growing support as the new leader, researching and developing new weapons, and recruiting new fighters. Players can also expect great diversity in enemies, with new alien species added to the mix.

Titanfall 2 is a fast-paced and action-packed game that has a single player and multi-player mode. In the former, you see a veteran Titan mech and an aspiring human pilot set as the protagonists of the adventure. Multi-player offers deeper customization, more Titans, and additional pilot abilities to make things interesting. At its heart, Titanfall 2 is a shooter game, but what makes it so special is the highly fluid combat experience, especially when the game has the player juggle between running across walls, to piloting a 20-foot tall Titan. With a deep multi-player experience and engaging single player story, Titanfall 2 is ideal for fans of FPS games.

Fallout 4 offers a glimpse into Earth’s future, once mankind has done all it can to ruin the planet. The game is set in a post-apocalyptic world, with cities overrun by criminal warlords, poverty-stricken communities, and mutated beasts that pose a danger at every turn. Your mission is simple: stay alive, and find your son. As a game, Fallout has always enjoyed a cult status, thanks to the long storyline paired with thrilling adventure and combat.