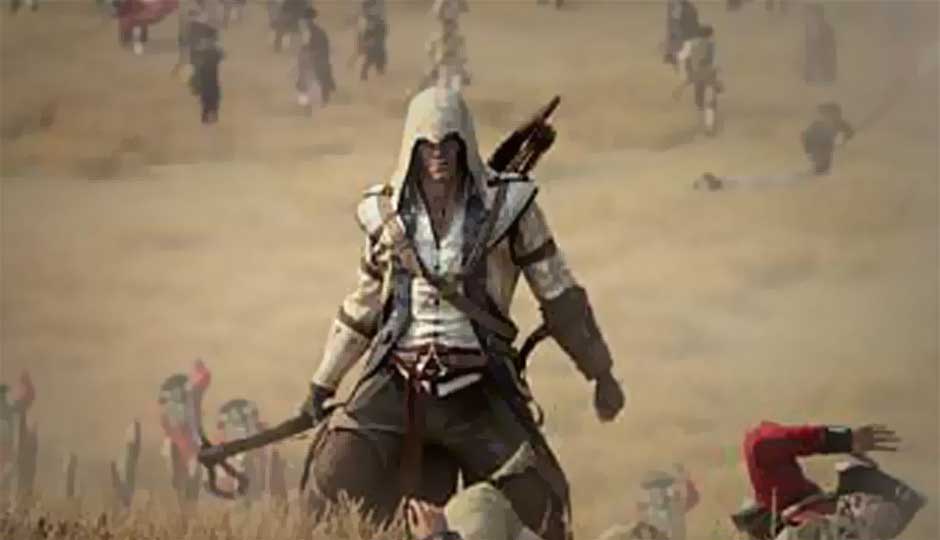 2012 Revisited: Five games that disappointed us this year

2012 was quite a good year for gaming. We saw the launch of the PS Vita in India as well as some really awesome games, which were more sequels than new IPs. Globally, Nintendo entered the HD console war with the launch of the Wii U but unfortunately; the

2012 was quite a good year for gaming. We saw the launch of the PS Vita in India as well as some really awesome games, which were more sequels than new IPs. Globally, Nintendo entered the HD console war with the launch of the Wii U but unfortunately; the system isn’t officially available in India yet.

But all wasn’t well in the world of gaming. THQ, the studio that gave us Darksiders and a plethora of other awesome games, filed for bankruptcy. OnLive, the game streaming service, also shutdown in 2012. Other game development studios also closed their doors for good in 2012. These include Monumental Games, Rockstar Vancouver, Black Hole Entertainment, Hudson Soft and many more.

Despite the good and the bad in the world of gaming, there were some games we were really anxious to get our hands on and when we did, the game didn’t match our expectations. That isn’t to say that the games are bad. We hoped for more from them.

Here’s our list of five games that truly disappointed us in 2012:

First shown off at E3 2011 we weren’t sure how the game would incorporate motion sensing but the possibilities of Kinect Star Wars being awesome were endless. To start with you could wave your hand and use the force, actually move to use the light saber and more. What we got was the ability to do a bunch of disturbing dance steps as Hans Solo and that isn’t a good thing at all.

What we wanted was the ability to pull off moves from Star Wars: The Force Unleashed and what we got was a very bad version of the Scary Movie franchise. Not a pleasant experience.

When you mix the gravity elements into a game, it’s inevitable that the game will be awesome right? Maybe? The idea of running on walls, ceiling’s, floating through gravity free zones and more seemed too good to be true. Especially if you mess with the physics of it all. What we got from the game was a copy of Gears of War 3 with some new gameplay mechanics but with the overall lack of polish. The gravity elements in the game were interesting but aren’t explored to their fullest potential. The overall experience is average and lacks the bangs and polish of an AAA gaming title. You’d do better replaying the Gears of War franchise.

You can read our review of the game here.

With the story and description of the game, Resident Evil: Operation Raccoon City could have been brilliant especially considering the universe it belongs to. Even if the game borrowed heavily from other games in the genre it would have been a worthwhile experience. Rather than scaring the pants off you, the game just leaves you frustrated. If you are in the market to scare your pants off, we suggest you take a look at Dead Space 2, Left4Dead2 or even Alan Wake.

You can read our complete review of the game here.

A video game that takes the best of Bond’s most memorable missions and puts them in one game can’t go wrong, right? Well put simply, this game will only appeal to the die hard James Bond fans especially those that consider Daniel Craig to be the best James Bond there is.

If you really want the James Bond experience on your home console, we suggest you go back to the N64 and play ‘GoldenEye’ (or the remastered version) or play ‘007 Everything or Nothing’ on the PS2. Bond still needs to make his grand entrance on the current console generation.

Despite the fact that this was one of the most anticipated games of 2012, the game failed to impress some of the most die hard fans. Don’t get us wrong, the franchise has taken a turn for the better. It’s just that we expected a lot more from a game that’s been in development since the second, and best Assassin’s Creed Game, Assassin’s Creed II.

What did we think was wrong with the game? Well, the wilderness was fun to explore but after a point it just got monotonous. The structures weren’t as hard as past games to traverse. Even though the graphics of the game look better, it is plagued with the same problems as its predecessors – texture pop in and environments get drawn in as you navigate. Add to that one of the most disappointing endings and you have a game that may appeal to fans and newcomers alike, but failed to leave a lasting impression!

You can read our detailed review of the game here.