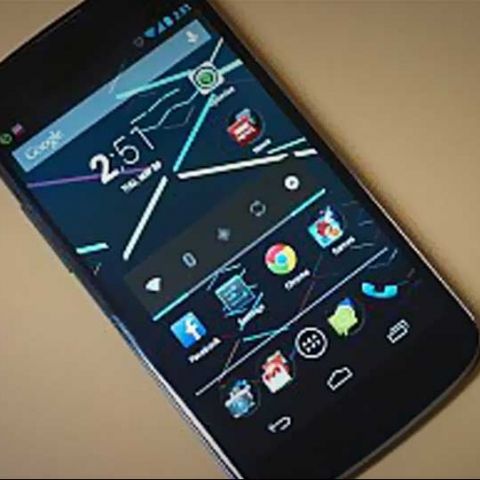 If you have been waiting for it, just go and pick it up. Itï¿½s awesome. The display is good, performance is excellent, you will be the first to receive all the Android updates and the phone simply looks gorgeous. On the downside, there is no expandable storage, the camera is lacklustre in low lighting and the earpiece has audio leaking. If you are searching for a smartphone between Rs. 25,000 and Rs. 30,000, the Nexus 4 can be at the top of your list along with the LG Optimus G, Samsung Galaxy SIII, Samsung Galaxy Note N-7000 and the HTC One X+.

It’s finally here. After months of speculation, countless pre-order listings and rumours circulating the Internet, the Nexus 4 16GB is available in India in black as well as white. We here at Digit have had the smartphone with us since January. We received it one dark night. You can take a look at our acquisition of the smartphone here.

Now that we have had ample time with the Nexus 4, we thought we’d put it through its paces and see how it compares with other smartphones available in the Rs. 25,000 price point. Does the Nexus 4 live up to all the hype created around it?

At a Glance
To start with, this is Google’s flagship smartphone and runs on Android 4.2 Jelly Bean. The Nexus 4 is made by LG and is very reminiscent of the LG Optimus G in its looks and specifications. It however has a curvier design than the Optimus G. Here’s a quick look at the specifications of the Nexus 4 against the competition.

The specifications of the Nexus 4 are at par with the competition. They are very similar to the LG Optimus G. the Optimus G has more built-in storage and a higher megapixel camera. Apart from that, the two are identical.

Design
If there is one thing that drives us crazy about the Nexus 4 is its design. I felt like Gollum from Lord of the Rings. I love and hate it at the same time. The device is curvy, slim, and sexy and definite eye candy. On the downside the back is so easily prone to scratches that all the novelty of that sexy look is lost. And there is no point in covering the back, as that is one aspect of the smartphone that has the highest show-off value.

The front of the Nexus 4 is very simple, just the display, front-facing camera and the earpiece. The bottom houses the microUSB port; the top has the headphones jack, the left the volume rocker and the right the power button. The ports and button layout is pretty standard when compared to the plethora of Android smartphones on offer.

The rear of the Nexus 4 is jaw droppingly beautiful. It has a glass back, very reminiscent of the iPhone 4 and the 4S. Under the glass back, you have a textured design that sort of glitters as light falls on it. It is beautiful and you would be wise to protect this portion of the Nexus 4 as it is very easily susceptible to scratches and won’t sustain too many drops.

Thanks to its curved edges, the smartphone is very comfortable to hold and is light weighing a mere 139 grams. One downside is that it has a unibody design, which means that the battery isn’t user replaceable. Another design flaw with the smartphone is that the speaker grill is at the back. The audio gets really muffled if you keep the phone on a table or a bed.

Despite its design flaws, the Nexus 4 is a beautiful smartphone and will definitely turn heads. It is comfortable to hold, and the 4.7-inch display is easy to use with one as well as two hands.

UI and Interface
One of the most beautiful facts about owning a Nexus device is that you get a raw Android experience. You also have access to the latest OS updates once Google publishes them. You don’t have to wait for the manufacturer of the handset to check compatibility, add the skin and then update it.

On the Nexus 4 you have access to the lock screen apps including a shortcut to the camera. From the get go you have access to the five customizable home screens that you can load with apps widgets and folders. The app and widget lister is standard Android and you can uninstall an app by long pressing it and dragging it to the top of the screen. The dropdown notification on Android 4.2 has been modified a bit. To start with, you have the normal notification dropdown but grouped notifications can be expanded. If you have four WhatsApp messages, all you need to do is drag it down to expand it and see the details. You can do this from the comfort of the notifications menu without the need to open the app. Two finger swiping from the top of the display brings up a drop down menu that gives users access to their user profile, and shortcuts to a bunch of settings such as brightness, Wi-Fi, battery, Bluetooth and more. It’s a nifty addition.

The camera app of the Nexus 4 is also very cool. The tap to focus is fast and very fluid. There is no physical shutter button rather the button is on the display. To the left of the button, you have the toggle that gives you access to switching between stills, video, panorama and a 360-degree panorama. To the right of the shutter button, you have a toggle that gives you access to all the camera settings such as HDR mode, flash controls, exposure, white balance and more.

Overall, the Nexus 4 has by far the most fluid and raw Android experience we have come across. Sure devices such as the Optimus G and the Galaxy S III too have a smooth interface but there we are quite impressed with the raw Nexus UI. If you are someone who isn’t happy with skins overlaying Android, this is interface you will appreciate.

Performance
Considering the hardware powering the device is quite stellar, here’s a quick look to see how its benchmark performance stands up against the competition.

Starting with the Nexus 4’s touchscreen, the response is brilliant. The layers between the glass and the display itself is so thin, it feels like there isn’t any gap between your fingertips on the glass and the display. This gives you quite an immersive experience while using the smartphone. The glass is also curved at the edges. This not only helps while navigating through menus and apps that require more screen real-estate, but is particularly helpful when you use the lock screen apps as they require you to swipe from one corner of the display.

The 4.7-inch display of the Nexus 4 has a 1280x768 pixel resolution giving it a 318ppi. The display is gorgeous although we have seen a better display on the likes of the LG Optimus G and the HTC Butterfly, but then again, those smartphones are priced higher.

Reading books, surfing the web was a pleasant experience on the Nexus 4. Even heavy websites loaded swiftly and with ease. Since the display supports 720p HD resolution, watching HD YouTube videos was a treat on the smartphone. The colour reproduction is clear and the viewing angles are good. To maintain the lower price point, LG has cut some corners with the display. This is very clearly evident when you place the Nexus 4 next to the Optimus G or even the HTC Butterfly. The upside is that the display is still quite fantastic.

The downside to the Nexus 4 is that it didn’t play the MKV HD or the AVI SD videos we loaded on it. The MP4 HD videos however ran smoothly. You can play all the formats on the smartphone via third party apps and they ran smoothly there but the fact that they didn’t run natively out of the box is a bummer.

The audio output from the Nexus 4’s speaker is nice, crisp and clear. But there is one drawback to this. The speaker is housed at the back of the smartphone. So if you place it on a table, or bed, the audio gets muffled. There are also times when you will play a game in landscape mode and your hand will muffle the speaker.

In terms of its gaming performance, Angry Birds Star Wars, Subway Surfer and Dead Trigger, all ran very smoothly. The gaming performance of the Nexus 4 is very good. Games lad swiftly, and they run smoothly even if there is heavy multitasking in the background. Every third party app we threw at the Nexus 4 smartphone ran smooth as butter.

Moving to the calling capabilities of the Nexus 4, and here we have some problem with it. There is a lot of audio leakage from the earpiece of the smartphone and this is disappointing. At full volume, there were a lot of people around me who could hear the person at the other end of the smartphone very clearly. This is a big downer.

The Nexus 4 houses a microSIM card so remember, you will have to cut your SIM to use this smartphone.

In terms of its battery life, the Nexus 4 has enough juice to pull through a day of heavy use. We made calls, some social networking and a lot of texting with some gaming and multimedia consumption thrown into the mix. The battery was at 100% in the morning and by 10pm it was close to 28%. This is good.

Bottom Line
The Nexus 4 is finally here and is priced at Rs. 25,990. If you have been waiting for this device, just go and pick it up. It’s awesome. The display is good, performance is excellent, you will be the first to receive all the Android updates and the phone simply looks gorgeous. On the downside, there is no expandable storage, the camera is lacklustre in low lighting and the earpiece has audio leaking. If you are searching for a smartphone between Rs. 25,000 and Rs. 30,000, the Nexus 4 can be at the top of your list along with the LG Optimus G, Samsung Galaxy S III, Samsung Galaxy Note N7000 and the HTC One X .