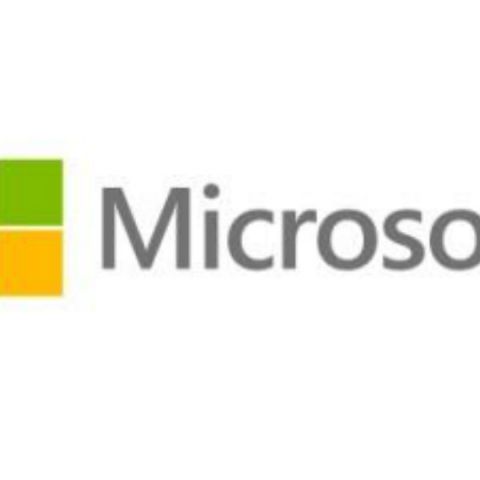 Microsoft held an event during which it introduced two new devices called the Surface Studio and the Surface Dial, alongside a more powerful Surface Book. The Surface Studio sports a 28-inch PixelSense display, and a Zero Gravity Hinge allows the screen to transition from the desktop mode to the studio mode. The Surface Dial is a peripheral, which when placed on the Surface Studio, brings up a set of digital tools specific to the app that is open. The company also revealed that the Windows 10 Creators Update will launch as a free update in early 2017

Microsoft Corp. on Wednesday unveiled a broad vision to empower a new wave of creativity with a major update coming to more than 400 million Windows 10 devices and the introduction of Surface Studio, Surface Dial and a more powerful Surface Book.

Expanding the Surface family, Surface Studio is a new class of device that transforms from a workstation into a powerful digital canvas, unlocking a more natural and immersive way to create on the thinnest LCD monitor ever built.1 With a stunning ultra-HD 4.5K screen, Surface Studio delivers 63 percent more pixels than a state-of-the-art 4K TV. Surface Studio works beautifully with pen, touch and Surface Dial — a new input device designed for the creative process that lets you use two hands on the screen to compose and create in all new ways.

Launching as a free update in early 2017, the Windows 10 Creators Update will enable anyone to create, share and experience in 3-D and mixed reality, connect people faster to those they care about most, and empower every gamer to be a broadcaster. And with the Creators Update, Microsoft Edge will be the first browser to fully embrace 3-D.

“At Microsoft, our mission is to empower every person and every organization on the planet to achieve more,” said Satya Nadella, CEO, Microsoft. “With Windows 10, Microsoft Surface and the medium of Mixed Reality, we aim to empower the builders, the makers and the creators with the tools to create, collaborate and express themselves in new ways.”

Surface Studio turns your desk into a creative studio

Surface Studio is a new class of device designed for how people naturally create and bring ideas to life. The 28-inch PixelSense™ Display immerses the user in 13.5 million pixels of pure, true-to-life color, and the Zero Gravity Hinge allows the screen to effortlessly adjust to each stage of the creative process. When the screen transitions from Desktop Mode to Studio Mode, it sits at a 20-degree angle, the same angle as a standard drafting board, making it ideal for sketching, writing and designing.

The 6th Generation Intel® Core™ processors accelerated by a discrete NVIDIA® GeForce® GPU deliver smooth and immersive graphics performance and the power to run professional programs such as Siemens’ NX™ software,2 taking people through their workflow from end to end. Now architects can sketch their ideas with the Surface Pen, put them into production using powerful 3-D modeling software, and review and mark up plans with a client, all on one device.

Surface Studio starts at $2,999 estimated retail price (ERP) USD. It is available for pre-order today in the U.S. through Microsoft Stores, MicrosoftStore.com and BestBuy.com, and will begin shipping in limited quantities this holiday with broader availability in early 2017.

Surface Dial is a new peripheral designed for the creative process. It integrates with Windows 10 to work with Surface for a faster and more intuitive way to scroll, zoom and navigate. The Dial also enables a set of unique experiences exclusive to Surface Studio. When you place the Dial directly on the screen, it brings up a set of digital tools specific to the app that is open, allowing people to more seamlessly move through their workflow. For example, with Surface Dial, artists can change the color or the size of their brush tip as they paint without ever moving the pen away from the screen. The combination of Dial, pen and touch creates a more immersive and tactile way for people to create in digital environments. Partners like BlueBeam Inc.,2 Drawboard,2 Mental Canvas,2 Siemens PLM Software,2 Silicon Benders,2 Smith Micro Software, Inc.2 and StaffPad have already optimized their software to take advantage of the new experiences Surface Dial provides.

Surface Dial is available for pre-order today in the U.S. through Microsoft Stores, MicrosoftStore.com, select Best Buy locations and at BestBuy.com, and will be available for $99 ERP USD starting Nov. 10

The most powerful Surface Book yet

Surface Book with Performance Base starts at $2,399 ERP USD. It is available for preorder today at Microsoft Stores, 4 MicrosoftStore.com and select retailers in the U.S., Canada, Australia and New Zealand, and is available starting Nov. 10.

Empowering everyone to create, share and experience in 3-D

With the Windows 10 Creators Update, Microsoft unveiled a comprehensive vision across hardware and software to bring 3-D to everyone.

Microsoft introduced a new way to bring your ideas to life with Paint 3D. Building on the popularity of Microsoft Paint, with more than 100 million monthly users on Windows, Paint 3D will be your all-new, easy-to-use 3-D art studio. The company also introduced the new online community Remix3D.com, connecting creators and creations around the world. Remix 3D will enable all-new scenarios for creators, including the ability for Minecraft players to share their 3-D creations broadly with the Remix 3D community.

To inspire a new wave of creativity, Microsoft is partnering with Trimble to bring the 3-D modeling program Sketchup — and its millions of creators and creations from 3D Warehouse — to Remix3D.com.

To further demonstrate the possibilities of 3-D in Windows 10, Microsoft showed how easy it is to use your phone to capture a real-world object in 3-D — like a sand castle from your family vacation — to save, personalize and share as a 3-D memory or photo. To bring your ideas to life, Microsoft is also adding support for 3-D in Word, Excel and PowerPoint over the next year, which means with the Windows 10 Creators Update, Office features will work seamlessly with 3-D models.

Everyone is welcome to start creating and sharing in Paint 3D today by joining the Windows Insider Program at insider.Windows.com. To learn more about 3-D in Windows 10, go to https://www.remix3d.com/

Empowering everyone to experience mixed reality

Mixed reality blends the virtual world with the real world to change the way people create, communicate, learn and play across virtual reality, augmented reality and everything in between. To demonstrate the possibilities of mixed reality, the company showed a proof of concept together with Houzz — a leader in home renovation and design. Using the Microsoft Edge browser on HoloLens, Houzz users could preview products in their own home before they buy. Microsoft Edge was the first browser to bring inking to the web, and will be the first browser to fully embrace 3-D.
The Creators Update will be the most powerful and affordable way to experience mixed reality. Microsoft announced that HP, Lenovo, Dell, Acer and ASUS will ship the first VR headsets capable of mixed reality through the Creators Update. Coming in 2017, these accessories will contain built-in sensors to enable inside-out, six-degrees of freedom for simplified setup and to more easily move around your home as you experience virtual worlds —no markers required.

Less powerful VR accessories today start at over $500 ERP USD. With the Windows 10 Creators Update, the new VR accessories will work with affordable laptops and PCs and start at just $299 ERP USD.

Windows 10: the best platform for 4K gaming and in-game broadcasting
Gaming has exploded in popularity as both spectator entertainment and as a sport. The Windows 10 Creators Update will make it easy for every gamer to create and enjoy live game streams and customized eSports tournaments on the fastest, most reliable multiplayer network, Xbox Live.5
The Creators Update will include Beam system integration on Xbox One and Windows 10 for interactive broadcasting and viewing of gameplay on Xbox Live, with even more features yet to be announced. And with interactive broadcasting, you don’t just watch your favorite streamer play, you interact in real time right along with them.

The Creators Update will also bring the power of user-generated tournaments via Arena on Xbox Live, where anyone can define the rules of competition, invite friends and track tournament progress seamlessly across devices, whether it’s on Windows 10 or Xbox One.
Plus, with a Windows 10 gaming PC, you’re able to play games like “Forza Horizon 3,” “Gears of War 4” and more in 4K,6 the highest possible visual fidelity that this holiday’s biggest blockbusters can deliver.

With MyPeople, you can pin your favorite contacts to the Windows task bar and easily drag and drop any document, photo or video right on top of the contact for easy sharing. Get unique notifications, called “Shoulder Taps,” from your most important people and easily open and see an integrated view of emails, IMs, shared documents and more, all in one place. The Windows MyPeople experience will be integrated across Universal Windows Platform (UWP) apps for easy sharing.