OnePlus Band has officially made its debut in India marking the company’s foray into the smart wearables segment. The new fitness tracker is affordable and is packed with features like a blood-oxygen saturation monitor, heart rate sensor and more. OnePlus also claims 14-day battery life for the Band and it pairs with the OnePlus Health companion app.

From tracking your sleep and heart rate to tracking your favorite cricket shot, with the #OnePlusBand you can truly be #SmartEverywear.

This is the new face of fitness pic.twitter.com/N5NgHzmQOE

OnePlus is also working on a smartwatch that's expected to make its debut soon, as revealed by CEO Pete Lau. The OnePlus Watch, as it is rumoured to be called, could be unveiled alongside the OnePlus 9 series which is also rumoured for a mid-March launch.

OnePlus Band is priced at Rs 2,499 in India and will go on sale from January 12 for OnePlus Red Cable Club members and from January 13 across Amazon India, Flipkart, OnePlus India website and OnePlus offline stores. The company has also unveiled straps for the band in Navy and Tangerine Gray colours and it is priced at Rs 399. 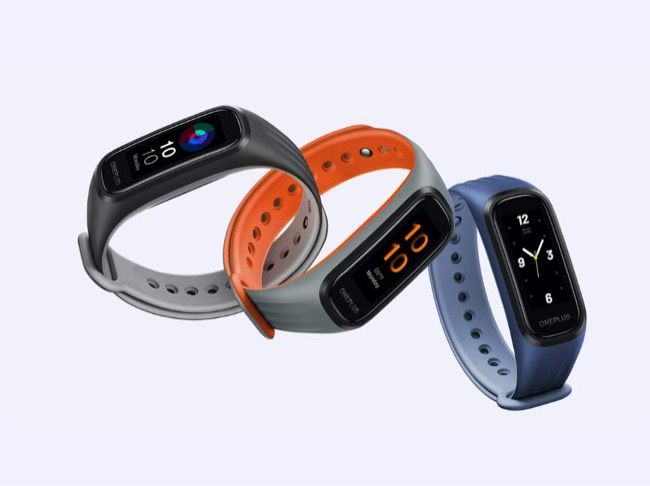 OnePlus Band is a fitness tracker that is capable of monitoring and tracking your activities as you go about your day. The OnePlus Band features a 1.1-inch AMOLED touchscreen with 294x126 pixels resolution and an option to tweak brightness. The fitness band is detachable and the main tracker weighs 10.3 grams while with straps the OnePlus Band weighs 22.6 grams.

The OnePlus Band is 5ATM and IP68 certified making it resistant to dust and splashes of water and it can survive underwater for upto 30 minutes. It is equipped with a SpO2 blood-oxygen saturation monitor along with an optical heart rate sensor, 3-axis Accelerometer and Gyroscope. Users will be able to track their blood-oxygen saturation levels, sleep cycle and monitor heart-rate in real-time.

Besides, the OnePlus Band is capable of offering upto 14-day battery life on a single charge. It is equipped with a 100mAh battery and charges via a charging dongle that is provided in-the-box.