Xiaomi Mi 5s is tipped to be an upgraded version of the company's current flagship, the Mi 5 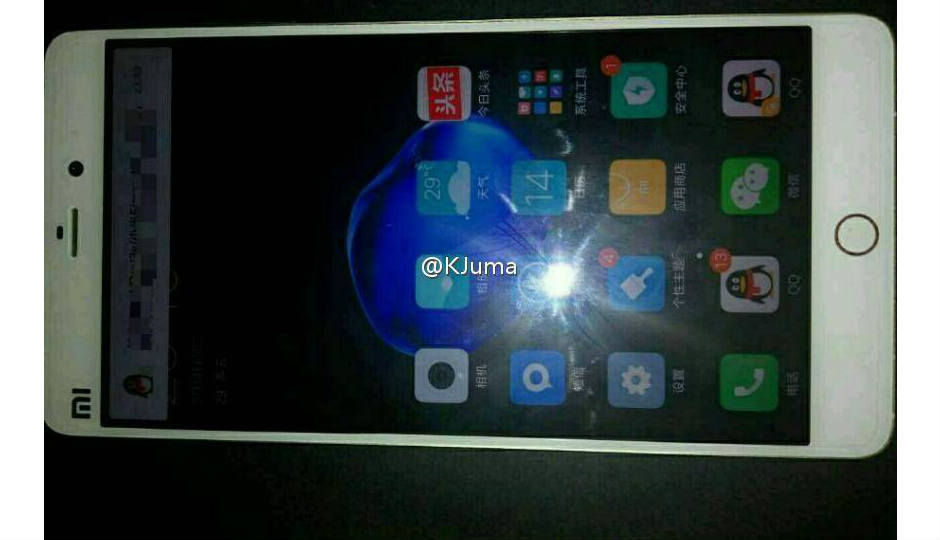 Earlier this month, benchmarks allegedly of the Mi 5s were leaked online via an Antutu listing. Now an image allegedly of the device has surfaced courtesy of Weibo user, @KJuma. According to rumours, Xiaomi will launch two new phones, the Xiaomi Mi Note 2 and the Mi 5s soon. Previous leaks suggest that the new phones will be powered by Qualcomm’s Snapdragon 821 SoC. The new chisept is a more powerful variant of the Snapdragon 820, which is currently being used by most flagship smartphones today.

The Qualcomm Snapdragon 821 uses the same quad-core setup. However, the cores are clocked higher compared to the one on the Snapdragon 820. The Xiaomi Mi 5s is also expected to be available in 4GB and 6GB RAM variants with storage options going up to 256GB. The device is suggested to feature a 5.15-inch display with a resolution of 1920 x 1080 pixels, with a pressure sensitive screen. The new phone is expected to feature a camera setup simialr to the Xiaomi Mi 5. This would mean a 16MP rear camera, with 4 axis OIS (Optical image stabilization) and PDAF (Phase detection autofocus). Further, the device is speculated to feature an 8MP front facing camera with f/1.8 aperture, which would be an upgrade over the Mi 5.

Rumours also suggest that new Mi 5s will feature a 3490mAh battery, which will support Qualcomm’s Quick Charge 3.0 technology. Judging by the image, the device looks similar to the Mi 5, with the exception of the small round button below the display. 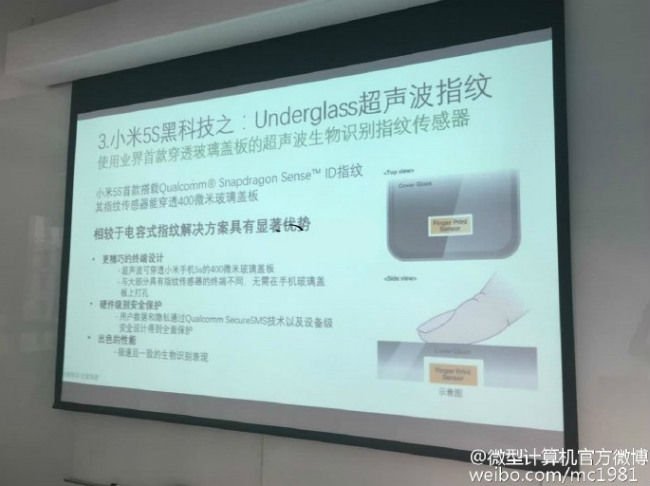