The firmware files of Huawei’s upcoming flagship smartphone reveal conflicting display resolutions. The discrepancy is speculated to be due to the presence of a notch on the device’s display. 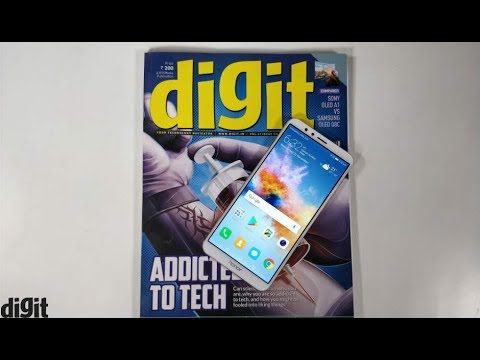 Similar to the Apple’s iPhone X, Huawei is also reportedly working on a  flagship smartphone which may come with a notch design on its display. According to a report by XDA Developers, it could be the alleged upcoming flagship smartphone by Huawei, the P11. The report said that digging into official Huawei firmware files revealed configuration files which indicate the presence of a notch. The tip is in the form of an overlay image that's referenced in a configuration file which defines the “RoundCornerDisplay.”

XDA says that there are many files associated with the aforementioned configuration file. They all seem to assist in “obscuring parts of the screen” to accommodate the display’s unusual configuration. One of the system build properties named ‘notch’ is also directly referenced in a configuration file, which reaffirms that the Huawei could indeed be making changes in their firmware files for the new display. An image has also been recreated by XDA using the firmware files.

Apart from the configuration files, there is a discrepancy in the display resolution of the alleged Huawei P11. As per the firmware files, the P11 comes with a 6.01-inch display with 2160 x 1080p resolution, but the boot animation, charging images and a system property indicates that the phone also implements a 2244 x 1080p resolution. XDA says that the mismatching resolution is for adapting apps to the notch.

The upcoming Huawei flagship smartphone is codenamed EMILY and could come in single and dual-SIM variants, the report says. It is expected to be unveiled during Mobile World Congress 2018 and could be powered by the company’s own Kirin 970 SoC. It is said to run on EMUI 8.0.1 and the codename points towards the Huawei P11. Currently, this is being speculated as per the firmware files and should be taken with a pinch of salt until Huawei makes an official announcement.