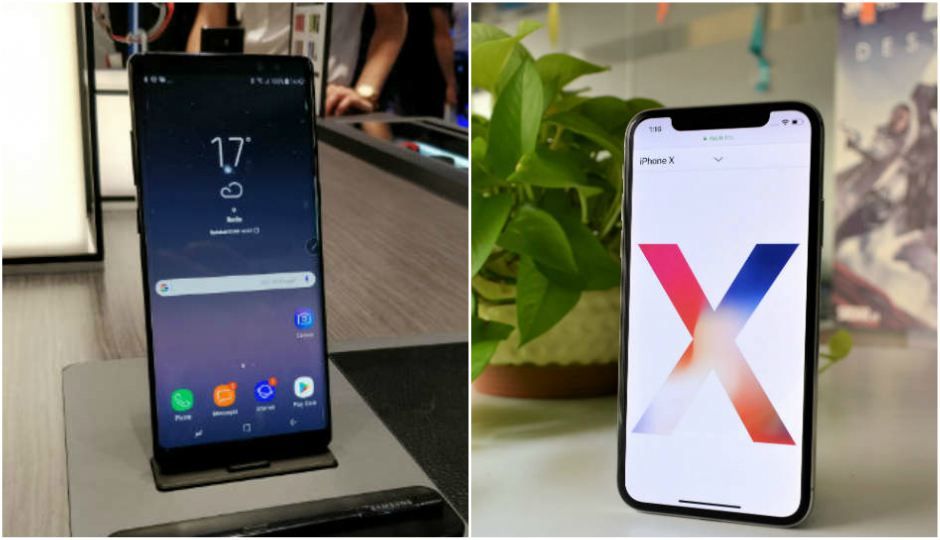 A test carried out by Consumer Reports, in conclusion, has ranked the iPhone X lower than the Samsung Galaxy S8, Galaxy S8+, and the Note 8. Apple’s flagship smartphone shines in terms of display and camera setup but falls short on battery life.

Testing Apple’s flagship smartphone, the iPhone X, Consumer Reports (CR’s) has said that the device ranks below the Samsung Galaxy S8, Galaxy S8+, and the Note 8. The main reason behind the verdict is touted to be the superior battery life on the three Samsung smartphones. The report also said that users who want to stick to the iPhone, should consider the iPhone 8 or the iPhone 8 Plus smartphones.

Consumer Reports said, “Taken as a complete package, this phone ranked a bit lower than Samsung’s S8, S8+, and Note8, mainly because of their superior battery life. But many longtime iPhone users aren’t interested in switching to Android, so the real question for them is whether to save a few bucks—or, actually, a couple hundred—and go with an iPhone 8 or 8 Plus instead.”

The battery tests on the iPhone X, as per CR, lasted around 19.5 hours. In comparison, the same tests for the Samsung Galaxy S8 and iPhone 8 Plus resulted in 26 and 21 hours of battery life respectively.

Even though the iPhone X didn’t top the test, it received praises for its good camera results in CR’s testing. The report also said that the device sports one of the “best displays the testers have ever seen on a phone.” It said, “The Face ID works very effectively. The phone seems to unlock as soon as you pick it up and even think about making a call. Its gesture system takes some getting used to, but it’s not overly cumbersome or difficult to use.”