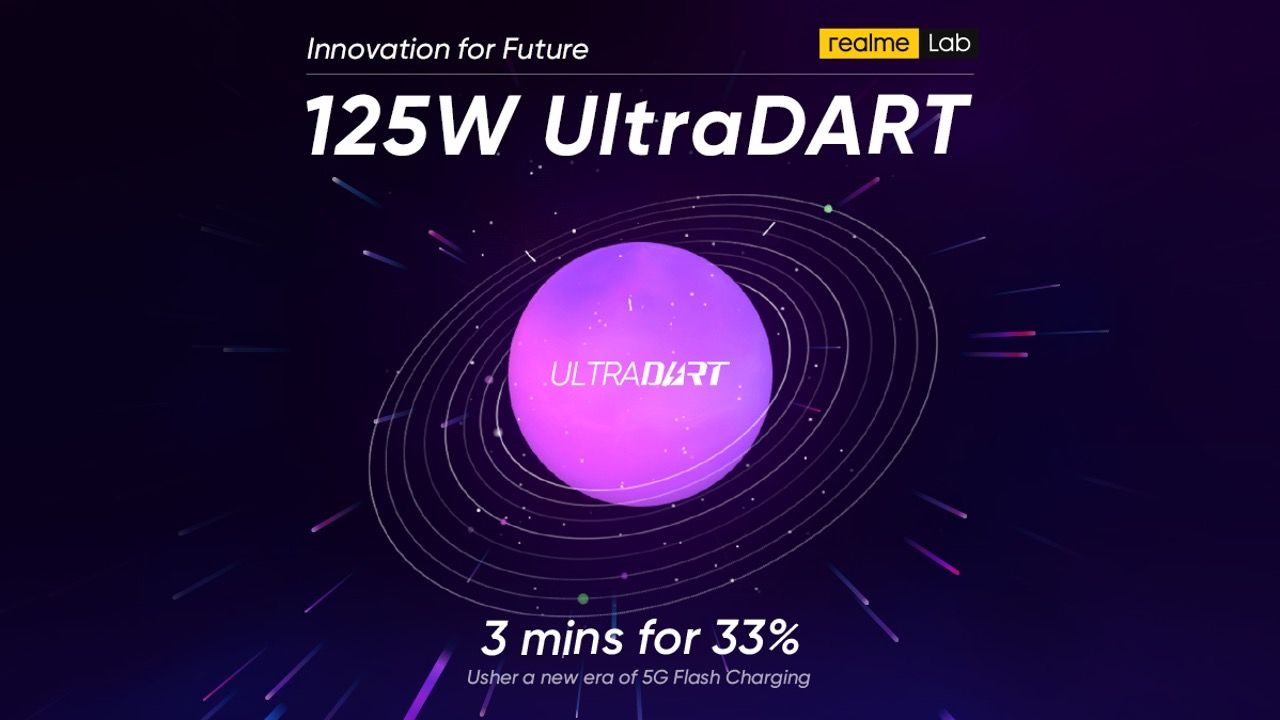 Realme says that its UltraDART fast charging technology is capable of charging a 4,000mAh battery 5G smartphone from 0-100% in 20 minutes which is a significant upgrade over the 65W fast charging that we have seen in the Realme X50 Pro. “Compared to all other flash charging options, the 125W UltraDART Flash Charging technology is a significant and technologically advanced solution to enhance battery life and ensure long-lasting performance,” Realme said in a statement to the press.

The company claims that it has dedicated temperature controls built into the adapter which lets it keep charging temperatures well under 40-degrees in order to provide an efficient and long-lasting fast charging experience. The UltraDART flash charger comes with multi-layer protection measures that ensures a safe ans secure charging experience without issues like voltage surge and you can even charge a compabible phone with 125W charger when the screen is on or when playing games as well.

Relame has also hinted at its plans to bring 125W fast charging to “all price segments” instead of just flagship phones which means that we could see more affordable phones with support for UltraDART fast charging. Realme X50 Pro that the company sells in India features 65W fast charging  and recently went on sale after a long hiatus.

Realme hasn’t revealed as to when can we see a commercial product with 125W UltraDART flash charging built-in, but going by some rumours we could soon see companies such as Oppo and Realme bring smartphones with 125W fast charging to the markets. If you’re looking for the top fast-charging smartphones in India, we have compiled a list here.