Huawei has finally lifted the curtains off the Ascend P2. The impressive new smartphone boasts of a 1.5GHz quad core processor, 1GB of RAM, a 13MP BSI camera, and a 4.7-inch IPS 720p HD display. 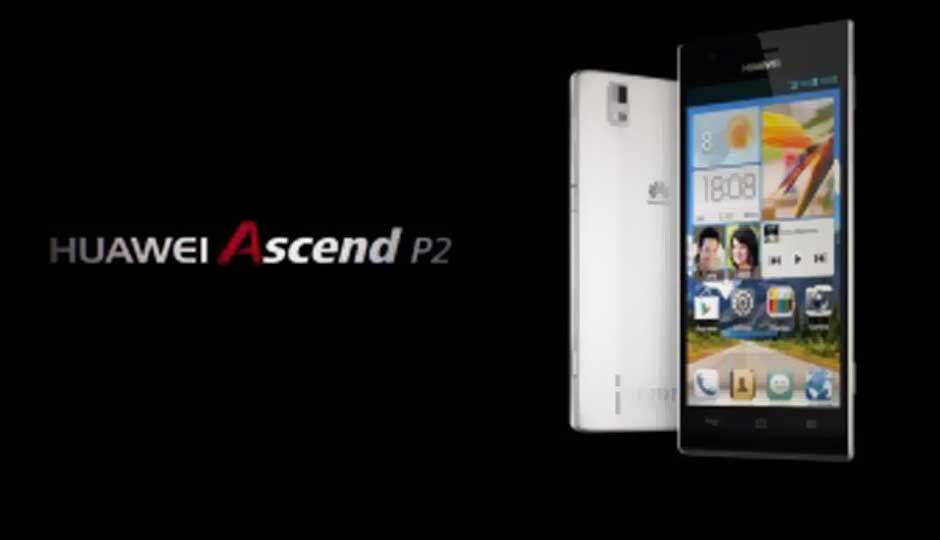 After weeks of speculation, we finally have concrete information about the Huawei Ascend P2, with the company officially unveiling it at MWC 2013. The smartphone boasts of a 4.7-inch IPS display with 720p resolution giving it a 312-pixel density. The display also boasts of Gorilla Glass 2 making it a sturdy and scratch resistant. The touchscreen allows users to navigate the display with gloves or your nails, much like the Nokia Lumia 920.

Under the hood, a 1.5GHz quad-core Huawei K3V2 processor along with 1GB or RAM power the Ascend P2. It houses a 13MP BSI autofocus rear camera with LED flash, capable of HDR and recording 1080p HD video. It also houses a 1.3MP front-facing camera for video calling, capable of 720p HD video recording. Huawei calls the Ascend P2 the "World’s Fastest 4G LTE Smartphone," capable of 150Mbps download speeds. As for other connectivity options, it comes with 3G with HSPA, Wi-Fi, Bluetooth, GPS and NFC. The smartphone runs on Android 4.1 Jelly Bean skinned with Huawei's Emotion UI v1.6. It also has a rather large 2420mAh battery.

The Ascend P2 is expected to hit store shelves in Q2 of 2013, though no pricing has been. Orange however, announced that it will be launching the device in France in June 2013, for 450 Euros, giving us an indication of pricing.

"We’re pleased to be working with Huawei again to enable our customers to have easier and faster access to all their favorite content,” said Yves Maitre, Senior Vice President, Mobile Multimedia & Devices, Orange. “We are impressed by the design and look forward to putting the Ascend P2 into the hands of consumers as soon as possible."

"The technological capabilities of the HUAWEI Ascend P2 will enable our customers to have the fastest access to all their content, with speeds up to 150 Mbps on our brand new 4G network," said Florence Paour, Device Marketing Director, Orange France.

Richard Yu, CEO of Huawei Consumer Business Group, also spoke about the device: “Ascend P2 is the perfect combination of elegance and power, and further proof that there’s no need to compromise when desiring a perfect smartphone. It is evidence of the outstanding smartphone experiences and great technology that we are committed to bringing to consumers globally.”

The consumer is spoilt for choice if he wishes to pick up a smartphone this year. You have the HTC One from HTC; the Xperia Z from Sony and Samsung has just confirmed that its next-gen flagship smartphone, the Galaxy S IV will be unveiled at the March 14 event.