Leak suggests 6 variants for the OnePlus 3

OnePlus 3 is likely to be powered by a Qualcomm Snapdragon 820 SoC, few variants may have 6GB of RAM 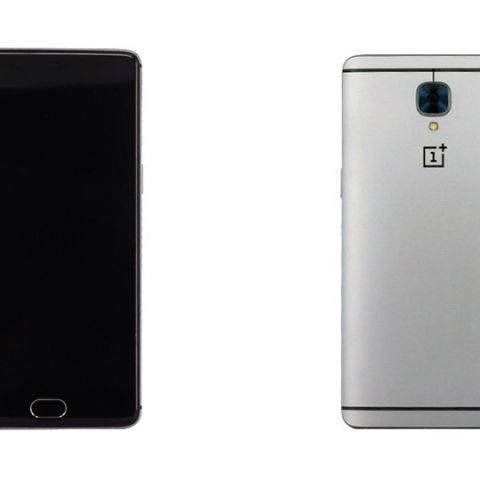 New leaks which have surfaced online over the weekend suggest that the upcoming OnePlus 3 smartphone might be available in six variants with different storage and RAM combinations. Also, a latest Geekbench listing suggests that at least one variant will have 6GB of RAM. OnePlus 3, which is supposed to be launched later this month on June 14, is likely to be powered by Qualcomm Snapdragon 820 SoC. OnePlus has already announced that the phone will be sold invite-free.

The phone was listed on Oppomart recently and if the listing is to be believed, the phone is likely to be available in three storage variants — 32GB, 64GB and 128B. Now, this listing suggests that the phone will be available in 4GB and 6GB RAM, which could mean six variants in total. According to the listing, the device has a 5.5-inch display, with 1080p resolution. It features a 16MP camera, which is aided by OIS (optical image stabilization) and is likely using an IMX 298 sensor by Sony. The secondary camera is listed as an 8MP on the site. The phone is also likely to feature a fingerprint scanner as well. The OnePlus 3 variant listed on Oppomart is priced at $369 (Rs. 24,800 approximately)

OnePlus 3 was also spotted in a separate listing on the Geekbench website. According to the Geekbench listing, OnePlus 3 A3003 is featuring a Qualcomm Snapdragon 820 and 6GB of RAM. The device scored 2394 in the single-core benchmark and 5635 in the multi-core benchmark. 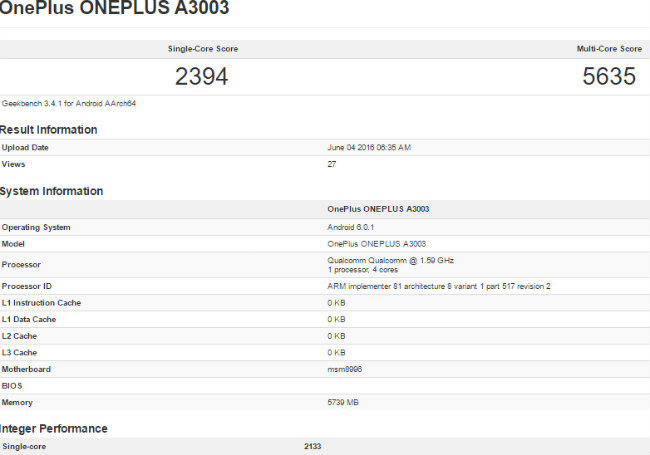 OnePlus will be launching the phone in VR once again and the company is already selling a new VR headset in partnership with ANTVR. There are only 30,000 units to be sold. The OnePlus 3 will also become the first phone to be sold directly in VR on the day of launch.