The phone sports a 5.99-inch HD+ display with an 18:9 display aspect ratio, and sports a dual-rear camera setup. 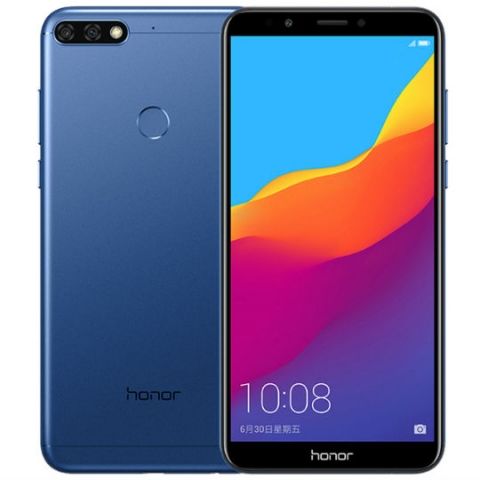 Honor has launched new the 7C smartphone in China. As the name would suggest, the smartphone is pretty similar to the Honor 7X, but with slightly lower specifications. It sports a 5.99-inch HD+ display with an 18:9 display aspect ratio. At the back, the Honor 7C sports a dual-rear camera setup with a 13MP unit that is aided by a 2MP depth sensing camera. At the front is a single 8MP camera. The fingerprint sensor is located on the back of the phone and it also comes with Face Unlock. The phone runs EMUI 8.0, which is based on Android Oreo.

The Honor 9 Lite was the last smartphone launched by the company in India. It too sports an 18:9 display aspect ratio with 5.65-inch display. The device comes with a quad-camera setup consisting of dual-rear cameras at the front and back of the device. The Honor 9 Lite is powered by a Kirin 659 SoC. It is available in two variants, one with 3GB RAM and 32GB storage, and the other with 4GB RAM and 64GB storage. You can read our review of the phone here.