Asus has pushed out a new OTA update for the Zenfone Max Pro M1, which alongside the face unlock and faster fingerprint scanning, updates the device’s security patch to April 2018. 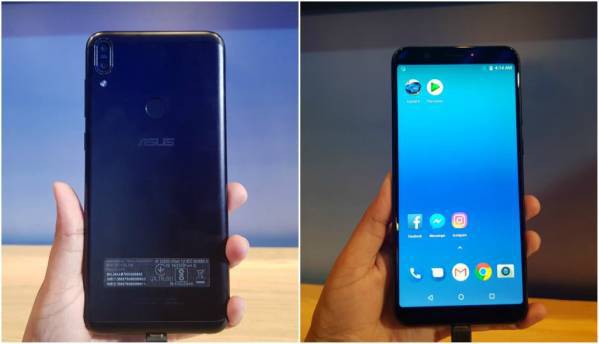 The Asus Zenfone Max Pro M1, which is a direct competitor to the Xiaomi Redmi Note 5, is now on pre-order today. The company has also rolled out a new update for it, which brings the face recognition feature to the device and updates its Android security patch level to April 2018. It’s a hefty update, which is about 125MB in size and as per the changelog, it brings some improvements to the smartphone’s camera by optimising the colour correction, low light photography, HDR Algorithm, and more. There are also improvements in audio, battery, gyroscope and the response time of the fingerprint sensor.

As mentioned above, the Asus Zenfone Max Pro M1 was announced on April 23 under the company’s strategic partnership with Flipkart. The smartphone comes in two variants, one with 3GB RAM and 32GB ROM priced at Rs 10,999 and another with 4GB RAM and 64GB ROM, which is priced at Rs 12,999. There are two colour options to choose from, Deepsea Black and Gray. Asus will also soon announce a 6GB RAM and 64GB storage version of the device, which will be priced at Rs 14,999 and will come with upgraded 16MP front and rear cameras as well.

In terms of specifications, the Asus Zenfone Max Pro M1 features a dual-rear camera setup and comes with the Full View display of 18:9 display aspect ratio. It runs on stock Android Oreo and Asus has said that the device will receive next two major Android updates, up to Android Q. The smartphone features a 5.99-inch IPS full HD+ display and is powered by the Qualcomm Snapdragon 636 SoC with Adreno 509 GPU. The display comes with Trupallete and Ecopix features, which are said to deliver better colour reproduction and contrast ratio respectively. You can read our review of the smartphone here.

In the camera department, the Zenfone Max Pro M1 features a 13MP + 5MP dual-rear camera setup and on the front, it is equipped with an 8MP sensor. Both the front and rear cameras come with an LED softlight. The dual-SIM Asus Zenfone Max Pro M1 is equipped with 5 magnet speaker and an NXP smart amplifier that is said to enhance the device’s audio quality and the smartphone supports face unlock as well, which is now enabled via the update. The smartphone comes with a fingerprint sensor on the back and is powered by 5000mAh battery, which Asus claims can deliver up to 42 hours of 3G talktime and up to 25.3 hours of full HD video playback. The company claims that the battery gets fully charged in 2 hours and 42 minutes.

You can read our review of the Asus Zenfone Max Pro M1 here.