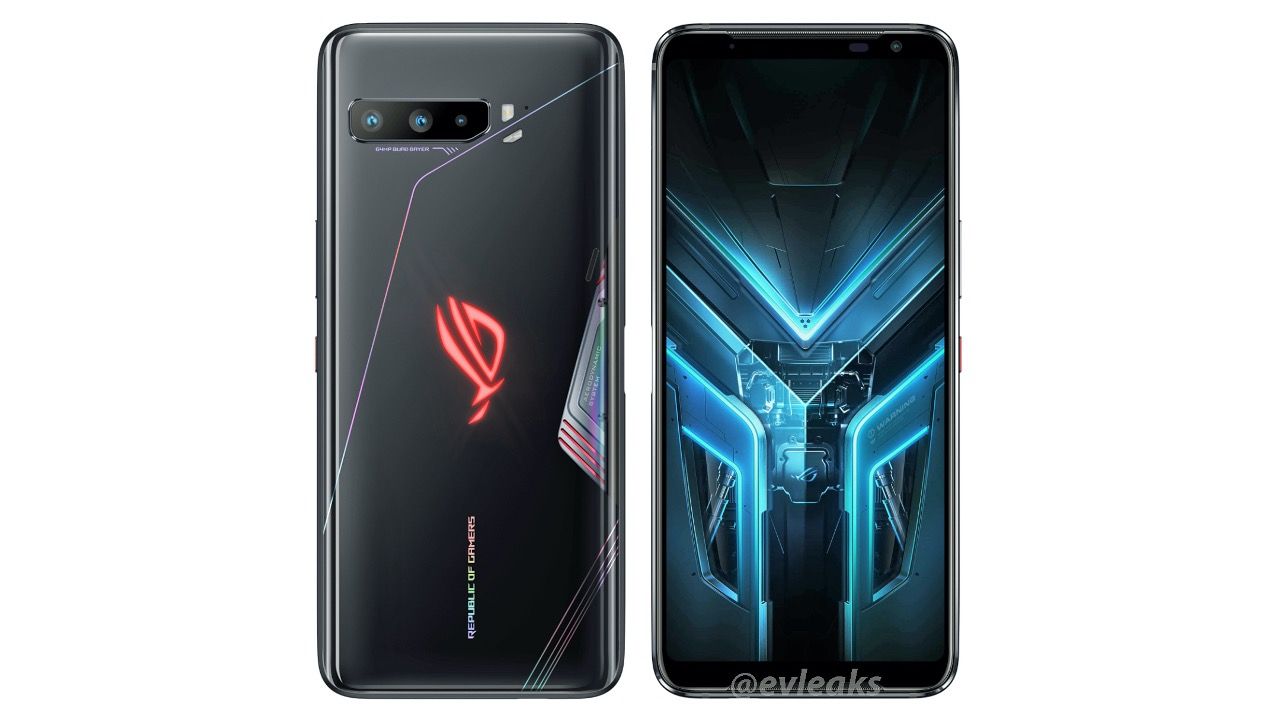 The ASUS ROG Phone 3 is launching in a few hours and if you would like to see the launch event, you can do so in the video below. The ASUS ROG Phone 3 is confirmed to run on the Qualcomm Snapdragon 865+ platform. Other specifications of the smartphone are not yet confirmed, but the rumour mills have churned out enough information to give us an idea of what the phone will be capable of. So let’s take a look at everything we know about the upcoming Asus ROG Phone 3

The Asus ROG Phone 3 will launch tonight via a live stream. The live stream will kick off at 8:15 PM and you can watch it in the video below. During the launch event, we expect to see a lot of gaming prowess shown off in the device along with some demos. In the past, we have seen the Asus ROG phone sport gaming accessories as well, and we expect the same to be shown off here.

As we’ve stated above, at the heart of the ASUS ROG Phone 3 will be a Qualcomm Snapdragon 865+ SoC. However, other specifications of the smartphone have been a part of the rumour mill for some time now. The device is expected to feature a 6.59-inch Full HD+ (2340 x 1080 pixels) AMOLED display. It is expected to come with a refresh rate of 144Hz, a feature exclusive to the PC gaming space thus far. The display is also expected to be HDR10+ certified, which will let you watch content from OTT platforms like Netflix in HDR.

The Qualcomm Snapdragon 865 chipset is an octa-core CPU running at 3.09GHz and it also comes with Adreno 650 graphics. The phone will reportedly be offered with 12GB/16GB RAM and 256GB/512GB/1TB storage variants. The triple rear camera setup could have a 64MP primary camera while on the front, the ROG Phone 3 could sport a 13MP selfie camera.

Under the hood, the smartphone is expected to be powered by a 6,000mAh battery with support for 30W fast charging.

Will the ASUS ROG Phone 3 Have Air Triggers?

A very gamepad controller like feature on past ROG phones was Air Triggers. These are ultrasonic pressure-sensitive sensors placed on the side of the phone and can be pressed using the forefingers, much like the triggers on a gamepad controller. These are quite useful when playing shooter games like COD Mobile or PUBG Mobile.  We think they will be available on the ROG Phone 3 as well.