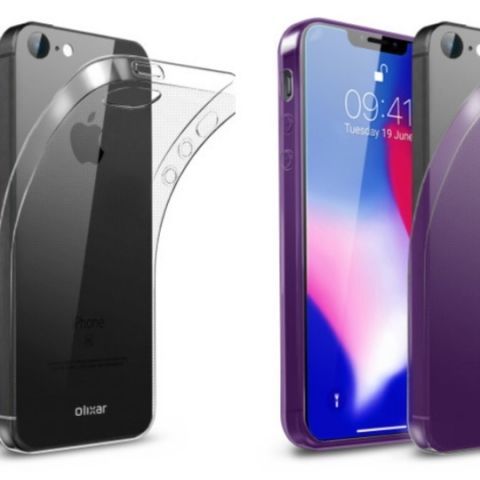 Rumours regarding the iPhone SE 2 keep on growing louder. This time around, case and screen protector manufacturers, Olixar has started accepting pre-orders for cases and screen protectors for the device. The listing also showcases the renders of the smartphone. The renders suggest that the device will features a near bezel-less design, similar to the iPhone X, with a notch on top.

9to5mac reports that both the screen protector and the case are based on schematics that the manufacturer received from chinese factory sources. However, the report itself doubts if this would indeed be the final design as it is unlikely for Apple to introduce a design language form its current flagship device on to a cheaper handset. The report also notes that the notch on top of the display is smaller than the one found on the iPhone X. It is possible that the iPhone SE 2 may not feature FaceID, and instead may user the notch to hold a single front camera, earpiece and sensors. However, this does bring up another problem as it would mean that the phone may not offer Face or Touch ID.

These renders also lineup with CAD renders that were leaked a while back. There also doesn’t seem to be a 3.5mm audio jack on the device either. So it seems like Apple has ditched the audio jack for good.

The iPhone SE 2 was also spotted on ECC filing a few weeks back and suggests that the phone may features a 4.2-inch display and may be powered by a upgraded Apple A10 Fusion SoC with 2GB of RAM. It is tipped to be equipped with a 1700mAh battery and it is possible that the phone may feature a glass back for wireless charging. Further, the device is expected to feature a 12MP iSight camera with support for 4K, while at the front, it may have a 5MP unit.

Apple is scheduled to host its WWDC developer conference from June 4 to 8 and it is possible that the iPhone SE 2 might be unveiled during the event. Noted KGI securities analyst, Ming-Chi Kuo believes that Apple might also announce a reduction in the cost of its MacBook Air lineup of laptops.