Microsoft is rolling out Build 10240, said to be the final RTM build of Windows 10, in Insider circles today 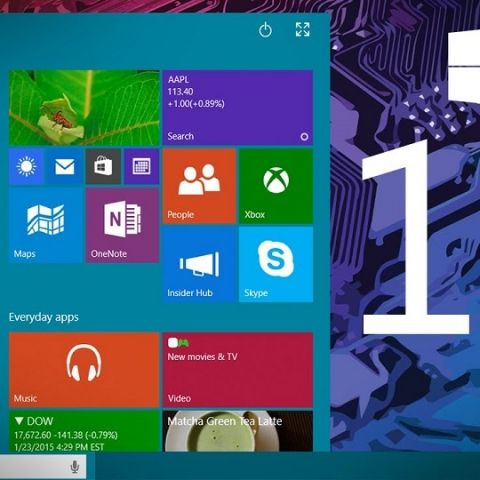 Microsoft has started releasing Build 10240, said to be the final release-to-manufacturing (RTM) build of Windows 10, in its Insider circles. A report by The Verge believes that Microsoft is signing the build off internally today, allowing PC manufacturers to start loading machines with Windows 10 to prepare for its July 29 launch.

Windows 10 has been widely reported and highly anticipated. Microsoft has stated that this will be the final version of Windows, meaning that Windows will get continued service updates over time. It also features a host of new features, on top of a faster and more stable environment. Microsoft CEO Satya Nadella has recently stated in an interview about the seamless integration Windows 10 will be capable of providing across computers, tablets, consoles and mobile phones. Alongside, Microsoft has fired up a new Edge browser in place of the (really) old Internet Explorer, new Music and Photos applications, the return of a Start menu, improved Store and an intuitive virtual assistant, Cortana.

Microsoft has stated earlier that the Windows 10 update will be rolled out for free, in phases across all users. Windows Insiders will be the first ones to receive the update, followed by new devices and then the others as an update. Gabe Aul posted about the new Windows Build on Windows Blog, "Over the past few days we’ve been preparing our release pipelines and processes, and this build is one step closer to what customers will start to receive on 7/29." He has also claimed that Microsoft's new Edge browser is "blazing fast", tallying JavaScript data against Chrome and showing Edge to be 112% faster on WebKit Sunspider, 11% faster on Google Octane and 37% faster on Apple JetStream against the Chrome browser.