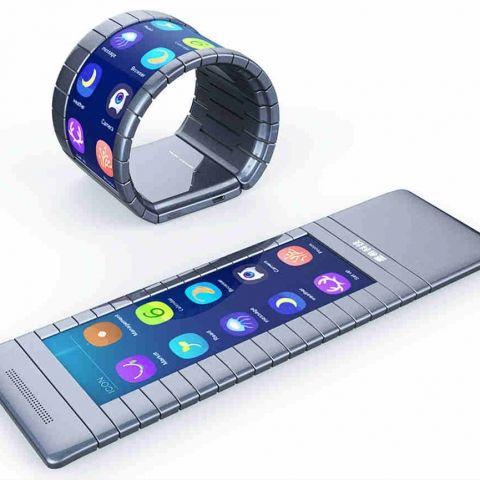 Moxi Group, a startup based in Chonquing, China, claims that it is planning to sell the world’s first bendable smartphones later this year. The company is essentially preparing to ship 1,00,000 flexible devices in China, and each will cost 5,000 Yuan (Rs. 53,000 approx).

The smartphone will be long and thin, with a narrow screen and a battery attached to the bottom. The device will be able to bend completely around and users can wear it as a bracelet around their wrist. Flexible smartphones have previously been developed by researchers and electronic companies. Moxi declares that it would be the first commercially sold bendable smartphone.

Moxi Group, officially named Chongqing Graphene Tech Co., has used Graphene as the primary material to create this smartphone. The company’s name Moxi is pronounced as ‘mou-she’, which is short for the word 'graphene' in Chinese. Graphene is a light, flexible conductor material which has properties of being ultra-thin and of high strength. It was created by researchers at the University of Manchester, in 2004.

The initial version of the bendable smartphone will have a black and white e-ink display, akin to the display seen in Amazon's Kindle readers. Reports state that the drawback of this display is that it has to refresh to show different images, and thus, is not a very efficient one for playing videos. According to Bloomberg, Chongsheng Yu, Executive Vice President of Moxi, said that since the version has a black and white screen, it will consume less power. He also added that a colour screen and international market distribution might arrive in the future.

“If they’re going to release it commercially this year I’d be thoroughly impressed. If you have a low-resolution black and white screen that is not terribly reliable, then that’s not a commercial prospect”, said Aravind Vijayaraghavan, Graphene researcher at University of Manchester, to Bloomberg.

Notably, Samsung has been working with flexible touchscreens using Graphene for years, but this technology has not been used by Samsung in any commercial product, yet.