3D printers to print out electronics cheaply in the near future 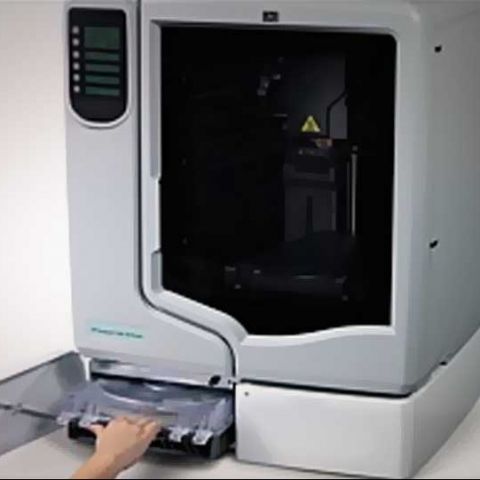 Thanks to researchers at the University of Warwick, you might be “3D-printing” your own gadgets at home in the near future. The think tanks at the University have created a simple and inexpensive conductive plastic composite that can be used to produce electronic devices using the 3D printing process.

The material has been dubbed “Carbomorph” and will allow printing of electronic tracks and sensors right into the 3D printed object, in the process, allowing the printed gadget to have touch-sensitive areas. The team has successfully managed to print out game controllers with touch sensitive buttons and mugs that can tell how full they are. What’s next is to take this process further and “print” more complex designs, including wires requires to connect devices to computers.

Dr. Simon Leigh, lead researcher at UW’s Department of Engineering said: "It's always great seeing the complex and intricate models of devices such as mobile phones or television remote controls that can be produced with 3D printing, but that's it, they are invariably models that don't really function. We set about trying to find a way in which we could actually print out a functioning electronic device from a 3D printer.”

While this may not have any immediate implication for us regular folk, the future looks bright. Instead of going out and buying a charging cable that broke, you could just print out. You could potentially print out cellphones which are truly personalized. However, until this technology is mainstream, we must continue to buy our gadgets at the local electronics store.