It’s been over 24 hours since Sri Lanka was attacked with a series of bombings in churches and hotels on Easter Sunday, leaving over 200 people dead. Soon after the attack, the Sri Lankan government imposed a temporary ban on social media that restricted any citizen to access any of the platforms, including Whatsapp, Facebook, Instagram, among others. While the government says that the move will serve as a deterrent to the spread of violence and misinformation, people argue that in the crisis situations like these, the social media serves a gateway to seek help.

The move shows that the use social media to spread misinformation, violence and propaganda (which is the main concern with social media regulators across the globe) outweighs the benefits of these various platforms. In case you don’t know, Facebook has a Crisis Response feature that lets people across the world use the platform to connect and support each other in a crisis, and by blocking the social media, the government is blocking a genuine source of information and help. 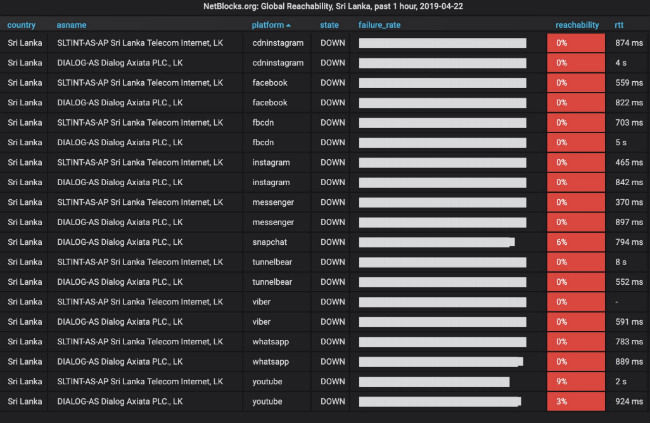 Crisis Response can let users “mark themselves as safe” so that friends and family know that you are safe. It also helps people to directly connect with others to give or find help with resources like food, supplies or shelter. Further, you can also stay updated with the relevant information about a crisis from a variety of sources, and last but not the least, people can also raise money to support those who are affected by crises by fundraising or donating. There are several stories that highlight the use cases of the feature.

“It’s been a while since we saw a post-attack shutdown like this,” said ⁦@atoker⁩. “These disruptions are extremely problematic as they limit the public’s ability to seek assistance and check up on friends and family in a time of crisis.” https://t.co/Z9wRt8jVtI

According to internet's observatory NetBlock.org, which tracks disruptions and shutdowns globally, the reachability of the famous social media platforms like WhatsApp, Instagram, Facebook, Messenger (all owned by Facebook Inc.), YouTube, Viber and Snapchat is at zero percent. There are several people who have taken to Twitter against the Sri Lankan government’s decision. VPN service Tunnelbear's website is also restricted now.

Following are some tweets that show how people in Sri Lanka are helpless as they cannot seek for help on social media:

@Optus hey optus I'm in Sri Lanka and can't access social media (Facebook, WhatsApp) without roaming... anything you can offer for reaching family?

Just been talking to a friend who has been talking to another friend on holiday in Sri Lanka. Everyone was ordered out of churches during services yesterday and people have been told not to use social media.
Everything under lockdown but expected to open tomorrow.

Following #EasterSundayAttacksLK, I cannot access @facebook or @WhatsApp from within #SriLanka using @dialoglk internet connection. Looks like another #SocialMediaBlock! Can others confirm?
Do you have anything to say @dialoglk @axiata? pic.twitter.com/fDByZjDJ46