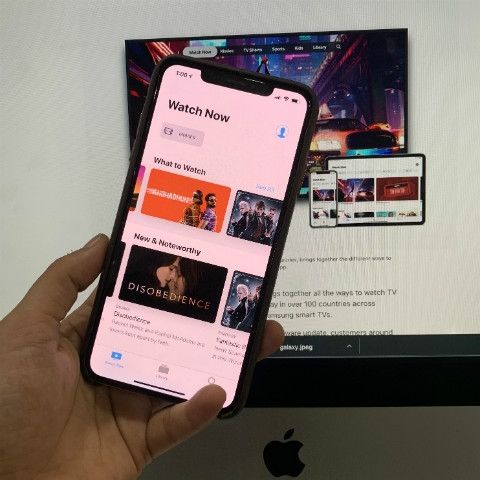 Apple has released the much awaited iOS 12.3 and tvOS 12.3 updates which bring the redesigned Apple TV app to iPhones, iPads, Apple TV and select Samsung smart TVs. The iOS 12.3 update also includes improvements to AirPlay 2, Apple Music, Wi-Fi calling, along with other bug fixes. Alongside the updates carrying the new Apple TV app to iOS and tvOS, Apple has also released watchOS 5.2.1 and macOS 10.14.5 updates.

Let’s break down all the improvements and new features headed to Apple devices with the latest updates.

With iOS 12.3 and tvOS 12.3, the biggest update that users get is the new, redesigned Apple TV app. The Apple TV app was not available in regions like India before and is automatically added to iOS and tvOS devices in the country after the 12.3 update. Starting today, the Apple TV app with Apple TV channels and iTunes movies and TV shows will also be available on all 2019 Samsung smart TVs and select 2018 models.

The new, redesigned Apple TV app was first announced in March. At the time, Apple had said that the app would be made available in over 100 countries. After updating to iOS 12.3, users will be able to see the new app on their iPhones and iPads. The app, in the US, includes access to Apple TV channels like HBO, Starz, SHOWTIME, Smithsonian Channel, EPIX, Tastemade and new services like MTV Hits. However, in India, the Apple TV app currently features films from Hollywood, Bollywood, and other regional languages for rent and purchase. It’s possible that Apple will add Apple TV Channel subscriptions in India at a later date. 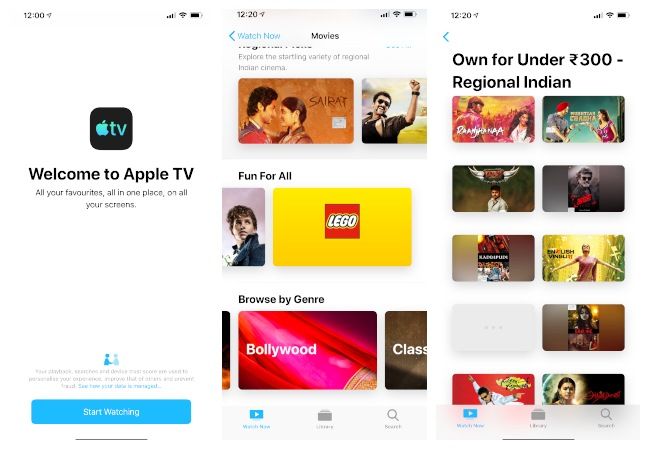 Channels on Apple TV can be shared with up to 6 family members and will be available ad-free, both online and offline. Users can also rent or purchase 4K HDR titles from a catalogue of over 100,000 iTunes movies. The app can throw personalised recommendations based on watch history. This can be enabled through Settings>>>TV>>>Use Play History.

The new Apple TV app includes a ‘Watch Now’ section which features Up Next, for users to quickly find and watch their favorites with activity synced across devices. There’s also a dedicated Kids section (not available in India as of now), highlighting editorially handpicked shows and movies for children across ages.

Further, the Apple Music app’s ‘For You’ section will now update multiple times a day. An issue that prevented Apple TV remote from pausing video, controlling video or changing volume has also been fixed. Fixes have also been made to Wi-Fi calling and other areas.

macOS 10.14.5 gets bug fixing and performance improvements. The redesigned Apple TV app will be coming to macOS later in the fall.