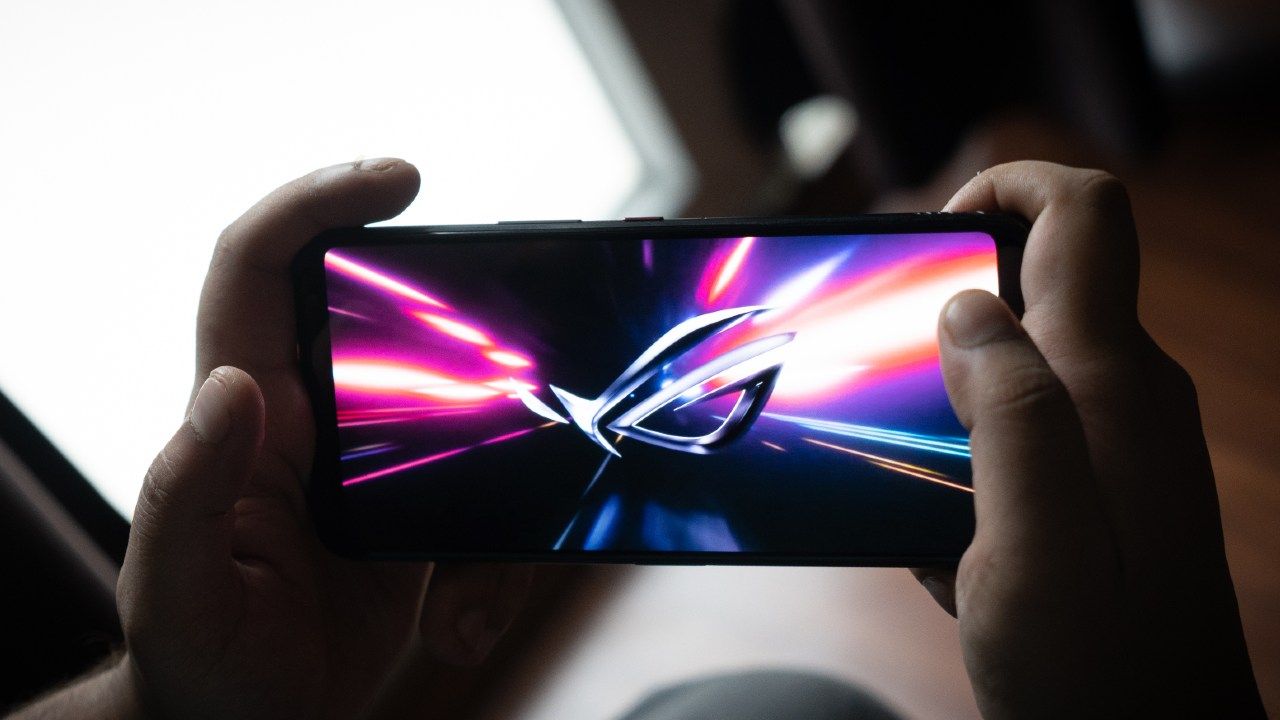 The previous ROG Phone II was my daily driver for the better part of 2019, and it was only after the OnePlus 8 Pro (review) came out did I switch. The phone was outrageously heavy, and the camera was hardly reliable, but it did one thing better than anyone. Run games like you please with customisations no one offers here in India. And so does the Asus ROG Phone 3 that launched today in India, hot on the heels of the OnePlus Nord.
The Asus ROG Phone 3 remains steadfast in its mission to conquer mobile gaming, just like its predecessor. And considering the ROG Phone II was already way ahead of its times, the ROG Phone 3 doesn’t have to do much to shine through, except for adding some of the expected upgrades.

That includes a 6.59-inch AMOLED with refresh rate up to 144Hz and 25ms touch latency, along with the Snapdragon 865 Plus with a CPU that can go up to 3.1GHz and a speed-binned Adreno 650 that’s even faster than the one on the Snapdragon 865. Then there’s LPDDR5 RAM and UFS 3.0 storage, along with a five-layer cooling system consisting of a 3D vapour chamber and a single vent on the rear glass panel. The spec-sheet is certainly a mouthful, but what’s a gaming device if it’s not beefed up with the latest hardware you can get. 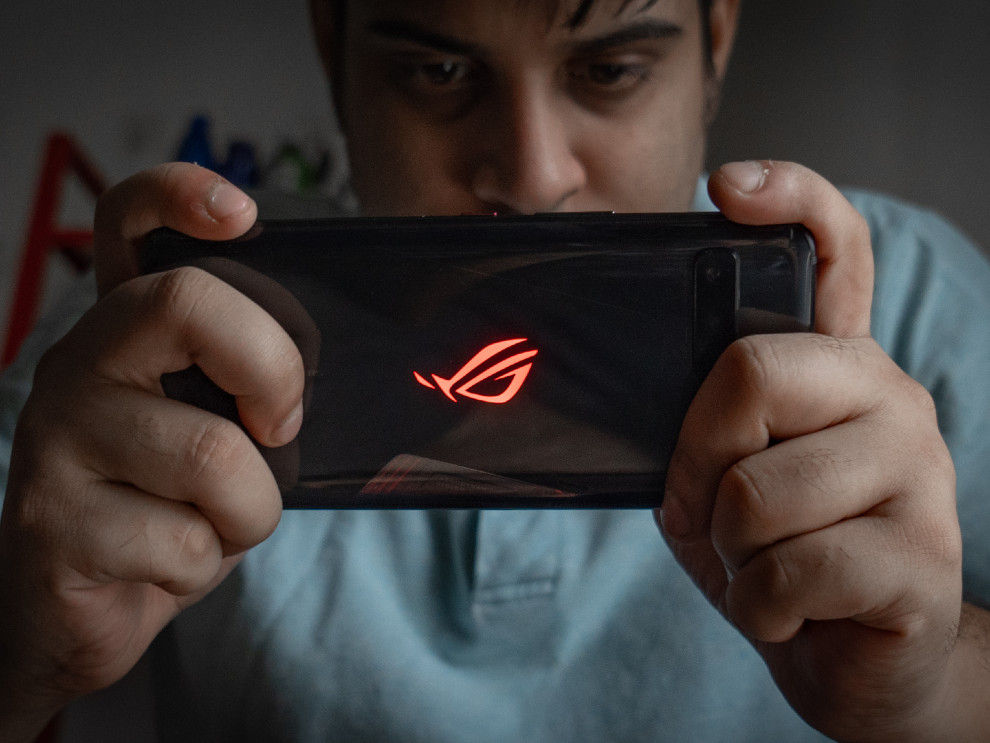 The ROG Phone 3 essentially follows the tried and tested philosophy of “don’t fix what ain’t broken”, but add the necessary upgrades to maintain the appeal. It did have to let go of the 3.5mm headphone jack, but the dual USB-C ports are retained and so are the astonishingly loud speakers. It’s also just as heavy as before, and the weight continues to be evenly distributed. So while it does weigh down the pocket (you also need a large pocket to hold this in), the form factor is perfect for the gaming grip. The Air Triggers are also right where you need them, and this time they have mutated, so that one has become two. The Air Triggers on two sides are extended to the inside and can be divided into L1 L2, and R1 R2 buttons. I could rest my fingers or slide them around to control the game, and now there’s even motion control added to it. 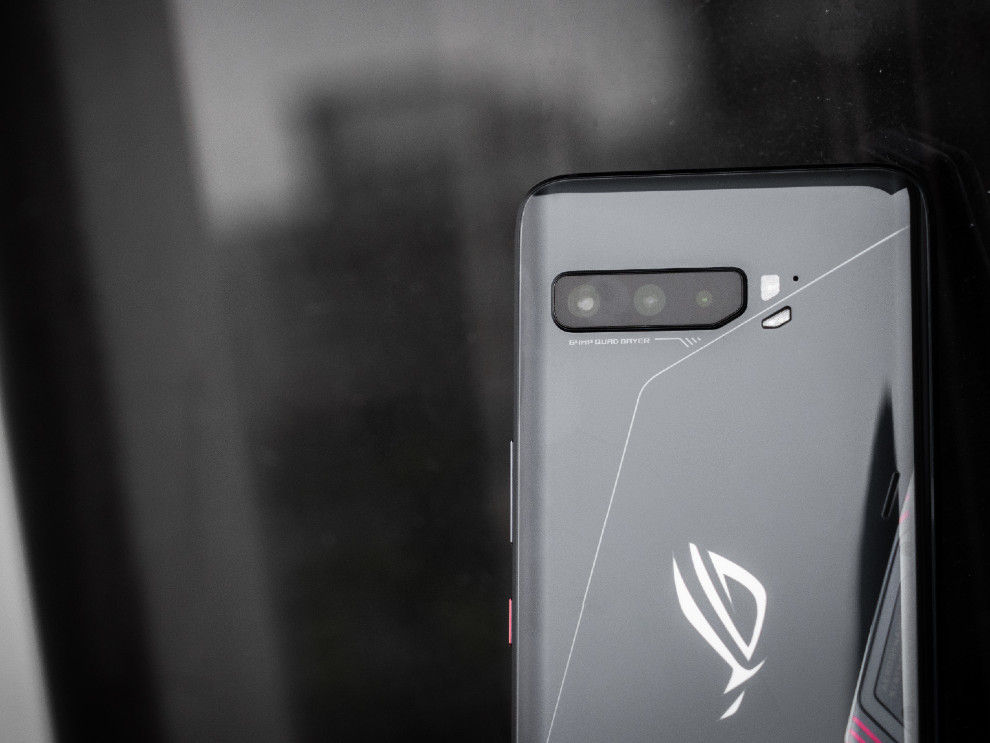 It’s not that this is the only smartphone with pressure-sensitive edges emulating trigger buttons, but no one does it better than Asus. Being used to using it on the ROG Phone II, it felt like muscle memory for me, and I got  back on my killing spree in Call of Duty: Mobile in no time. It’s a serious advantage, and an argument justifying the purchase solely for this feature can be made.
Then again, mobile gaming is something every other flagship deliver with ease. It’s actually the in-depth hardware tuning that makes this one a favourite. The ROG Phone 3 goes even further giving you multiple levels of tuning. The favourite hardcore tuning is also retained and now you can even share profiles with fellow ROG Phone users. No other smartphone offers this level of hardware tuning. You can control the scheduler, switch the governors and set limits to the CPU and GPU to eke out every bit of performance while gaming. In all this, one can almost forget this is also a mainstream smartphone, one that comes with a triple camera setup at the back, led by a Sony IMX686 64MP camera along with an 8MP ultrawide camera and a macro lens. On the front you get a 24MP camera. This was one place where the ROG Phone II faltered and it will be interesting to see how the ROG Phone 3 fares. So far, the camera samples look promising, but we will have to examine more samples to arrive at a verdict.

A gaming smartphone unlike no other

However, it’s gaming prowess is undoubtedly unparalleled at this moment, and even though we had the iQOO 3 5G for a while now, the ROG Phone 3 looks and feels more like a gaming device than any other. And this very fact may make or break the smartphone. The ROG Phone II was quite a success in India, according to the company, and the ROG Phone 3 can very well continue the momentum.

Yet, what may act as an obstacle to this performance juggernaut’s success is the price. Market conditions and the hardware cycle allowed Asus to price the ROG Phone II very aggressively. Sadly with the Snapdragon 865 Plus still requiring a discrete 5G modem and the additional RF components, and the global supply chain disrupted by the raging pandemic — the price won’t be an ally for Asus this time.
So it remains to be seen how Asus markets this product. But success or not, this is one smartphone that will keep coming up every time we compare a flagship Android smartphone, and one that will keep performnace junkies talking for days. Just how well does it deliver on its promises? We will be playing for hours on this smartphone to know for sure, right on time for the full review. Stay tuned!