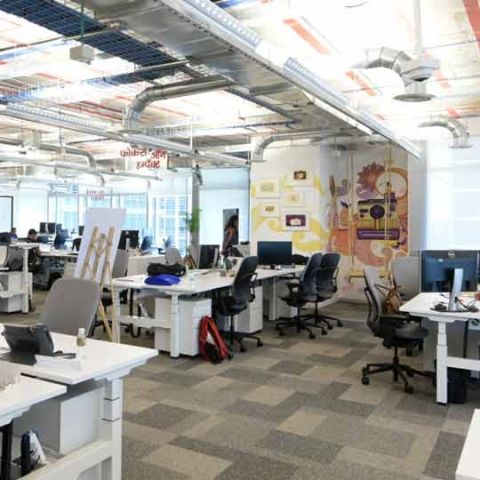 In a fast moving place like the technology world, innovation and creativity are necessary to remain at the top, and this is no secret amid silicon valley giants.

“Creativity is just connecting things. When you ask creative people how they did something, they feel a little guilty because they didn’t really do it, they just saw something. It seemed obvious to them after a while. That’s because they were able to connect experiences they’ve had and synthesize new things.” –Steve Jobs

Yoshiro Nakamatsu, an 88 year old Japanese inventor, who licensed his floppy disk patents to IBM and has more than 3500 patents to his name, has a very ‘different’ creative process using which he claims to have had most of his best ideas. The process involves listening to music, meditation, and finally diving underwater, and writing the ideas while being down their.

Steve Jobs, one of the many famous people known to have used Acid to ‘unleash their creativity’, once said, “Acid is one of the 2 or 3 most important things I have done in my life.” He is known to have even asked a potential employee in an interview, if he had ever done LSD. The employee said no and left the interview midway saying maybe the job wasn’t for him. In a fast moving place like the technology world, innovation and creativity are necessary to remain at the top, and this is no secret amid silicon valley giants. 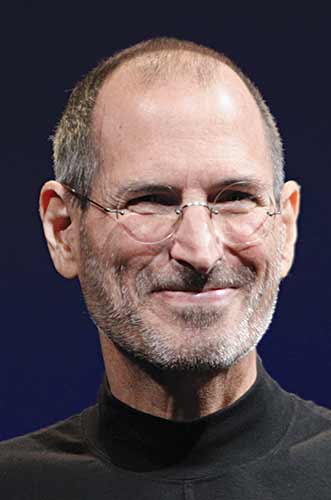 Even if they are not sending their employees underwater or giving them free Schedule 1 drugs, everyone from companies like Google, Facebook, Netflix to smaller startups are going to great lengths to unleash their employee’s creativity and increase their productivity.

Today, we take a look at what some of the top tech companies around the world do to unlock their employee’s creative potential and the various successful products and services that have come out it. Who knows - even you might be inspired by a few of these!

Generally lasting between a day and a week, hackathons are like sleepovers for geeks. And if you are working for one of the biggest tech companies in the world, add free food and beer to it, and you are all set for 24 hours of non stop hacking and putting your creativity and skills to test. All the while, you get paid to do it.

Conducted every 6 to 8 weeks, these all night coding fests have long been a part of Facebook’s startup-esque culture.

According to Pedram Keyani, the man who made these hackathons a regular thing at Facebook, there is only one rule in these events, “you can’t work on the same thing that you work on during the day”. From ‘Kegerators’ to nifty little features that have altered the course of the billion dollar company, these hackathons have given birth to a number of good ideas.

Here is a list of Facebook features you wouldn’t believe have come out of these 24 hour hackfests: 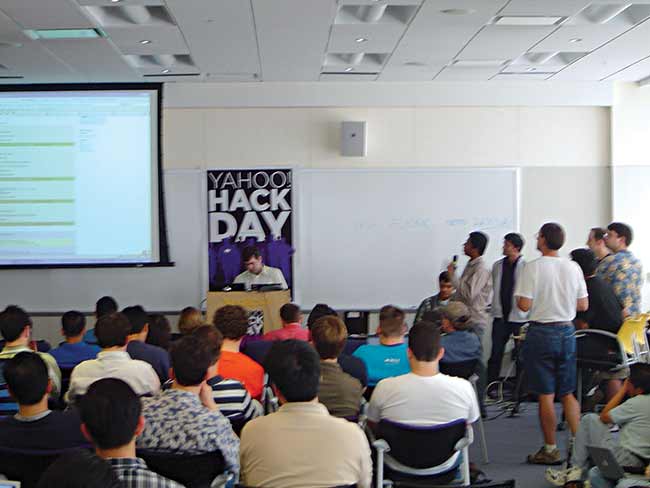 A hackathon underway at the Yahoo office

Started off as an employee only event, IBM jam has grown into a fully fledged management tool that aims to drive “innovation and collaboration”. Jams are basically massive brainstorming sessions, somewhat similar to hackathons, but more focused on a particular issue or projects. People from different fields of expertise come and collaborate together to find and develop innovative solutions to problems.

One of the biggest and most successful ‘jam’ was organised in the year 2006 and saw more than 150,000 people from 104 countries and 67 companies, come together to innovate and create. The ‘Jam’ concluded with IBM investing $100 million in the 10 ideas that came out of it.

A ‘Take as you need’ vacation policy and wild hackathons-Yammer

Yammer is a freemium social network service company that was bought by Microsoft in the year 2012 and has an office culture that offers its employees high flexibility and lets them constantly keep innovating. The company has a ‘take as you need’ vacation policy. Afterall what better way to recharge your mind than taking a holiday whenever you want to. Also, just like it’s parent company, Yammer organizes regular hackathons but with a twist. Each hackathon is set up like a 24 hour wild costume party where geeks in the company come to chill, discuss ideas and create new and interesting things.

Long gone are the days when Facebook was just a social networking startup. It has been building its own data centers from scratch since 2011 and bought the Virtual Reality company Oculus. The new Area 404 is a big step in the same direction. Spanning more than 22,000 square feet, the newly inaugurated hardware laboratory labeled Area 404 is one of “biggest” and “most advanced” labs built by the company according to Mark Zuckerberg. The lab  is divided into  2 main areas,  an electrical engineering lab and the prototyping workshop, both of which are equipped with state of the art machines and tools to enable its employees to innovate and create  faster.

The story of how Microsoft was started in a garage by 2 intelligent, creative people who turned it into a multinational billion dollar company, is not unknown. To pay homage to its origin, the company turned Bill Gate’s old office into something called ‘The Garage’. The place filled with every tech toy and world class tool imaginable, is open to all Microsoft employees. Infact the employees are encouraged to use the space to work on their pet projects and special ‘Garage weeks’ are organised for each product team. 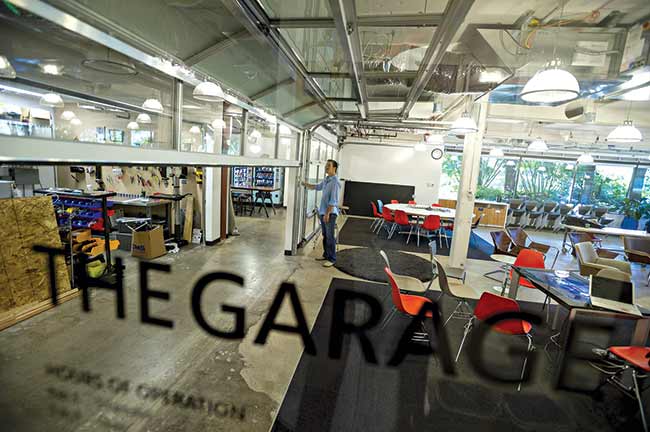 ‘The Garage’ is filled with every tech toy and world class tool imaginable.

Founded in the year 2010, Google’s X facility is  a secret R&D facility  located about a half a mile from Googleplex. X, a subsidiary of  Alphabet, has no CEO. Instead it  is overseen by an entrepreneur scientist Astro Teller, whose official title is  “Captain of Moonshots”. Moonshots are the various  innovative new projects which scientists at X are working on. 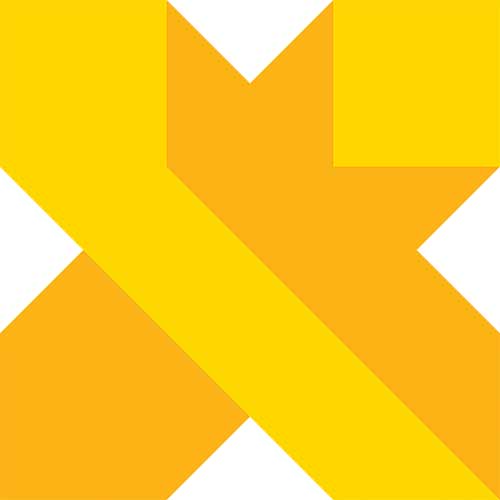 Unlike Google’s main campus, where engineers work  on company’s main products, at X the focus is on innovation and solving various global problems.  The list of projects and products include a number of innovative things, not all of which have been successful. This hasn’t stopped the company from investing  in innovation and creativity.  Projects developed in X include  Google Brain, Google Glass, long lasting batteries and Google’s Self Driving car, a couple of which even saw  commercial prototypes being shared at consumer events.

One of the most interesting ways Google promotes innovation is by letting its employees spend 20% of their salaried time working on their personal projects. The concept of letting your employees spend their time pursuing their projects of passion, not only inspires creativity and productivity, but has also given birth to a number of projects which have gone ahead to become highly successful products. Started off by 3M, the multinational company behind ‘Post it’ notes, the 80-20 concept became a part of Google culture eventually.

Many great Google products have originated in this 20% time including Gmail and AdSense. Both services were being worked on and developed by Google employees in their ‘Personal- Time’ and went on to become some of the most successful Google products ever created. The success of 20% doctrine led to a trend in various tech business around the globe. Many companies, including Yahoo!, Conde Nast, Flickr and The Huffington Post have started experimenting with
the concept.

To constantly keep its employees motivated, Google regularly organises on-campus ‘Google talks’ for everyone. A concept similar to that of TED talks, famous and eminent personalities from all walks of lives are invited to Googleplex to give a talk to its employees. The long list of speakers include names of celebrities like Lady Gaga, Tina Fey and many others famous artists, activists, technologists, and politicians.

The main aim of these talks, as Google puts it, is to keep its employees brains, “learning, growing and thinking”.

Microsoft’s ‘Science Fair’- For the kid in you

Remember making that volcano model for your school science fair and how much fun you had while doing it? Competitions not only test your skills and talent, but also force you to be creative and innovate. Keeping this spirit alive, twice a year, Microsoft organizes ‘Science fair’ on its campus. Normally conducted in ‘The Garage’, these fair are attended by almost everyone, from the company founder to various project managers, acting as a platform for the employee’s to showcase their creativity and skills. And if you are still thinking that’s not cool enough, the winner gets to blow a giant sized volcano. Yes your read it right. So who wants to work for Microsoft.

King/Queen Dev of the month-Github

One of the most used and famous web-based Git repository services, Github, uses a very smart idea to improve itself. Every month, the best developer is selected and crowned the King/Queen dev of the month. This person gets to man the helpdesk for a day, getting him direct feedback from the customers, and giving him a chance to understand and fix the problems quickly.

A company founded by 2 MIT graduates, HubSpot offers a software product of the same name that provides with various tools of inbound marketing including, social media marketing, content management and web analytics. The company also has a very startup-isque culture and is known to take care of its employees. The company regularly organises talks by eminent personalities from various fields,just like Google talks, for its employees. Also, an employee can temporarily shift to any division to experience a new domain. For Ex, a product engineer can sit in marketing meetings and join the department for a while.

At some point of time, we all become tired of what we are doing and wish if we could go on a long vacation, probably a year long one. But how practical is that? You need to go to work, earn money and do other mundane but unavoidable things. But not always.

Sagmeister & Walsh is one of the most famous design firms in New York. The company’s founder, designer Stefan Sagmeister, gives all his employees a year off after every seven years. According to Stefan, after the year long vacation he and his team comes back more rejuvenated, inspired and with a clearer vision.

For all those interested, their next year long holiday is scheduled for the year 2017.

A recent study conducted at Claremont Graduate University, California showed that bringing your dog to your workplace leads to an increased productivity, lower stress levels and increased creativity. Google is a company that started the trend of ‘Bring your Pet to work’ day which has been slowly adopted by others. 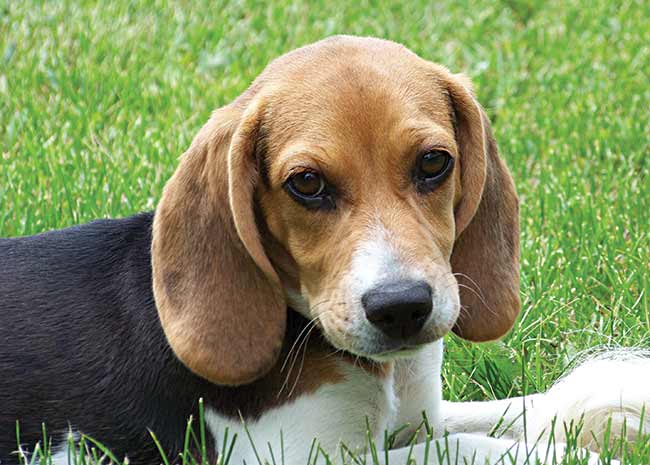 Playing with a dog reduces stress, and helps boost your mood and creativity.

Going a step forward, the company recently updated its code of conduct to make it more dog friendly, officially adding the line “Google’s affection for our canine friends is an integral facet of our corporate culture”. If this wasn’t enough, there exists a group of dog loving Google employees called ‘Dooglers’, and a dog themed cafe, where you can sit with your canine friend and let your creative juices flow.