Google I/O 2017: Timings, livestream, what to expect and more 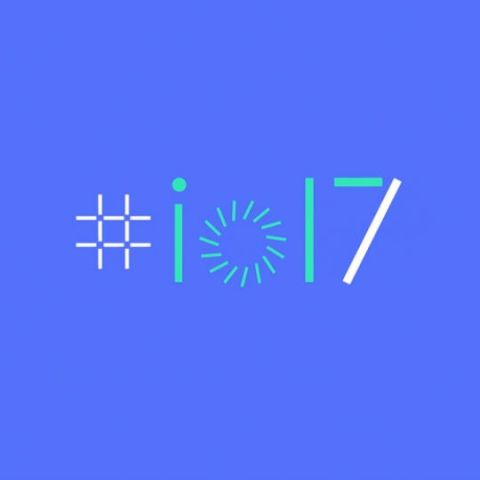 Google’s annual developer conference, I/O 2017, is all set to kickoff at the Shoreline Amphitheater in Mountain View, California. Here's what you can expect from the event.

Google’s annual developer conference, I/O 2017, is all set to kickoff at the Shoreline Amphitheater in Mountain View, California. The event will start today, May 17, at 10AM PDT (10:30PM IST), and will be livestreamed on the Google’s I/O event page. The conference will commence with a keynote address from Google CEO, Sundar Pichai. This will be followed by a developer keynote at 1PM PDT (1:30AM IST). After the keynotes, there will be eight different livestream channels, broadcasting all of the sessions in real-time from Shoreline.

So, what is Google expected to announce at I/O this year? Let’s take a quick look

The Google Assistant is currently one of the hottest areas of innovation for the Mountain View-based tech company. Google has been working all year long to forge new device partnerships for its AI helper, and at I/O 2017, we expect the company to announce more such collaborations. One can also expect Google to broaden Assistant’s functionality. Rumour has it that Google plans to extend support for the Assistant to iOS users. We expect Google to enable Assistant support for third-party speaker devices as well. In comparison to the Google Assistant, Amazon’s voice assistant ‘Alexa’ is integrated in a significantly larger number of devices. Alexa is also looking to compete with the Google Assistant on its home turf - smartphones. HTC recently announced that its latest flagship device, the HTC U 11, will feature the Alexa assistant in US, UK and Germany.  Although Google did extend Assistant support to Android smartphones other than the Pixel and Pixel XL this year, the company clearly needs to catch up and announce updated developer tools for the Google Assistant.

Given that Assistant is also at the core of Google’s smart home speaker, we expect new skills to be added to Google Home. Home is expected to add listing reminders, cloud-device casting, improved search, Bluetooth functionality, and more. Moreover, Google might announce the launch of Home in more countries at I/O 2017.

New standalone VR Headset, but what about Daydream?

We are not sure how true the rumours are, but a report from Variety suggests that Google will unveil a new standalone Virtual Reality headset. This means that the device will not require a smartphone or PC to provide VR experiences. The new VR headset is expected to feature inside-out positional tracking. It is also rumoured that Google will take more of a mixed-reality approach, like Microsoft, rather than focussing solely on VR. However, the report notes that the company might just demo the VR device at I/O 2017, while consumer availability will be much further down the line.

Last year, Google launched the Daydream View VR headset, and at the time, the company had listed eight manufacturers as partners who would launch Daydream-ready smartphones. These included - LG, HTC, Samsung, Huawei, ZTE, Asus, Xiaomi and Alcatel. Of these, only Huawei, ZTE and Asus have extended support for the Daydream VR platform, while Google’s other partners have not paid much attention to it. It is likely that Google will announce new partnerships for Daydream, although we think the company should first make sure those Daydream-ready devices it promised make it to consumers this year. While they are at it, the company should also think about extending the availability of the Daydream headset to more countries.

Google has already given us a glimpse at Android O and we expect the company to showcase a more features of the new OS at I/O 2017. We are possibly looking at improvements for SMS-based verification services. XDA Developers reports that Android O will automatically check SMS messages and if a code shows up, it will be sent directly to the app without the need to give it any permissions. A second preview of Android O may also be announced by Google at I/O 2017, followed by the launch of the Beta programme. It is believed that the O in Android O will stand for Oreo, and we want to see if Google plans to crowdsource the name just like it did with Nougat.

Another Android O feature expected to be discussed at I/O is improved wireless audio experience. We hear these enhancements are a result of Google’s partnership with Sony Mobile and Qualcomm. We hope Google shares some more details on the subject at the event. Click here to read everything we know about Android O so far.

Making payments through the Chrome browser can be a pain due to the long checkout process. At I/O 2017, Google is expected to announce the integration of Payment Request API into Chrome. This will allow Chrome to direct users to third-party payment apps such as banking apps, wallets and more, for a quicker transaction experience. XDA was the first publication to highlight this information and as per their report, a “Web Payments Working Group, made up of members such as Google, Mozilla, Samsung, Alibaba, Microsoft,” has been quietly working on the Payment Request API, along with a new online standard to help web browsers communicate with online merchants, so that the latter can leverage third-party payment apps on a user’s smartphone to complete transactions with ease.

Google Allo and Duo might not have gained your attention, but Google seems committed to its messaging and video calling apps. So much so, that a recent teardown of the latest Allo APK by 9to5Google, shows that the company might be looking to integrate the two services. Users who make a call using Allo may be directed to Duo in the future. Those who don’t have the Duo app, will be suggested to download the same. Allo may also be getting some new features, including new ways of initiating group conversations. While the Allo app has the Google Assistant built inside it, Duo may add the feature at I/O 2017.

Audi and Volvo will be bringing their Android toting infotainment systems to I/O 2017. The new systems essentially do away with the need of using your smartphone in your cars (that is if you are planning to buy an Audi or a Volvo anytime soon). Users will get access to their favourite apps and services through these standalone Android car systems. Users also get the ability to control Car ACs, sun-roofs, windows and other such functions through the new systems. You can read all about them here.

Google has been working on a new OS known as Fuchsia, which would be based on the company’s own kernel called Magenta. To recall, Google’s current OS’, Android and Chrome OS, are based on Linux. When it was first spotted last year, it was merely a bunch of code. Now though, it seems like the OS is more fleshed out. In fact, the OS now has a UI and we expect Google to detail it further at I/O 2017.

What not to expect

A new phone. No, Google will almost certainly not launch the successors to the Pixel and Pixel XL smartphones today. Those are slated for sometime later this year; September is our best guess.

Of course, companies usually have a surprise or two up their sleeves and you won’t find a leak or rumour about things they really wish to keep secret from you. So yes, Google might have some cool, unexpected announcements to make at the event (Or so we hope). That’s all folks.