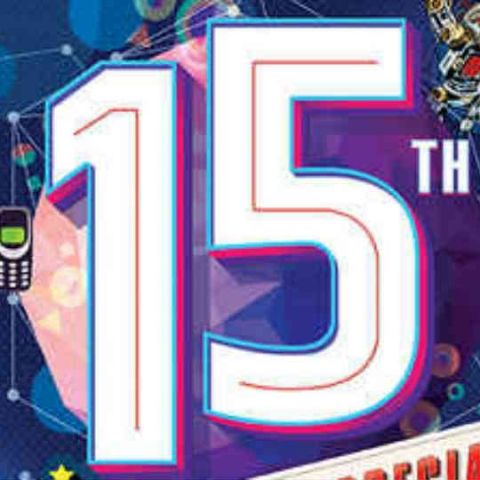 “So what’s our secret sauce? What magical witchcraft allows us to win against these Goliaths, and stay number 1 for 15 straight years?”

Fifteen years ago – more than a few lifetimes in tech terms – a little upstart of an Indian tech media brand decided to venture on a journey, alone, without established foreign backing. Yes, Digit was always run by a bunch of crazy Indian geeks, who decided that although India certainly wasn’t anywhere close to the centre of the technology world, it didn’t need to be. India was India, it was different, it was unique, and had unique needs.

You have to remember that this was an age where Internet connectivity was still a luxury in India, and even PCs were not something just anyone could afford. Digit blew away all the established magazines, and has the distinction of being India’s top selling IT magazine for all 15 years of its life!

Online is where the real challenge was, especially in the last 5 years, because everyone and his uncle has a tech blog, and all major media houses started up tech web sites and threw money around to try and grab all the eyeballs – it reminded us of the dot com boom actually.

We recently got some more good news: in a competitive tech field that consists of some very big players – Times of India, NDTV, Network 18, etc. – Digit actually blows them all away by engaging with more of you than all of them combined (and then some!). If you watch world football, we’re like Leicester City from the EPL, except we’re the underdog that’s been champions for 15 years straight.

So what’s our secret sauce? What magical witchcraft allows us to win against these Goliaths, and stay number 1 for 15 straight years? It’s not really as big a secret as people think, actually… because the secret to our success is, quite simply, you.

We owe it all to you, because without your support, we’d be crushed out of existence by the aforementioned Goliaths. So before anything else, thank you for your continued support and keeping this dream alive.

When I said India was unique, I was also talking about the Indians that make up India. Indians pride themselves on knowing more than others – we learn, we thirst for knowledge and we give undue respect to no brand. As technology enthusiasts, you are at the top of that pyramid; you’re the tech elite.

I use the word “you”, but that also includes all of us here. The people who make up Digit are pretty much you – we love tech, and this isn’t just some “job”. Almost all of the people who work here don’t want to work anywhere else because this just feels like home. All of us came from boring jobs, or college degrees, and
the only thing we have in common is a love for all things science and tech; plus, all of us were readers and fans of Digit before we came here.

What’s in store for the future? Well, our goal was always to be the honest and unbiased voice of reason in tech. We wanted to tell it like it is, no matter who it pissed off, and we want to continue doing so. Many of you would have sampled our regional language initiatives. We want to get tech to people in India in their mother tongue – a special shout out to our publishing director, Vikas Gupta, and the vernacular teams for making this happen.

Apart from languages, we will also find newer platforms and ways to interact and connect with you more often, be it via social media, the website, apps or even the e-mag (if we ever get it out of beta!). We just want to show as many people as we can the wonder of technology, and how it can raise not just them but this country to higher levels. We want more billion dollar tech companies to be founded in India, by young Indians.

We hope that you will continue to support us by keeping on reading, and spreading the word – give your old copies of Digit to people who haven’t heard of us, share our stories that you like on social media, attend our live video sessions, and most importantly, keep sending us your brutally honest feedback to help us improve.

Here’s looking forward to 2031: Odyssey 2 – the next 15 years of this epic journey that we’re on together, where hopefully, we can play our small bit-part role in taking India (and you) to the very top of the science and tech world!

This article was first published in the Jume 2016 issue of Digit magazine. To read Digit's articles first, subscribe here or download the Digit e-magazine app.

Tech for your fur-babies