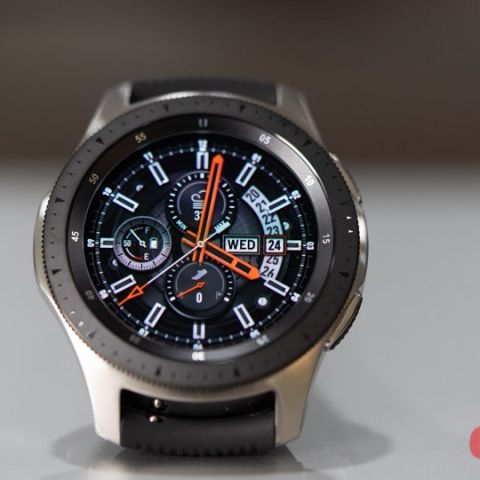 The Samsung Galaxy Watch is a smartwatch that lasts 4 days on regular use, tracks all your activities with great accuracy and delivers smooth operation. It is a worthy upgrade for anyone who wants an Android-compatible smartwatch with great battery life and the looks of an actual wristwatch

Samsung debuted the Galaxy Watch during the announcement of the Samsung Galaxy Note 9 earlier this year in August. While the smartphone was made available promptly after, the Galaxy Watch, however, took a while to arrive on Indian shores, but the good thing is, it is finally here. The rebranded wearable from Samsung features a 1.3-inch OLED display and a host of other improvements crammed into a 42mm and 46mm watch and with a price tag of Rs 29,999 and 24,999 respectively, is it worth the money? We paired the new wearable from Samsung with our Galaxy Note 9 and set out on a journey to find the answer.

When you buy a Samsung Galaxy Watch, it comes in a sleek black box without much. There’s the watch itself with a strap already attached. There is a second strap included which has a shorter length, in case you have thin wrists. There’s also bundled the charging cradle and a micro-USB charger to charge the watch. There’s also the customary user manual as well. That’s pretty much it. 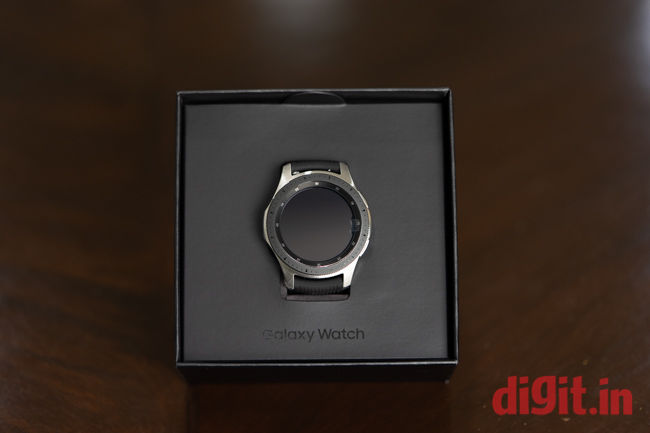 The Samsung Galaxy Watch features a design that is instantly familiar. Samsung shared the 46mm version of the watch, which sports the bigger 472mAh battery. With the straps included, the watch ends up weighing quite a bit, and you will definitely feel the heft centred around the dial. Maybe for my wrist, the 42mm dial version of the watch would have been better, but since the 46mm was the only available size for review, our observations are based purely on that.

The watch is IP68 rated and certified to withstand up to 5ATM of depth pressure, which is roughly 130 feet and no more. This means that the Galaxy Watch can easily be taken for swims in the pool or out in the ocean and you could potentially also go snorkelling, but deep-sea scuba diving is out of the question. The crown on the watch still spins and offers a very satisfying feedback when you do so. On the backside resides the optical heart rate sensor and the black housing that makes for the base. The straps measure 22mm on the clasp and are easy to remove/replace. 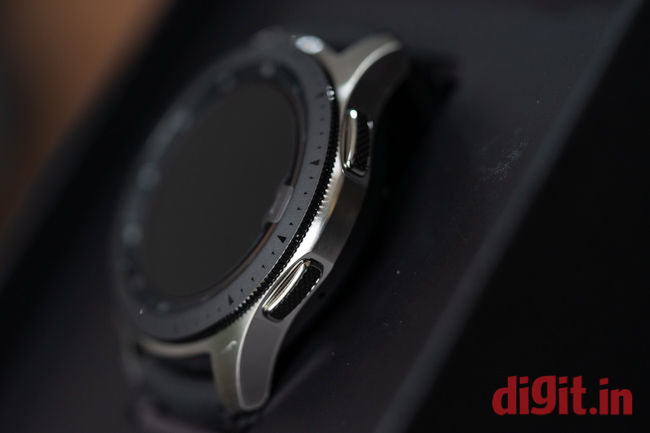 Overall the build and design of the Galaxy Watch follow very closely with what Samsung had done with the Gear S3. The best thing about the Galaxy Watch is that it’s one smartwatch that actually looks like it could be a high-end wrist-watch. The rotating bezel is a design that’s found on many wristwatches by premium brands. The buttons on the right are large and easy enough to press, making their operation easy. If the weight works for you, there’s probably no better-looking smartwatch for Android users.

Performance – Tizen to the Max

The Samsung Galaxy Watch ships with Tizen 4.0 and a revamped health app and this is where it differentiates itself from the Gear S3. The watch now autodetects 6 out of 39 workouts, which is impressive. In our use, we found the Galaxy Watch to accurately start recording our activity after we had started doing it for 15 minutes. Given the poison that is Delhi’s air right now, we were not able to go on extended exercise sessions due to health concerns. However, in the few short runs and cycling sessions which we tracked using the Galaxy Watch, we found the data collected to be accurate, with a variance of 7 percent or less. During the cycling sessions, we recorded the metric using the Watch but also used a Garmin Edge 520 bike computer and a chest strap-heart rate monitor to collect distance, speed and heart-rate data. The Garmin bike computer and heart-rate chest strap are the most accurate for measuring the respective metrics and as such, is a good comparison tool. In terms of distance ridden, the Galaxy Watch’s data matched the one from the Garmin Edge 520, however, reported a consistently higher heart-rate in comparison to the chest-strap by 6-7 percent. Not a very big deal to be honest. Besides walking and running, the watch can detect cycling, elliptical trainer, rowing machine and dynamic workouts all on its own. Additionally, there are a large number indoor, gym-based workouts you can use the watch to track, but you’re going to have to manually start the tracking process.

Besides workouts, the Galaxy Watch is also capable of tracking your sleep and stress levels. I was just not able to wear such an unwieldy wrist device to bed as it interfered with my sleep. In terms of stress tracking, the watch will gather heart rate variability measurements to give you a tentative reading on how stressed you are at the moment. While mostly calm on the outside, the Watch often told me I was having an internal melt-down, something not too far from the truth for the most part. 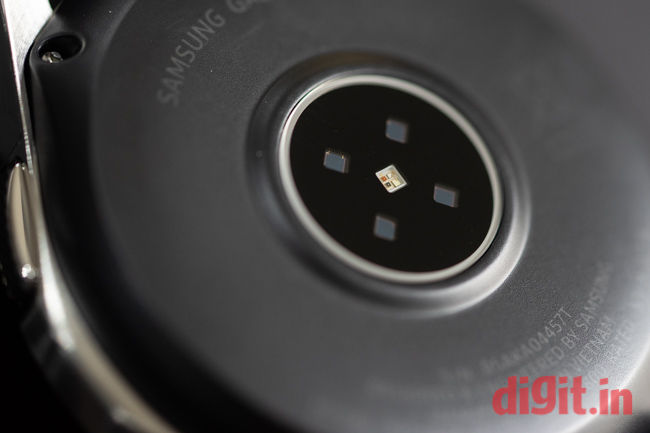 Powering the Galaxy Watch is Tizen 4.0 and not Android Wear 2.0 as rumours had suggested prior to the launch of the smartwatch. The interface is pretty consistent with whatever Samsung has used in the past years, but the real achievement here is in the battery life. I was easily getting anywhere between 3-4 days of battery life on the Samsung Galaxy Watch, a number that is more than double that of the Apple Watch Series 4. For most people who are already Gear S3 users, the battery life alone could be a reason enough to upgrade.

The OS also allows you to receive all app-notifications on the watch, provided its paired with a Samsung phone. All apps push notifications to the watch and offer some degree of ability to respond. Reading e-mails arriving into the Gmail app was easy, as was keeping up with the notifications on WhatsApp and Facebook. Interacting with notifications and responding to them is also pretty easy thanks to the large-ish 1.3” inch display that offers a 360x360 px resolution. For the most part, Tizen has really come a long way as a smartwatch OS and its biggest achievement is the significantly longer battery life.

However, Tizen continues to be plagued by an age-old problem; lack of developer support. Even after 5 years of being available on Samsung's Smartwatches, Tizen has failed to attract a native app from Facebook, WhatsApp or even Google Maps. the app-ecosystem even after all these years remains mostly insufficient, which is a big let down.

The Samsung Galaxy Watch feels like a much more refined version of the Gear S3 in many ways. The longer battery life and the impressively accurate workout tracking definitely work greatly in the Watch’s favour. Topping it all off is the form factor which will make anyone looking at it think that you're wearing an actual timepiece and not a smartwatch. The only downside is the weight, which you will feel as the day goes by. This also interferes with the Watch’s ability to track sleep as it is intrusive to wear to bed due to its size and weight.