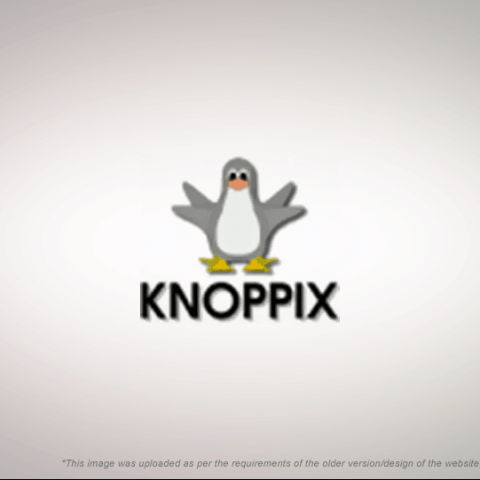 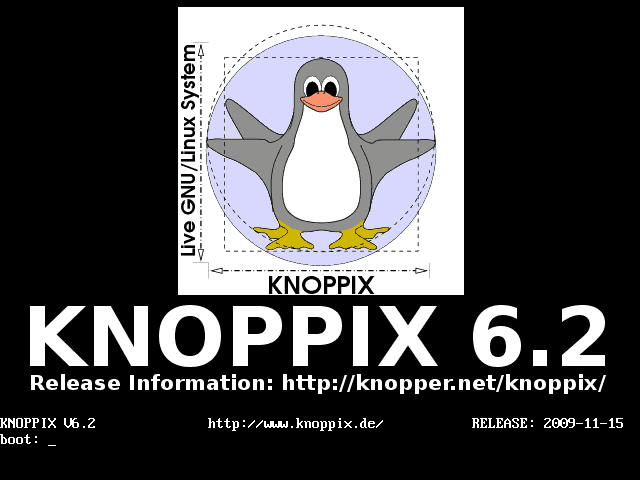 Knoppix starts off as a straight forward Live CD distro that boots from a very basic text interface. The LiveCD component shows up all of its features in the form of text based menus. It has quite a few features but the way it’s presented, it looks like something from the late 90s. For example, the LiveCD text menu has everything from a text-based browser – something like lynx. It even has ircII for those who’d like to connect to IRC servers from it. There are a few graphical interface applications that load up in X as well as the option to load up the LiveCD graphical interface. It would have been ideal if the OS loaded up that interface automatically. It’s the same case even when you try installing the operating system using Virtualbox.

The installation process also continues in the console with no interface. In that aspect, it’s pretty simple although there isn’t going to be much help.

The installed operating system boots into the same LiveCD menu as you do when you boot into the disc. The graphical interface has to be loaded in the same manner which is pretty annoying.

Once you boot into the interface, it becomes like any other Linux distribution. One of the things you notice is the fancy animations when you close a particular window. The default animation is that of flames burning up your window and when you click on items in the system tray. While all these effects might look very attractive and cool, slow PC users will notice the drop in performance. All these effects are powered by Compiz.

The primary menu is extremely simple and very similar to the Windows way of doing things. There is a Run option for running applications using text commands, very much like the Run feature on Windows.

Unlike some other distros where there is a Preference menu as well as a System menu, Knoppix has a single list of preferences that covers all areas. Virtualbox also comes preinstalled in this distribution which is great. You can run Windows within Linux if you’d like.

Some of the other packages aren’t as impressive. For example, there’s only a single game – Frozen-Bubble. There are a few unique apps though – Leafpad for example is something we’ve never seen before. It’s a simple Notepad like text editing application. Linphone, a VoIP audio and video communication program is another app that you don’t see very often. The default file manager is PCMan File Manager.

For installing additional applications, the same Synaptic Package Manager found on other distros is available. While most of the applications are designed well, there are a few poorly designed apps. The tool for configuring GPRS/UTMS connections has a really bad interface. The same goes with some of the other Knoppix configurations tools.

All in all, it’s a decent compact operating system. It’s very minimal and those expecting the same aesthetics found on a Windows OS might be disappointed. The app repository is more or less the same as other Debian based operating systems.