Xiaomi Mi A1 Review: Stock Android on a Xiaomi phone

The Xiaomi Mi A1 is a jack of all trades, but master of none. As far as budget smartphones are concerned, this is one of the most dependable phones out there.

A tie up with Google has usually been seen as a stepping stone for budding smartphone makers. But, Chinese Xiaomi is neither a budding smartphone maker, nor a stranger to Google tie-ups. I’ve personally asked the company, on multiple occasions, whether the Mi Box would ever make it to India, but that device has little relevance to India at the moment. What is relevant to the country though is Google’s Android One program. And joining this program puts Xiaomi in the unique position of leading the pack.

The Android One program seemed to have fizzled out since its announcement a couple of years ago. However, many would argue that Google chose the wrong partners to kick off the project. If that was indeed the case, the Xiaomi’s entry into the fray, with the Mi A1, should probably be enough to revive Android One. The company brings with it a viral quality, enthusiast support, growing reach and brand trust that Lava, Micromax and Karbonn probably never had.

On the other hand, the Mi A1 is a big deal for Xiaomi as well. It is the first time the company ditches its trusty MiUI platform, and also its first dual-camera phone in India. The Mi branding tells you that Xiaomi considers this amongst its premium devices, and the company says Android Oreo will be rolled out to this phone before 2017 is through. It is also the most powerful Android One phone ever, which is easy enough to do, but the Mi A1 review, presents us with a phone that is indeed tough to argue against. Xiaomi will sell this phone on its retail channels and Mi Homes, along with e-commerce websites.

Note: At the time of writing this review, we’ve had this device for about a week before launch, but the pricing details haven’t been revealed yet. Considering Xiaomi’s history, the inclusion of the Android One program, and the dual-camera, we’re operating under the assumption that the phone will be priced at Rs. 13,999. The Mi A1 is priced at Rs 14,999 and is available on Flipkart.

Stock Android on a Mi phone

While Xiaomi doesn’t actively promote MiUI anymore, the interface is a major part of the company’s ecosystem. Xiaomi’s fans often swear by it, despite the fact that Xiaomi chooses MiUI updates over Android updates, and that the UI is certainly heavier than a vanilla Android experience.

On the Mi A1, Xiaomi has kept only three apps from MiUI: the uber useful Mi remote app, the Mi Store and the Feedback app. Otherwise, with Android 7.1.2 out-of-the-box, this is Xiaomi’s most advanced (in terms of Android version) phone yet. The only other change is in the camera app and algorithm, which was necessary since Android doesn’t natively support dual-cameras just yet. Xiaomi says this won’t hamper the Oreo timeline mentioned above.

Running on stock Android eliminates some of the overheads on the processor and the phone presents a smooth and lag free experience on general day-to-day things. Apps load as expected and without many hiccups. However, in the past week or so, I have often felt that MiUI on a Redmi Note 4 felt smoother and better tuned. The Mi A1 is not all that different from the Note 4 in terms of specifications, so we will try to gain deeper insights into this via a comparison later.

As a standalone device though, the Mi A1 is as smooth as you expect a stock Android device to be and even faster than some. It’s not absolutely lag free, but then no budget device is that way either. The Mi A1 gets by with minimum lags and its UI performance is certainly above average.

Stock Android is not the only USP for this device. It’s also the only Android One phone to sport a dual-camera. There are two 12MP sensors on the back of this device, and Xiaomi refused to reveal the sensor details since it will be sourcing them from multiple sources. That means final camera quality on the device you buy may differ from our review sample. 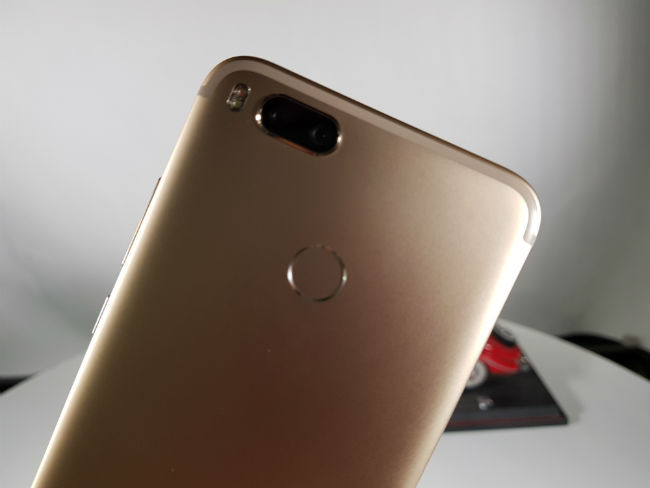 That said, we did slight details in auto-focus, which increases with deteriorating light conditions. As a result, low light photos can sometimes be blurry and they take considerable time to process. In fact, even with dual-cameras, the Mi A1 doesn’t really set a benchmark as far as camera prowess is concerned. It’s a good camera to work with, and will take good enough shots for sharing on social media, but don’t go expecting much more.

Xiaomi’s stereo mode is its take on Apple’s “portrait mode”, and its task is to blue the background. While this is done via a combination of hardware and software, the final effects are commendable most of the times. The problem is that the stereo mode only works when there’s ample light, meaning most night time shots will have to be taken using the auto mode only. While detail level and colours are quite good in this mode, this limits its usability severely. 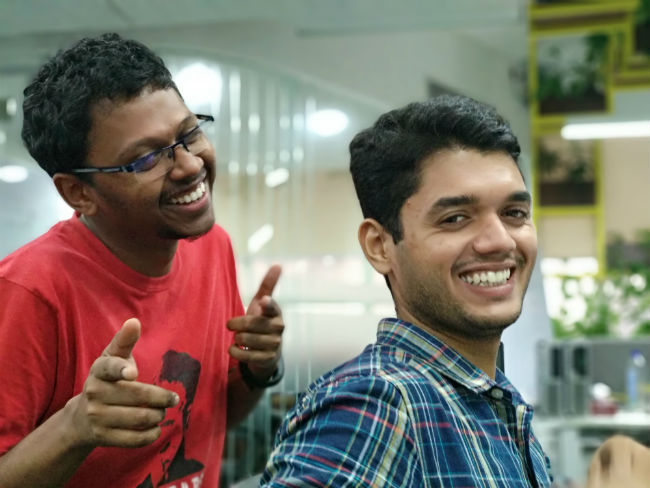 Bokeh shot using the Stereo Mode on the Mi A1

Xiaomi is promising you 2x optical zoom with this device, and the 1x/2x button is quite useful. It switches from the wide angle to the telephoto lens (56mm) seamlessly and the results are quite good. You see some noise when shooting indoors, but not enough to hamper image quality or lead to major loss of details. Again, social media sharing shouldn’t be an issue here. 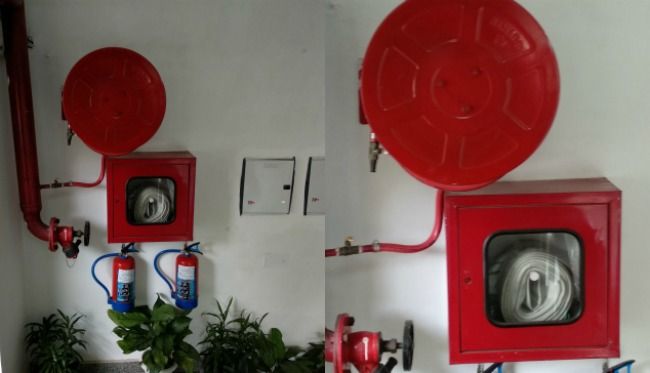 When shooting in auto mode, the Mi A1 produces really sharp and well detailed photos in daylight conditions. However, it suffers from considerable noise and loss of detail in low light. It is also best used when shooting close up shots, with noticeable aberrations in longer range photos. Overall, the camera is decent, but nothing that would offset the status quo in the budget range. 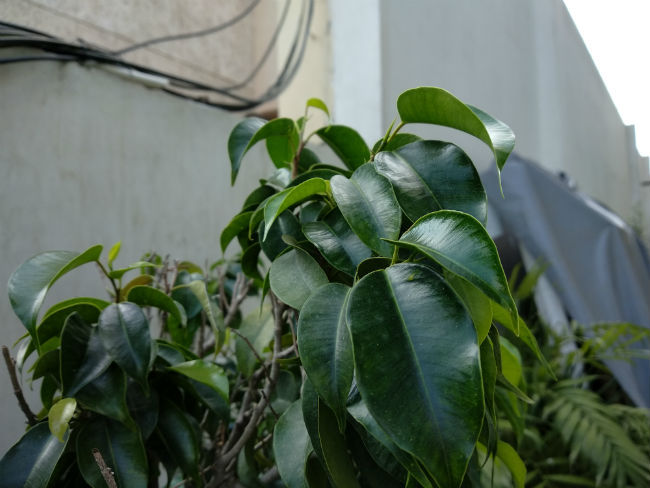 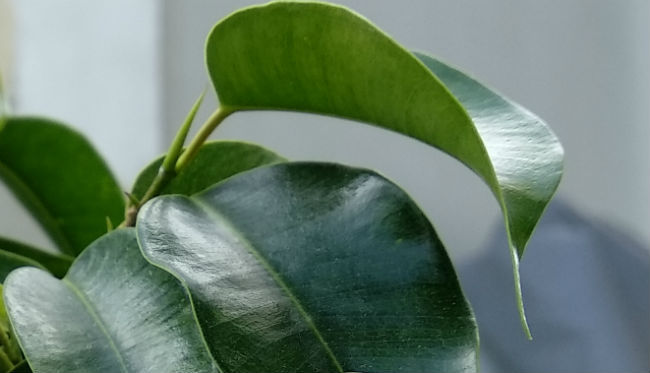 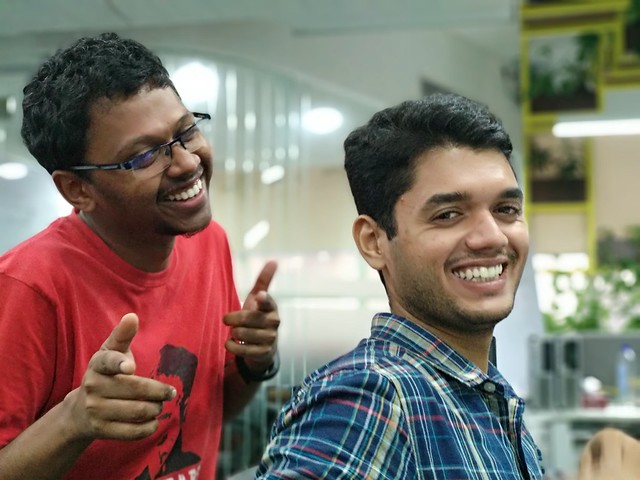 Click to see full sized image samples for the Mi A1

With the Snapdragon 625 inside, this is the fastest Android One phone we’ve seen to date. As explained in the UI section above, the Mi A1 is lag free and sufficiently fast. It isn’t a powerhouse by any length of imagination, but it’s dependable to say the least. Gaming performance is good, with minor lags from time to time. The only real issue is that the phone heats up just enough for you to be uncomfortable while gaming for long periods. It would seem that Xiaomi’s thermal control algorithms on MiUI are better than Android’s native versions.

Either way, if you’re not a heavy gamer, this phone should cause you no troubles. Temperatures reached a maximum of 42 degrees celsius on the body, which is acceptable and not abnormal. It’s just not ideal. 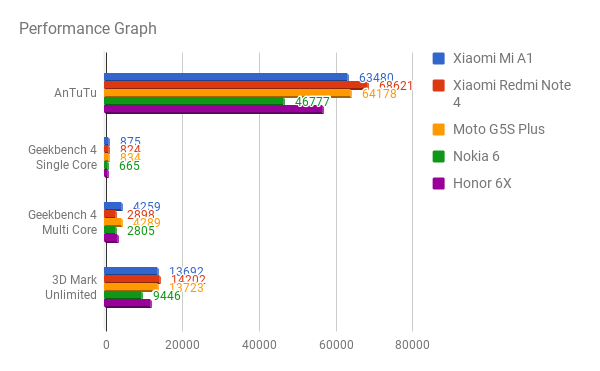 Much like the camera, the Xiaomi Mi A1 produces functional performance levels and is dependable through and through. It just won’t qualify as “snappy”, which many budget buyers will perhaps not mind. Using shortcuts hotkeys is fast enough, while app load times and app performance are easily acceptable.

A major difference between this phone and Xiaomi’s other phones is in the display quality. Colour tones are balanced, but lack the punch that we’ve come to expect from the company’s devices. It’s not a colourful display and feels somewhat sticky to touch. That’s not a deal breaker at all, but we’ve come to expect a little more from Xiaomi’s displays. Overall, you’re getting a balanced display that doesn’t miss touches, responds to commands fast and is just bright enough to be used under direct sunlight.

Xiaomi wants this device to be as cheap as it can be, so it’s not pushing the boundaries with battery capacity here. Alternatively, MiUI’s usual overheads aren’t present here, so the company probably thought that a 3050 mAh battery should be enough. In practical terms, that translates to just over 11 hours run times on PC Mark’s Work 2.0 battery test. That, ranks the Mi A1 amongst the better battery performers amongst budget devices.

In regular usage, like many other aspects of this phone, it’s a dependable performer with respect to battery life. You’ll need to charge it every night, but it should get by without much more, unless you’re playing games for hours and hours every day.

Last but not the least, we get to the most Xiaomi-like elements of this phone. From the back, the Mi A1 looks iPhone-like. The antenna lines run along the top and bottom edges, while the device is rounded at the corners. There are also thick plastic strips on all four sides of the display, with noticeable but not overtly large bezels below them. 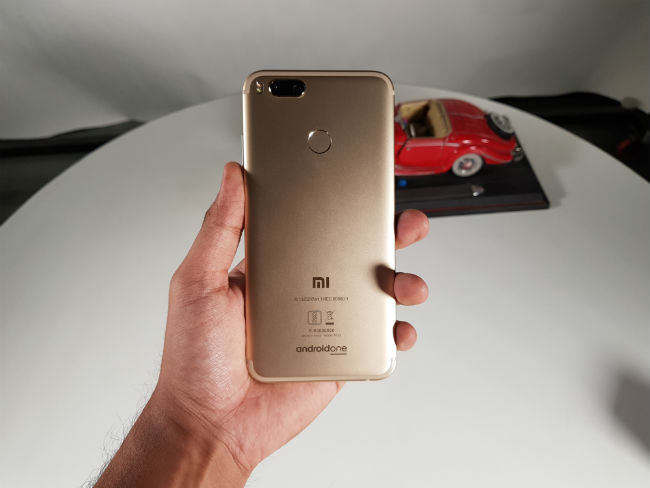 The strip below the display holds backlit capacitive buttons, while the overall form factor and weight remain quite ergonomic. It’s not perfectly suited to single handed usage, but it won’t particularly fail you when you absolutely need to use it with one hand. The power button respects comfortably below your thumb (if you’re right handed), while the volume rocker can be reached easily. There’s a fingerprint sensor on the back and the phone’s entire construction is metallic.

As far as Android One phones are concerned, this is the most premium we’ve got so far. As far as budget phones are concerned, this is what we expect from budget devices today. Once again, the Mi A1 gives you just what you need, without pushing the boundaries in any way, something we’ve come to expect from Xiaomi over time. It’s not a rehashed design, but it’s not an entirely new one either.

Xiaomi’s Mi A1 is an Android One phone first and Xiaomi phone later. The promise of updated Android is something Xiaomi phones never give you, while the dual-camera keeps it in with the times. It’s not an underpowered and compromised device that the Android One program has produced so far. Instead, it’s a very dependable smartphone that you should certainly consider. It’s what Android One phones should have been from the very beginning.

The Xiaomi Mi A1 is a jack of all trade, but master of none. It has a decent camera, but it is easily outperformed by the Moto G5 Plus or Samsung Galaxy J7 Max. It is a fluid performer and offers dependable battery life, but can be outperformed by the Xiaomi Redmi Note 4. The emphasis here seems to be on keeping prices as low as possible, and if Xiaomi can his something below Rs. 13,999, this phone is a no brainer.

You’re not buying the best budget phone today, but you’re buying a phone that can stand the test of time and won’t let you down easily.