The Xiaomi Mi 4i is a strong value for money buy if you want a phone under Rs.15,000. However, it won't please enthusiasts and power users who want flawless performance.

Xiaomi Mi 4i was referred to as a ‘Made for India’ smartphone at its global launch in New Delhi. Clearly, Xiaomi has set its sights on India as a key market, especially after facing severe competition from Apple in China (Xiaomi’s home ground).
The Xiaomi Mi 4i is the company’s second phone in the Rs 10,000 – Rs. 15,000 price bracket. The first being the immensely popular Xiaomi Mi3, with which the Xiaomi made its debut in India. Priced at Rs 13,999, Xiaomi Mi3 was the only phone that offered top of the line specs at less than half the price of the flagship phones in the market. The Xiaomi Mi 4i betters the Mi3 in almost all aspects except one, and that might just be its Achilles heel, especially if you expect the Xiaomi Mi 4i to be as fast and fluid as the Xiaomi Mi3 (more on this later). 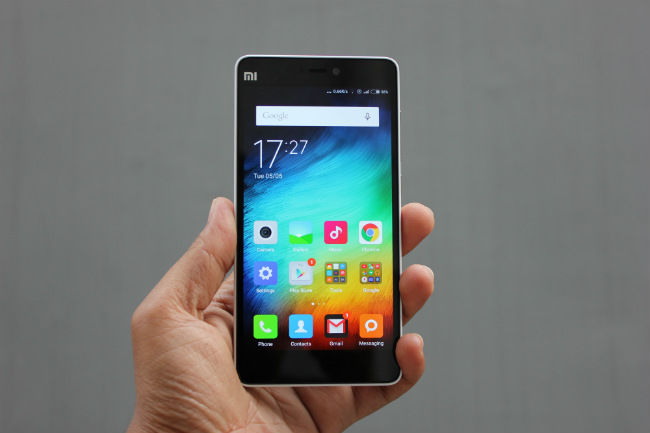 On paper: Impressive specs with quality components
Xiaomi is known to offer an excellent specs to price ratio, packing latest-gen SoCs, RAM and cameras in comparison to the competition, and the Xiaomi Mi 4i is no exception. Let’s do a quick run-down of the core specs of the Xiaomi Mi 4i. 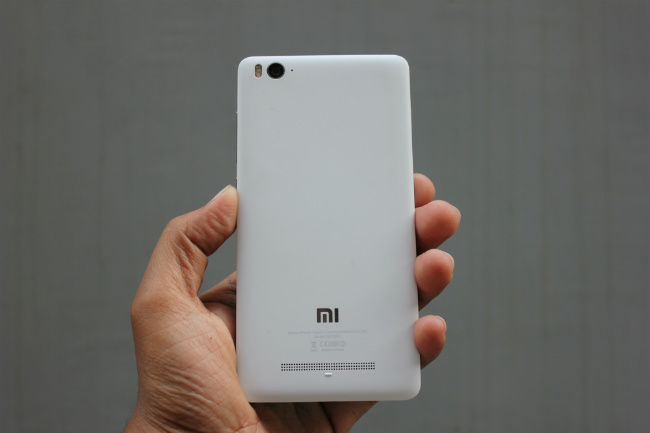 Design and form factor: A balancing act done with precision
With the Mi 4i, Xiaomi has achieved and almost perfected the art of creating a 5-inch smartphone which is compact, slim, lightweight and yet, manages to pack a large battery. At 130 grams, the phone feels super-light and offers a snug fit, thanks to the slim 7.8mm profile and matte finish plastic back, the Mi 4i feels secure and well made. Coming back to the form-factor, the Mi 4i’s compact dimensions along with its modest weight allows easy one-hand operation, an aspect that’s being long ignored by most smartphone manufacturers (though, the LG G2’s form factor still puts it at the top of my list).  If I was to pick one area where the Xiaomi Mi 4i sort of drops the ball in terms of design and finishing, it would have to be the power and volume rocker buttons. The chrome finish feels cheap and I would have personally preferred it if they had carried the same smooth premium color (and finish) as the body. Another thing I can nitpick about with respect to the buttons would be the sharp top edges which are really sharp and completely at odds with the otherwise smooth and well finished body. The Xiaomi Mi3, for example, offered smoothened edges, doing justice to the overall finish and feel of the device. Overall, the Mi 4i is a handsome looking device that’s well-built and brilliantly sized for a 5-inch screen smartphone. Xiaomi’s efforts on the Mi 4i’s form factor are commendable and I hope other smartphone brands take a leaf or two out of the Mi 4i’s design and form factor. 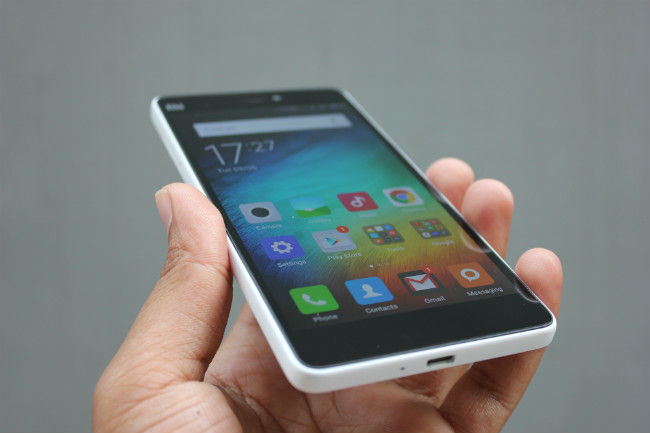 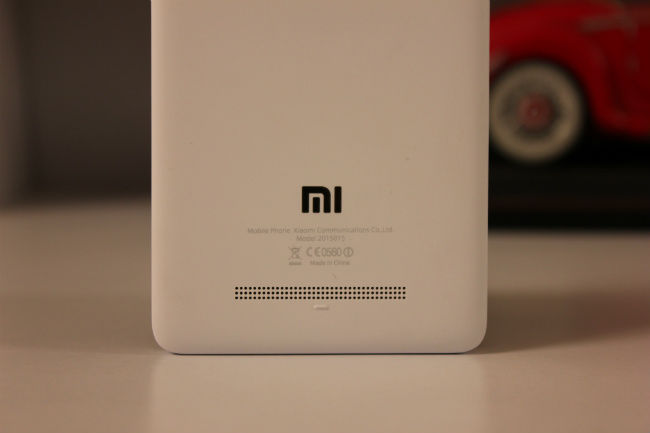 Display: A pleasing sight
Xiaomi phones have a tradition of good quality displays in terms of colors, sharpness and viewing angles although the budget Mi phones often seem to offer slightly dim displays. With the Mi 4i, Xiaomi has broken the trend by offering an extremely bright, vivid and sharp display that offers good color depth and excellent contrast. Being a fully laminated one piece/glass display, the visual impact is further enhanced, ensuring maximum impact of the vivid IPS panel along with excellent performance in terms of contrast and viewing angles. While I wasn’t able to exactly test the claimed 95% color gamut of the NTSC palette, the Mi 4i surely offers one of the best displays in terms of color and contrast. Having said that, I found the default factory calibration to be a touch on the cooler side. But that wasn’t an issue once I changed the display tone to ‘warm’ under display settings. The ‘Sunlight Display’ does largely behave as advertised, and adapts to changes in ambient light conditions; improving on the contrast when the phone is used under harsh lighting conditions. During the entire review period I never had to worry about the display glare/readability under direct sunlight; this can be attributed to 3 factors, the extra bright display, the slim OGS glass panel and the Sunlight Display tech. 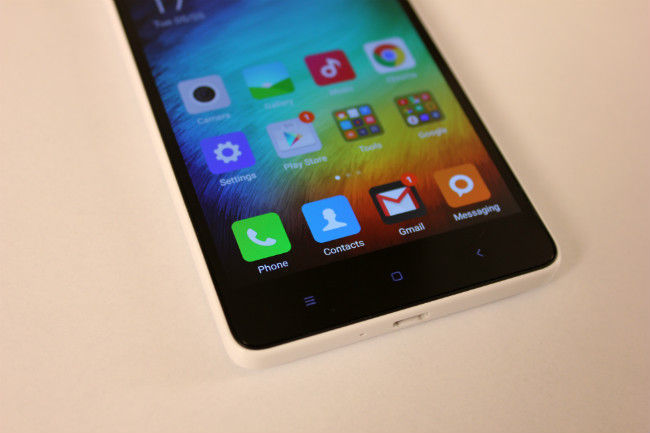 Performance: Fast but not optimal
The compact and well contained design may just be acting against the Mi 4i’s capability to deliver consistent and optimal processing performance. The Snapdragon 615 SoC inside the Xiaomi Mi 4i isn’t a performance oriented SoC and the 28nm 8-core processor is known to suffer from overheating and CPU throttling under heavy loads, just like its elder sibling, the Snapdragon 810. In my opinion, the Snapdragon 615 inside the Xiaomi Mi 4i is cramped for breathing space (with most of the space taken away by the large capacity battery-pack), causing the cores to throttle down the clock speeds often, leading to stutter and sudden freezes. The Snapdragon 615 + 2GB RAM combo will deliver smooth and lag free experience as long as you don’t burden the device with heavy multitasking/gaming or use it in high temperature environments (Delhi summers). Under both conditions, the phone does tend to heat-up quite rapidly, causing lags and stutter when switching between apps as well as during gaming. In terms of synthetic benchmarks, the phone mostly performed at par with other phones with the same combination of Snapdragon 615 SoC and 2GB RAM. The so called second generation of Snapdragon 615 SoC used in the Xiaomi Mi 4i bumps the slower quad-core cluster by 100MHz, resulting in 4 x Cortex A53 cores running at 1.1 GHz instead of 1.0 GHz. The real world performance boosts/benefits of the slight bump in core clocks aren’t substantial. The Xiaomi Mi 4i running on Android Lollipop is considerably slower in real world performance and gaming when compared to the Xiaomi Mi3 running on Android KitKat and that will keep the Xiaomi Mi3 users away from upgrading their Mi3 to the Mi 4i. We can’t wait to compare the Mi 4i’s performance with the 2GB variant of the Asus Zenfone 2 (1080p variant) which is priced Rs. 2,000 above the Xiaomi Mi 4i. 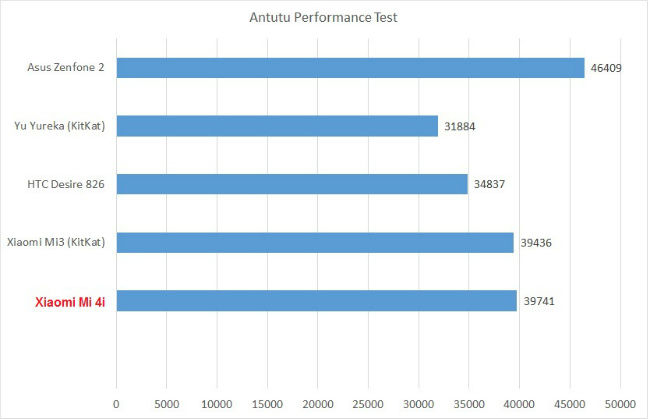 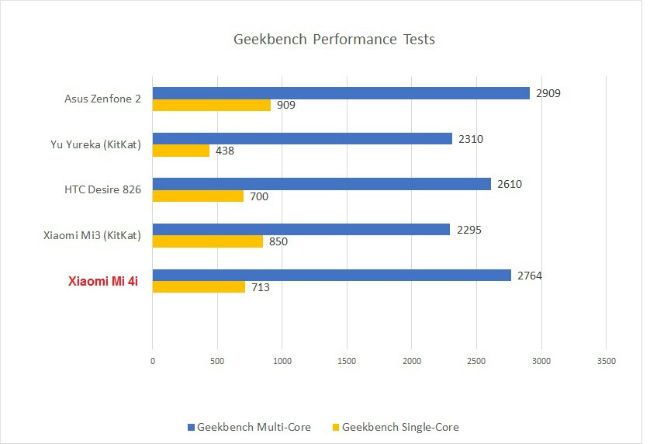 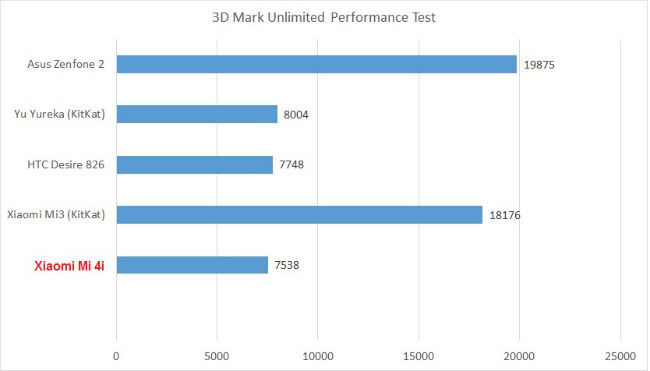 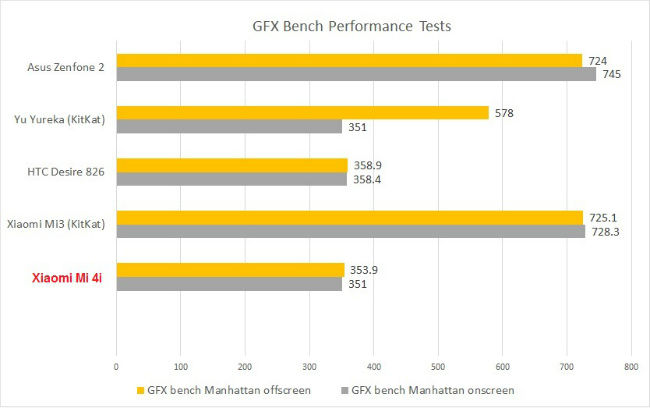 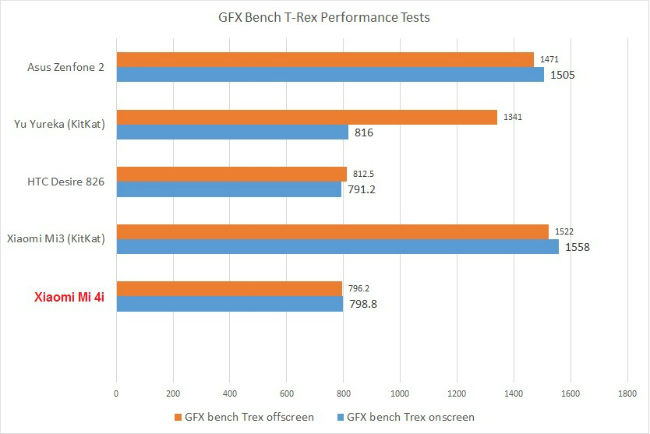 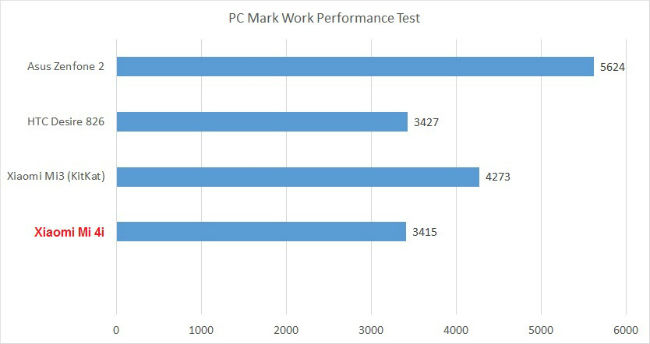 Overall, the Xiaomi Mi 4i performs well for its price-tag but it will surely not please the power user or anyone hoping for an absolutely lag free experience irrespective of the kind of apps and games one runs on it. Xiaomi Mi3 users should not look at the Xiaomi Mi 4i as an upgrade option, unless they are ok with a performance dip.

Camera: Impressive!
Xiaomi phones are known to dish out quality images, thanks to high quality sensors, fast response and the excellent HDR algorithms. The Xiaomi Mi 4i continues to carry the mantle forward, producing high quality images with minimal shutter lag. We have compared the Xiaomi Mi 4i’s camera with the Samsung Galaxy S6 Edge’s (just for kicks), I suggest you go through it to know what the Mi 4i camera is capable of. Overall, the Mi 4i camera is almost at par and sometimes even better than the Xiaomi Mi4 in normal to average light conditions, though, in low-light, the performance does take a slight dip with some more noise creeping in. However, in its price range the Xiaomi Mi 4i is miles ahead of the competition and the camera is better than the one found on the Asus Zenfone 2. I am particularly impressed with the blazing fast capture response time of the Mi 4i. Another area where the Xiaomi Mi 4i’s camera excels is HDR performance; photos shot using the HDR mode come out looking splendid. And, while the over-aggressive algorithms do end-up occasionally cranking up the color saturation a bit too much, you do end-up with pleasing images that are well worth sharing and showing off. The sharp, rich and vivid screen of the Mi 4i does play an important role in further accentuating the overall results of the camera. 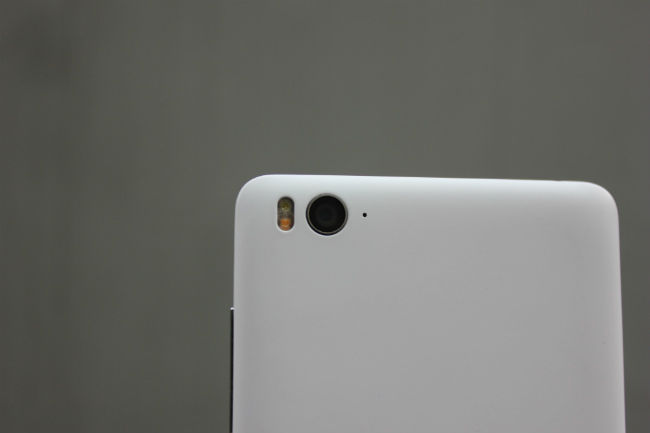 UI: Smart, easy to use and offers lot of customization
The Mi 4i runs on the Android Lollipop based MIUI 6.5.0.3. The UI looks well-polished and offers a simple and easy to master interface while offering tons of features and customizations. All the visual eye candy does take a toll on the RAM; MIUI is one of the heavier Android UIs and does feel a little sluggish at times (when switching between apps). You can read more about MIUI 6 in our Xiaomi Mi4 review here. 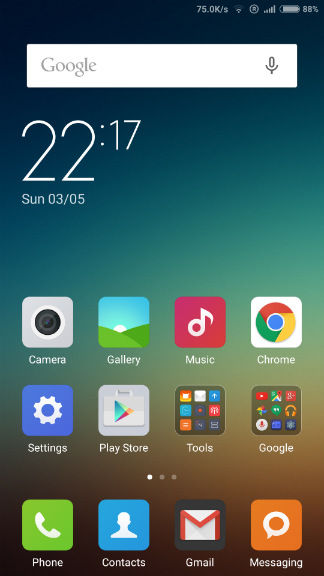 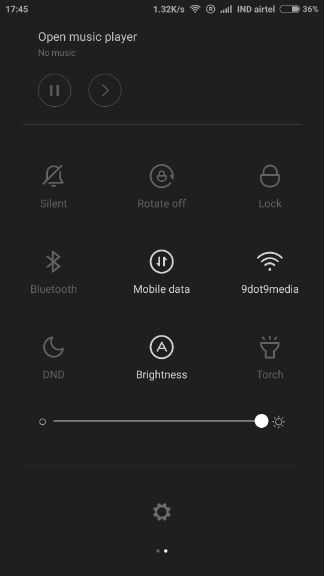 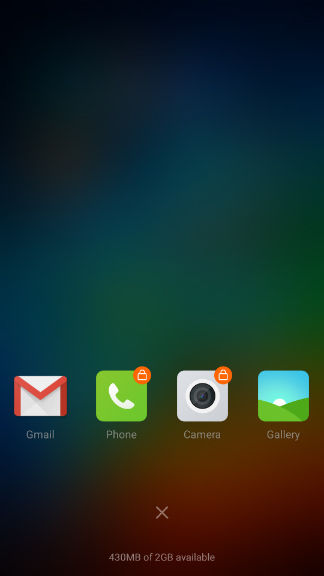 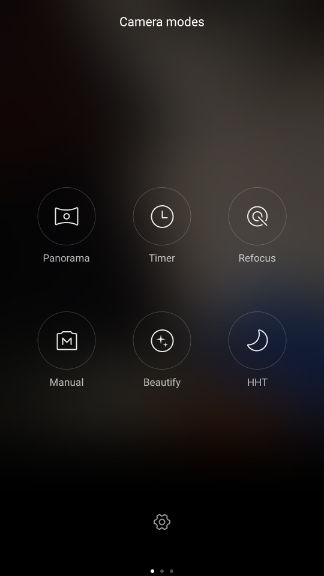 Battery-life: Enough juice on tap sans the bulk
As mentioned earlier, Xiaomi Mi 4i manages to achieve an excellent balance between form-factor, weight and battery capacity. The large 3120mAh battery pack inside the Mi 4i ensures enough juice for almost 2 full days for light to moderate users (without gaming) and will surely last through the day for heavy users. The battery performance particularly comes under pressure during games, just like any other smartphone. 15 minutes of gaming (Marvels: Contest of Champions) drove the battery level down by 10%. While there are enough phones with larger battery-packs in the same price segment, there isn’t a single 5-inch screen smartphone that is as light (130g) and compact that manages such good battery life while offering such a bright 1080p display. 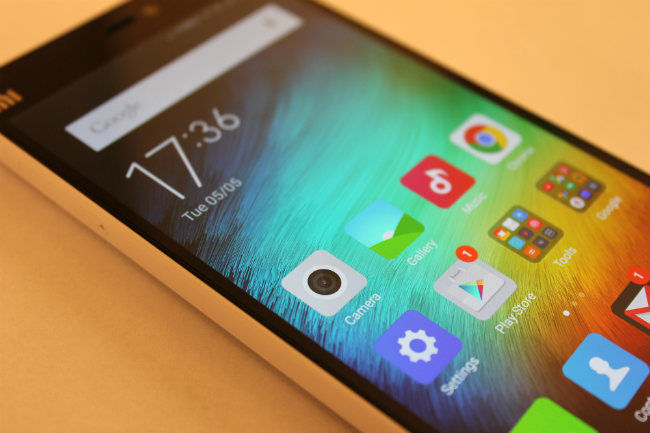 The storage issue: 16GB of storage without the option to expand its memory can be limiting, especially when you can consider a scenario where a user can conveniently move all media files (pictures, videos and music) onto the memory card and reserve all the fast onboard storage for apps, getting the best of both worlds. Unfortunately, Xiaomi thinks otherwise and hence is limiting the storage capacity of the Mi 4i to a maximum of 16GB for now.

Call quality: The Xiaomi Mi 4i posed no problems in terms of call quality and network reception. In fact, in areas where many smartphones suffered from poor connectivity, the Mi 4i offered realtively better network connection and call quality. Similarly, data connectivity and WiFi performance was at par and inline with what one expects from a modern smartphone.

Bottomline
As I mentioned at the start of my review, the Xiaomi Mi 4i does most things right and offers stellar value and quality for its price tag. The only real weak spot in an otherwise complete package is its performance under load; if you don’t expect the Mi 4i to fly through those long gaming sessions or multitask like a champ, you are in for a very good experience. On the other side, power-users will find the Xiaomi Mi 4i lacking in terms of pure compute performance. For power-users and gamers, I’d suggest you spend more and buy the Xiaomi Mi4 16GB version for Rs. 17,999. Alternatively you can also look at other phones like the OnePlus One and the newly launched Asus Zenfone 2. (Read: Asus Zenfone 2 vs Xiaomi Mi4 vs OnePlus One performance comparison)