Xiaomi Mi4 Review: Has Xiaomi finally got it wrong?

The Xiaomi Mi4 is no doubt a value for money device, but the 16GB internal storage with no micro-SD slot is a deal breaker for us. If you want a phone below 20k, then go for the Honor 6. If you're hell bent on getting an Snapdragon 801-powered device, then the OnePlus One provides more value with its 64GB storage capacitiy, inspite of the slightly higher pricing.

Five devices in six months, that’s the track record Xiaomi has in India till now. The company started operations here back in July last year and has launched five smartphones in the Indian market since then. It started with the ground breaking Xiaomi Mi3, followed by the Redmi 1S, two Redmi Notes and now the Xiaomi Mi4. Amidst all this, Xiaomi’s trademark has always been the low price of its devices, despite offering flagship level specifications. Until now, that is. The Xiaomi Mi4, which in a way fills a void in the company's portfolio in India, has been priced at Rs. 19,999.

With the discontinuation of the Mi3, Xiaomi had been lacking a flagship in the market. The Mi4 fills that void and unlike its other devices, we’ve seen a lot of negativity with the Mi4 already. While some say the device has come too late, others comment on the pricing. In addition, unlike the others, which had little to no competition, the Mi4 has a lot to live up to. The smartphone is competing against the likes of the OnePlus One, Huawei Honor 6 and the Lenovo Vibe X2; devices that have all been loved by consumers till now. So, is the pricing bad for this one? Or is the Mi4 another ground breaking Xiaomi device that you should wait in line for (speaking digitally of course)? Let’s find out.

We had first spent some time with the Mi4 in October and if you had read our story at that time, you would know that we weren’t thrilled with the glossy back. Well, that remains the same. While the Mi4 is a very sturdily built device, which feels premium enough, the glossy back makes it a little slippery. 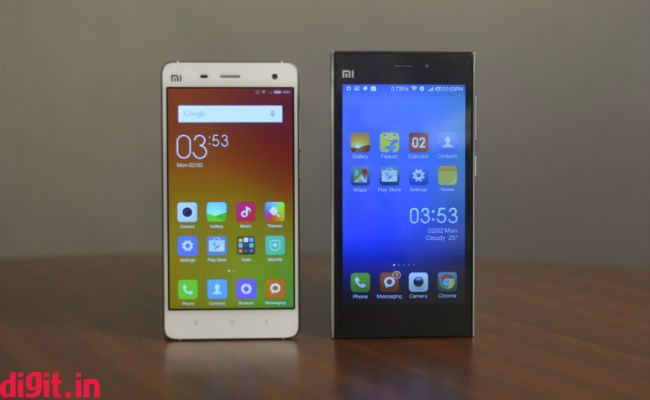 That said, it is also a small misstep in an otherwise well built device. The metal rim around the side of the smartphone feels good and it is compact enough to be used with one hand. The Mi4 does feel slightly heavy, when compared to some other smartphones, but it isn’t heavy enough to really be a problem. 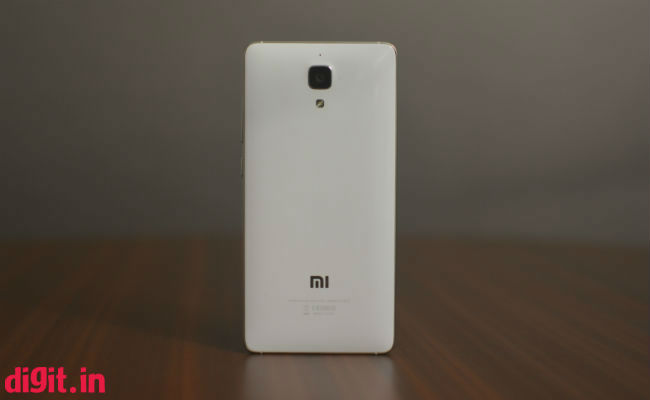 The phone has an iPhone 5S like feel, barring the metal back that the iPhone had and the fact that the Mi4 is considerably bigger. So, in the build and design aspect, this phone will get a lot of points, whichever way you look at it. 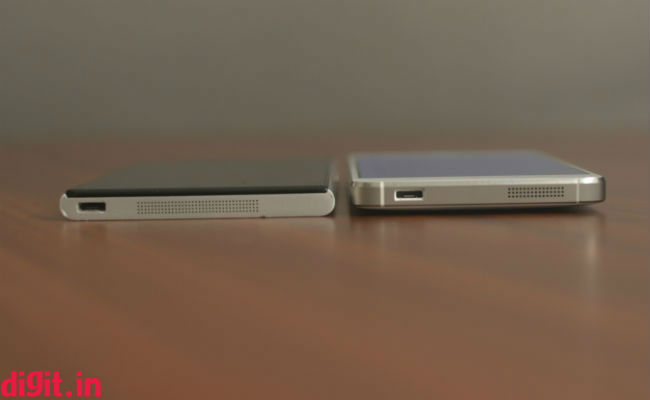 You know how Nokia’s ClearBlack displays are aided by the Windows interface? The same happens here with MiUI 6. The colourful nature of the UI makes the display seem vibrant and the pixel density is enough to rival any of its competitors, including the larger OnePlus One. In fact, you may easily find the Mi4’s display to be the better of the two.

That said, the display is quite warm. While this is an IPS panel, the colours on the display make it seem more like an AMOLED panel. The warmth is quite like what you get on Samsung devices, so the decision would ultimately depend on whether you like such displays.

Yes, it does look similar to the iOS, but MiUI 6 also stands apart with its own personality. If MiUI 5 was about customisation and control over your phone, MiUI 6 is more about the visual aesthetics. The iOS-like animations and visual elements do bring it a lot closer to being called an Apple ripoff, but again, MiUI 6 has its own personality. 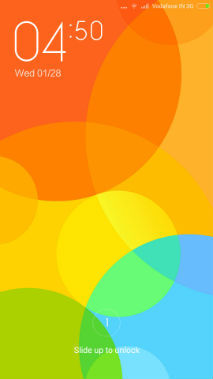 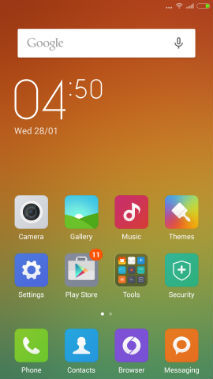 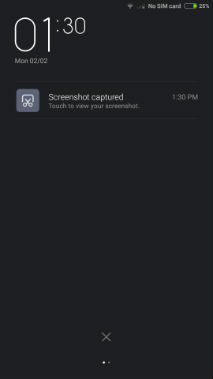 The colours are vivid and the animations are slick. The overall feel of the new user interface is good, with the added incentive of customisation options that we had seen in MiUI 5. The Notifications panel is translucent now, with a swipe to the right required to go to quick settings. Unfortunately, the Music controls above the Quick Settings are utilitarian, allowing you only to pause a song or skip to the next one. 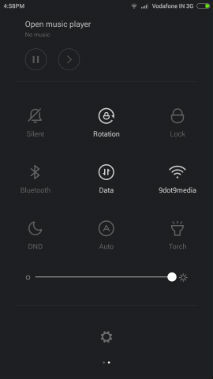 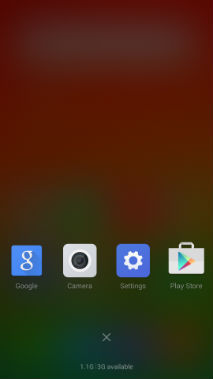 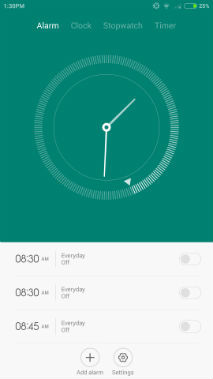 The Music and Notes widgets are gone and the Music app itself lacks many options for sorting through your music. The Theme Store is still present and you can download various themes like before.

Overall, MiUI 6 basically takes the older versions and improves on their visual aesthetics. There’s not much that is new here, by way of features.

At Rs. 19,999, the Mi4 is still the cheapest Snapdragon 801-powered smartphone you can buy today. Also, that puts it squarely in competition against the OnePlus One smartphone and other powerhouses like the Vibe X2 and Honor 6. In terms of pure performance, for playing games etc, the Mi4 is every bit the performer. Remember though, the phone has two performance modes — Balanced and Performance. 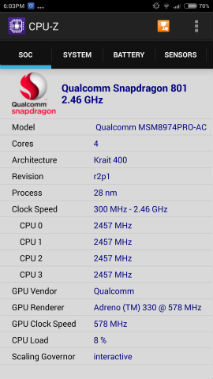 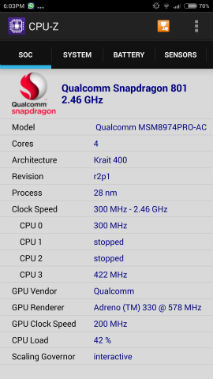 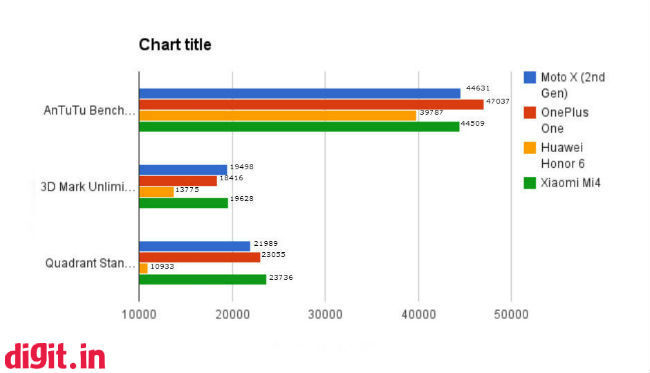 For regular use, you may want to keep the Mi4 in the Balanced mode, as this does offer a higher battery life, but switch it back to Performance later.

The UI again is quite resource intensive, in the sense that we never quite saw over 1.5GB of free RAM out of the 3GB that the device comes with. This, to be honest, was a little disappointing, considering that the phone might have performed even better had the UI been less resource intensive.

The 3100 mAh battery on the Mi4 is another similarity that the device has with the OnePlus One. That said, it is also one of its weakest areas. The battery lasted only five and a half hours in our battery test, whereas its competitors, the Honor 6 and OnePlus One, both last almost double of that. It also didn't beat them in the PC Mark for Android battery test. 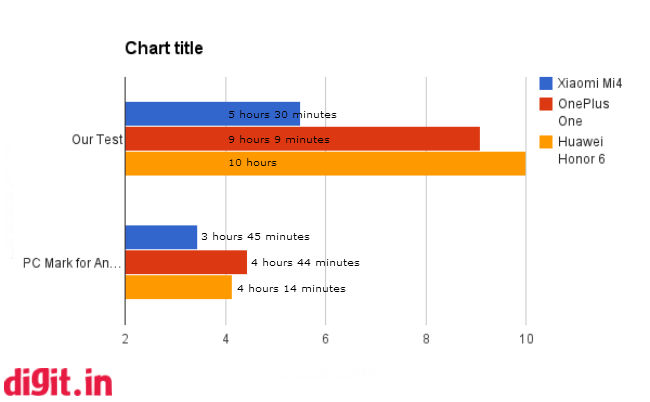 With above average gaming and web browsing, the Mi4 couldn’t last us through the day. In fact, after a lot of huffing and puffing and using the balanced mode predominantly, we could get the device to last 10 hours at best. This could turn into a big weakness for the phone in as competitive a market as India. The battery life goes up by almost an hour in the PC Mark test, when put in the Balanced mode, but in general you'll have to charge it at least twice everyday.

The Mi4 does have fast charging though and it charges very fast, so that will take care of some of your battery woes. It doesn’t take much time to charge the device, with our only issue being the fact that the charger itself malfunctioned a few times. That, of course, was a device specific issue and we’ve already notified the company of the same. We will be updating this review, whenever we get a new charger.

Update: We received another charger from the company and the new one is working fine. Chargers can malfunction for a variety of reasons, including faulty plug points, sudden power surges etc. What's certain though is that the phone itself is still working fine.

We had loved the Mi3’s camera earlier and Xiaomi has done quite well with cameras since then. The Mi4 continues the tradition, except, we like the Mi3's camera better. Both the smartphones have 13MP rear cameras, but the Mi3 seems to do better with the white balance.

Images taken by the Mi4 came overexposed sometimes. That said, the focus dot, which doubles up as the exposure control is a nice touch. The fact that it shows you how the picture is going to look in real time allows you to take good shots.

If you’re more of a point-and-shoot kind of camera user, then the Huawei Honor 6 presents a better option for you. The Mi4 on the other hand will be loved by camera enthusiasts. 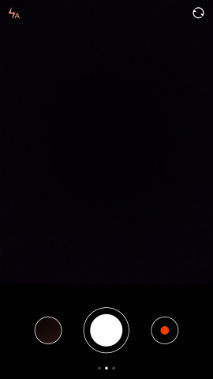 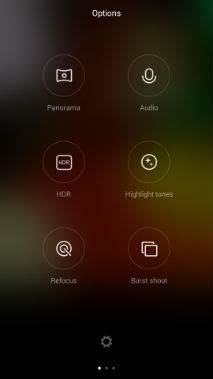 Also, the exposure control helps a lot in low light conditions and the Mi4 is one of the best smartphones in this segment for low light imaging.

The Moto X (2nd Gen) is arguably the best Android device out there today, but when Motorola launched the 16GB version, without a memory card, we rued the choice. The same shall be said of the Mi4, which has no external storage option and only 16GB internal.

You get about 13GB of usable storage space, which is hardly enough, especially for a power user. On the first day of usage, we were left with about just over 1GB of storage, after putting our apps and music on the phone.

While Xiaomi did say that the 64GB version would be available sometime in the future, for now, this is the only version that you get.

At Rs. 19,999, the Xiaomi Mi4 is really a value for money device, except the fact that it comes with only 16GB of storage, with no memory card slot.  In addition, its closest competitor, the Honor 6 has expandable memory and is priced at Rs. 17,999 right now. Slightly higher is the OnePlus One, which costs Rs. 21,999 and comes with 64GB external storage. Also, the Honor 6 takes more balanced images easily.

While phablet lovers would almost always go for the OnePlus One, if you have a below 20k budget, then the Honor 6 presents a better option, because of its expandable storage space. Personally, we wouldn’t buy this simply because of that, but if 16GB seems like enough space for you, then knock yourself out.