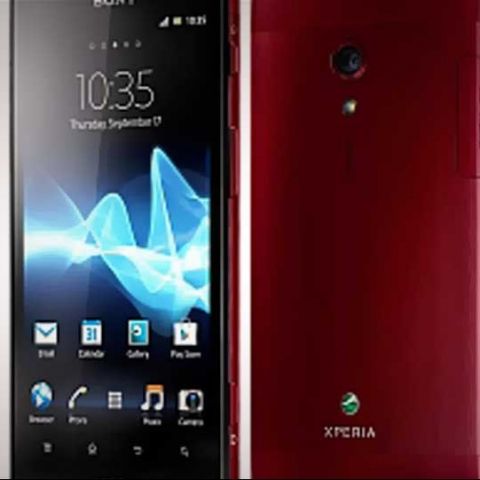 The Sony Xperia Ion's persona makes you a fan instantly, and has no visible flaws as a phone. It has good looks and stable performance, while presenting you with excellent call clarity and fairly good battery life. However, things start to go wrong the moment the price tag comes into consideration. With the Samsung Galaxy S III and the HTC One X available in the same price bracket, the consumers cannot decipher any comparison in the favour of the Xperia Ion.

The Sony Xperia Ion is one of those phones that tend to perplex quite a bit. There is nothing wrong with the phone as such, and it seems to have everything going for it, starting from the looks. However, things tend to go a bit pear-shaped with the price tag of around Rs. 37,000.

Build & Design
In terms of the design and the materials used, the Xperia Ion is completely different from its elder sibling, the Xperia S. We had loved the majority rubberized finish on the Xperia S, as well as the transparent strip below the display that lent it a rather unique look. However, the new flagship smartphone has a more conventional look at the front, and the slightly curved brushed aluminum rear panel.

With the 4.55-inch display, this is straight in the middle of the big screen phone category. Compared to the Xperia S, it isn’t a major display size change. But, the Xperia Ion feels considerably bigger to hold and use. Having said that, let us specify that it is still within the comfortable range, and can be used with one hand for most tasks. While the Xperia S has a fairly flat rear panel, the curved one on the Xperia Ion is possibly the biggest reason it feels slightly bigger in the hand and in the pocket.

The front of the Xperia Ion has the traditional look, as we have said all along – the display below which are four touch sensitive keys. Unfortunately, the touch capable area is quite small – indicated by the tiny line of light below the individual keys, but once you do get used to it, that shouldn’t be an issue. It has the scratch resistant glass, same as the Xperia S, but we would suggest using a screen protector anyway.

The right side of the Xperia Ion is where a lot of the keys are – the power key, the volume rocker and the camera key. The left side has a clearly visible port cover, which has the microUSB and the HDMI ports safely hidden away. Unlike the cover on the Xperia S where you open this and twist it backwards to keep it safe, the one on the Ion opens and will stay below the cables you may have connected. You will need to be extra careful to not twist that open.

On the back of the Xperia Ion is the brushed metal, but there are two different finish tones merging here. On the top and the bottom are chunks of solid crimson red colour, while the middle has the brushed look. The area on the top is also indicating the little panel that’ll open to let you access the SIM card and memory card slot. It is good to see that this phone can take a full-sized SIM card, and Sony has provided with the micro-SIM adapter, just in case.

Features & Specifications
The differences between this and the Xperia S include the slightly bigger display, and a different form factor. The Xperia S has a 4.3-inch display and the Xperia Ion gets a 4.55-inch display. The resolution remains the same – 1280 x 720 pixels, and the display type is still the basic LED backlit-LCD. While this display does very well in terms of being natively bright and having a generous dose of crispness, it does fall behind significantly in terms of colour vividness and richness, when compared to the fancier Super AMOLED on the Galaxy S III and Super IPS LCD2 on the HTC One X.

When at the same brightness levels, this seems a tad more reflective than the Samsung Galaxy SIII but is slightly better than the HTC One X. For indoor usage in a typical home or office environment, brightness slider set at 20% should be more than enough. Surprisingly, Sony has still not added the automatic brightness feature to the Xperia Ion. This was missing on the Xperia S as well. The Bravia Engine makes its presence felt when watching a video or enjoying a slideshow. But, had this been a fancier display, this technology could have had more impact.

The internal memory has also been slashed, with the user having access to only 13.2GB for storage purposes. This is much lesser than the 32GB on the Xperia S, but do remember that the Ion does get a memory card slot, something the Xperia S didn’t.

The Xperia Ion comes with Android 4.0.4 Ice Cream Sandwich out of the box. This is the latest ICS version that Sony is rolling out for the NXT range as well as some older Xperia smartphones.

Performance
This is where you begin to wonder what Sony was thinking when they priced this phone right in with the likes of the much more powerful Samsung Galaxy S III and the HTC One X. What is even more perplexing is that the Xperia S, with exactly the same power package, is retailing in the market for around Rs. 9,000 less. Let us run you through the specs – the 1.5GHz dual core processor, 1GB of RAM and Adreno 220 graphics. Compared to the quad0core processors plus the Mali 400 GPU on the Galaxy S III and the Tegra 3 graphics on the One X, the Xperia Ion’s specs do look considerably underpowered.

In reality, the performance figures do complete justice to the power package. As the benchmark tests graphs would illustrate, the Xperia Ion is a tad bit faster than the Xperia S, and that would probably be because of the better optimization of the OS and the Timescape skin with the hardware. Even in the real world usage, the Ion is a pretty nippy phone. We had exactly 7 apps open in the background, and the phone didn’t even give a minor hint about any possible load. For whatever it may be worth, we cannot at all fault the Xperia Ion on the performance front. It is doing what dual-core processor powered smartphones do, and then some. If we were to look at the best dual-core processor powered phones in the Android ecosystem, this would be very close to the top of that list.

The battery life of the Xperia Ion is slightly more than the Xperia S. Under a standard daily usage load, the Xperia S lasts a day. This one will get you from one morning till lunchtime on the next day on a single charge. The bigger 1,900 mAh battery does make a difference, and the Xperia S has a 1,750 mAh battery.

Also carried forward as is the 12MP camera. Now, this one is the perfect example of what they say in the football world – a game of two halves. If you are using this in good lighting conditions, let us say a brightly lit room or outdoors during the day, the performance will be absolutely brilliant. The colour vividness will be adequate, there will be crispness without edge noise ruining the shots and depth will be quite good too. It also goes for the 1080p videos, which benefits from video stabilization. However, the moment the lighting goes down even a bit, the noise really kicks in the still shots. Even if you do get decent enough shots in low light, zooming in isn’t really ideal, because the results will be more than disappointing. Videos will also get a considerable amount of noise, and if you are panning, focusing will be very slow.

Bottom Line
As a phone, and particularly in terms of the looks, the build, the processing power and the battery life, the Xperia Ion is very good. We can’t really find any big faults with the phone. The only real fault is with the price tag that Sony has slapped on it. For around Rs 28k - Rs 29k, this would have been a phone most definitely worth considering. However, the box price of Rs 36,999 is putting it against opponents who will most likely win the spec comparison battle on the shop floor. No matter how good the experience might be, the Galaxy S III and the One X will always have an initial advantage in terms of the spec sheet, and it is easier to build a favorable case with that as a base. A price re-jig is desperately needed, otherwise a very competent phone runs the risk of sliding into oblivion, for no fault of its own.