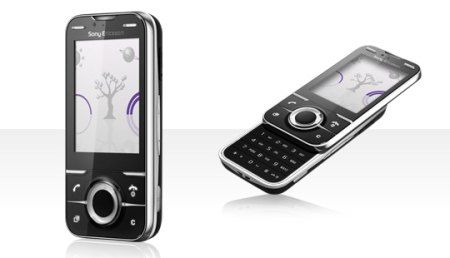 The Nintendo Wii has left many people impressed with its gesture gaming hook and left many more wondering if that kind of technology was possible on the mobile phone. Well, with the latest from Sony Ericsson, its latest Yari range of phones, you need wonder no more. Sony Ericsson has brought gesture gaming on the mobile platform. This, I believe is going to be the next big thing in mobile gaming in the year 2010. Before we review the rest of the phone, let’s take a long, detailed look at the gaming facet of the Sony Ericsson Yari U100i. After all, the motion controlled gaming is the unique selling point of the device. The Games menu of the SE Yari U100i has about ten pre-installed games. Out of these ten, Tennis, Bowling and Fitness support the gesture gaming feature that the phone touts. The phone comes along with a stand and some of these games are supposed to be played by placing the phone on the stand in the portrait orientation. 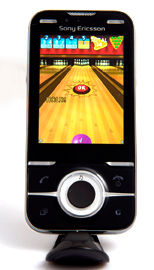 Among these games, Bowling was the best in terms of response. Here the phone acts like the ball and you perform a bowling motion to play it: after selecting the spin and indicating the ball's direction, you have to make a movement similar to what you would in a bowling arena, the movement is recorded and the ball is then set in motion according to the movement. This is a very addictive game and one that is sure to raise many an eyebrow if played in public places.

Fitness as the name suggests is a game with has exercises such as squatting, side stepping and yoga. After the camera is done sensing the person standing in front of it, the game starts with an animated person on screen along with arrows, both of which you are supposed to follow for that particular exercise.
Tennis gets annoying after a while as there is a delay in the phone’s response. To strike the ball with the racquet, you sometime have to do go through the ‘hitting’ motion before the ball actually reaches the racquet. The lag in the game is a big turn off. It would have helped if the game developers mentioned the appropriate distance to be kept from the phone while playing the game.
For additional gesture games such as Baseball and Boxing, you can log onto the Play Now arena which is a Sony Ericsson application store and buy games. They are available at a hefty price (GBP 4 which comes to approximately Rs. 320), which is a downer.

The gaming experience on the whole leaves a lot to be desired. Except for Bowling the other games fall flat on their face. If more than one person comes in front of the sensor the camera gets confused and you have a messy experience at best. This gesture-based gaming, however, does not hog the battery life as one would expect. 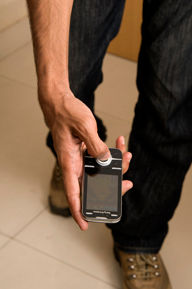 All in all, this gesture-gaming innovation definitely needs some rework to give a flawless gaming experience.

The Sony Ericsson U100i has an all-black body with a slider and a 2.4-inch screen. The SE Yari U100i has the standard Sony Ericsson Java UI. As far as design of the phone goes, it is very ordinary to look at. The Yari U100i's keypad barely offers any tactile feedback and consists of a single sheet with minute dots jutting out to form the individual numbers. It’s only when one presses these dots do the characters appear on screen. It is very annoying while texting and takes a lot of time to get used to. The phone has a rubberized grip on the rear side. Its rounded edges, along with the rubberized rear, give the phone a good grip.
The Sony Ericsson Yari U100i is a high-end camera phone featuring a 5MP camera with many features that would put to shame some stand-alone digital cameras. Not only does the phone's camera offer multiple modes and options, but it also allows the user to instantly share pictures over the internet. With its inbuilt Facebook application, the phone also has an option to allow the user to send the pictures to Facebook directly, and anyone can start a conversation on that picture. The presence of an accelerometer adjusts the images in the portrait/landscape mode according to the orientation of the phone.

The music output of the phone is quite decent, but do not expect a Walkman-series like performance. The dual speakers on the rear side are good, equalizer options are present. The Styles option for the music player is a nice touch as it offers the user the option to select skins such as a gramophone or an LP cassette player. It makes the app visually appealing. The interface of the media menu is also nice with options written in white against a black background, thus making for easy readability due to the high contrast. The variety of options to segregate the music according to year, artist, and genre is a welcome one. Like all Sony Ericsson phones, a 3.5mm audio jack is missing, so you need to use the bundled earphones or buy new Sony Ericsson ones. TrackID is a cool addition to the phone and pulls in audio information while you are listening to songs. TrackID records a small portion of the audio, and then sends that sample online to fetch all manner of information on the music you are playing.

Conversations is another interesting feature of the U100i as it turns SMS texting into a chatting experience: the messages are threaded so that while the user is typing out a reply, the original message is still displayed above the current one. There is also an option to send pictures, animations, video or sound along with your message. The integration of various communication platforms adds a lot of value to the phone.
The Sony Ericsson Yari U100i also integrates social networking with dedicated applications for Facebook, YouTube and Blogger. It also allows you to send photographs and videos over the internet or directly via a Bluetooth transfer. The Location Services menu offers Google Maps for navigation and a program called Tracker, which is great for keeping a tab on exercises such as walking and running.

The Sony Ericsson Yari U100i has an inbuilt phone driver. Which means that the phone prompts the user to install the drivers on his system before any data transfer begins. There is an option to download other suites.
The Sony Ericsson Yari U100i is a performance-packed phone which not only bundles a great camera and a decent audio but brings with it gesture gaming. For Rs 16,950 we feel it is decently priced as there is no other phone in the market with as many features. It's an ideal phone for college students as well as young professionals.