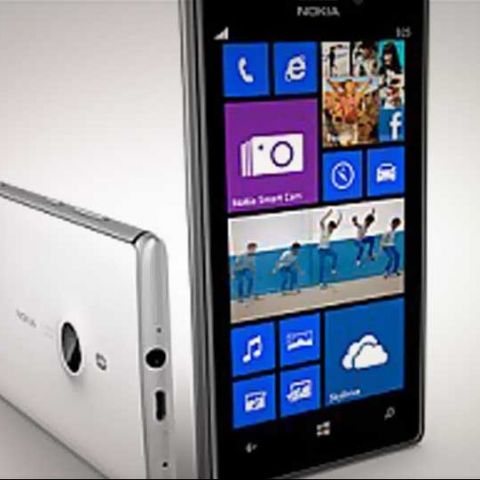 The Nokia Lumia 925 is a newer, lighter, thinner flagship from the Finnish company, which houses pretty much the same insides as the Lumia 920. We take a look at what's different about the phone, what's the same all in an attempt to answer the question of whether it's worth upgrading to or not.

When the Nokia Lumia 920 launched back in January of 2013 (for the Indian market at least), there was so much to love about the phone, all of which got overshadowed by how bulky and heavy the phone was. The size and weight was a deterrent to many, and Nokia picked up on that rather quickly. The phone’s excellent innards were put into a much slimmer and lighter body and what we get is the Lumia 925. But is it just an old phone in a new body or does the Lumia 925 bring something new to the table?

Build and Ergonomics
The minute you pull this puppy out of the box, the weight of the phone will be apparent to you almost immediately. While the Lumia 920 weighed in at a rather hefty 185 grams, the Lumia 925 barely tips the scales at 139 grams. That might not seem like too big a difference on paper, but trust us, if you hold the two phones in either hands, the difference is starkly noticeable. The second most apparent change between the two cameras is the thickness that’s been shed off the Lumia 920. It’s the kind of loss that would make any of us envious. The Lumia 920 measures a good 10. 7mm in thickness, but the Lumia 925 measures just 8.5mm. The phone is almost as thin as the iPhone 5, which has already been impressing patrons worldwide for its slim form factor.

The screen on the Lumia 925 is a familiar 4.5-inches in size, which we found to be rather easy to operate with a single hand. This was generally a little difficult to manage with the Lumia 920, mostly due to its thickness, but now that the Lumia 925 is much slimmer, it allows the thumb to stretch out more freely. The side buttons are also easy to reach, regardless of whether you are right handed or left.

Now in our extensive use of the Nokia Lumia 920, the one thing we had come to be sure of was that the solid polycarbonate build rendered it near indestructible. Well, maybe not, but we did rest easy that the thing could easily handle a fall or two from reasonable heights, but we’re not so sure if we can say the same about the Lumia 925. The Lumia 925 swaps out the polycarbonate construction found on the Lumia 920 for an aluminium one, which is why it’s such a lightweight product.

The side buttons on the Lumia 920 were made of Zirconium, an incredibly hard scratch and dirt resistant substance that also happens to look pretty good. The buttons on the Lumia 925, however, are made from the same machined aluminium as the body, so as to maintain aesthetics. The buttons still feel incredibly solid, with the travel being just enough to seem comfortable. The camera button is a little hard to press though, which could cause shake in the event you use it to actually take a photo.

Software and Features
The Nokia Lumia 925 totes the same Qualcomm Snapdragon S4 1.5GHz dual-core processor as that found in the Lumia 920. It even has the same 1GB of RAM. The difference between the two models is that while the 920 also came in a 32GB variant, sadly, the Lumia 925 doesn’t. It only sports 16GB of on-board storage, with no expansion options. The display maintains the same resolution of 1280x768 pixels across a 4.5 inch surface, resulting in about 332 ppi of effective pixel density. However, the Lumia 925 uses an AMOLED display instead of the IPS panel found in the Lumia 920. What this has effectively resulted in is incredibly saturated colours that seem to pop right out of the screen, but the contrast just isn’t as good as that on the Lumia 920. There’s also a colour shift as you change the viewing angles on the phone, often casting a blue/green tint. If you’re a photographer, you might find this extremely annoying.

Performance
The performance of the Lumia 925 is pretty much identical to that of the Lumia 920, which doesn’t surprise us as the specs on the two phones are identical. Going between screens and apps is incredibly fluid, something the Windows Phone 8 OS has come to be synonymous with.

We played several games on the phone as well, titles such as Temple Run, Rayman Jungle Run, etpack Joyride and even the new Halo Spartan Assault ran very well on the Lumia 925. The experience of playing games on the Lumia 925 is as smooth as you would expect from a high end smartphone, with the only problem being that the phone has a tendency to heat up on the edge right above the volume rocker. In fact, talking for a long period of time, or using the tethering feature, or even having the camera on for long results in the same heating issue.

While the phone performs splendidly on tasks of the daily usage kind, the real prowess of the phone lies in its camera. The Lumia 925 has the same imaging sensor as the Lumia 920, but the lens design incorporates an additional lens element, bringing the number up to 6. This, Nokia says, helps the Lumia 925 perform better in daylight, keeps the flaring and ghosting to a minimum and allows the camera to register sharper images.

Conclusion
The Nokia Lumia 925 is one hell of a performer and if looks could kill, the Lumia 925 could potentially be a serial killer. It is light, it is thin, it is easier to use with one hand, but the trade-off of all this amazingness is that it feels like a slightly less sturdy phone than its older brother. The camera on the Lumia 925 finds it difficult to keep up with the one on the Lumia 920 in terms of overall image quality, however the lens on the Lumia 925 does seem to perform a little better in terms of sharpness. Ideally, the Lumia 925 is for those who’d want the Windows Phone 8 experience augmented by a good camera in a slim and light body.