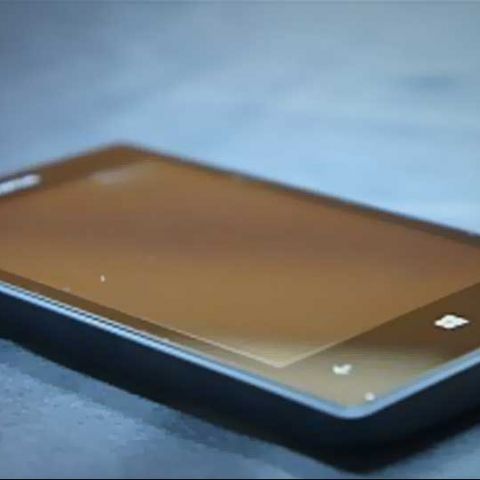 This is the cheapest Windows Phone 8 device you can buy at the moment, a mobile platform that Microsoft has promised to support at least for the next two years. The phone is incredibly well priced at Rs. 10,499 and should attract many of those looking to buy their first smartphones, or students who may be on a tight budget. However, just because the phone is cheap, does that mean it can't live up to our expectations? We find out.

The Nokia-Microsoft bond is one that many often question, saying that the Finnish company should ditch the latter’s Windows Phone 8 platform in favour of Android. However, given the popularity of the current Windows Phone devices in the market, such as the Lumia 920 and the 720, coupled up with the excitement of the Lumia 1020, we don’t see why Nokia would want to find itself a new software partner. One of the phones that also created waves when it came out was the Nokia Lumia 520, the cheapest WP8 device in the market at the moment. But does being the cheapest Lumia also mean cheap build and poor performance? Seeing how it runs on a 1GHz dual-core processor, with just 512MB of RAM, could give anyone the impression that it would be an underperformer, but we go exploring this question regardless.

Build and Design
The Nokia Lumia 520 takes its design cue from the Lumia 720, in that it has sharp rounded edges instead of the soft round corners of the Lumia 620 or 820. The phone’s build follows a gentle curve from front to back that flow rather well with the curvature of our hands when we’re holding the phone. The smooth matte plastic shell that forms the majority of the phone is also built incredibly well, giving the phone a very solid feeling. We wouldn’t squirm if we dropped the phone once or twice honestly. It’s a Nokia after all.

The 4-inch screen on the phone allows it to be a perfect fit in most hands, not to mention allowed us to go all one-handed on the Lumia 520. With the new “screens must be big” fad, we’ve had a hard time using our phones with one hand, so the Lumia 520 feels really nice in this regard. What are also really nice are the volume, power and dedicated camera button on the side of the phone, which stand out quite prominently, meaning that when you press them, there is adequate feedback for you to know that the phone registered the press. This has been a recent issue we faced with several phones, where the manufacturers try to “blend” these buttons into the body to a point where their form trumps functionality; case in point, the HTC WP8X.

The Lumia 520 has a microUSB charging port at the bottom, a 3.5mm headphone jack on the top and a singular camera on the back, making the design rather minimalist in nature. The phone, even being a “budget” phone costing Rs. 10,499, feels incredibly well built, almost like a premium phone.

Software
The Nokia Lumia 520 ships with the Windows Phone 8 OS, Microsoft’s latest mobile operating system. The phone is slated for the Amber Update, which would add Bluetooth 4.0, FM radio and other functionality to the phone. However, we’re going to focus on what the phone has to offer in its current firmware version.

The Lumia 520, just like every other Windows Phone 8 device, ships with a copy of OneNote and Office for Mobile pre-installed. For a phone that costs as little as this one, the presence of Office for Mobile should be enough in of itself to be a big value for money factor. If it’s not, then you will have access to the Microsoft Windows Phone Store from where you can download most of the popular apps such as Facebook, Whatsapp, Viber, Foursquare etc. Then there’s also SkyDrive, with its free 7GB of online storage.

Microsoft isn’t the only one showing some app love to the Lumia 520. Nokia also has a suite of applications that grace the Lumia 920, and also make their way to the Lumia 520. There’s the Nokia Drive navigation app, which quite frankly, has been a life saver on more than one occasion. If photography is your thing, then you can use any of the Nokia photography apps like Cinemagraph, Smart Shoot and even PhotoBeamer on the phone.

Microsoft and Nokia have married their software and hardware incredibly well. In our extensive usage of the phone, we didn’t encounter any lag or tearing animation, despite the so called lower-end CPU and “just 512MB of RAM.” Even Temple Run, which recently downgraded its RAM requirements to 512MB ran perfectly smooth, responding with amazing fluidity to all our gestures.

Camera
The Lumia 520 has a modest 5 megapixel camera, with no flash of any kind. So, you can rule out being able to take photos in a club almost entirely. However, if you are in decent light, such as day time, or event overcast skies, the camera manages to pull off some pretty decent shots. We do strongly recommend steady hands for close-up shots though. Most often, we noticed that pressing the shutter button often caused a little bit of camera shake, which required some attention in order to compensate for, so we recommend utilizing the “touch-to-shoot” feature of the phone as extensively as possible. Combine the camera with the Cinemagraph app, or with Smart Shoot or even with Photosynth and you are buond to get images you can show off.

Looking at the images from the camera, we can safely conclude that just like the Lumia 920, the camera module (or the imaging algorithms) in the Lumia 520 have a warm bias. All the images we shot from the Lumia 520 came out just a hint warmer than we’d like, which should be okay if you’re shooting people or landscape. Where it does become problematic is when you would shoot under strong lights such as halogens or flood lamps (think weddings). Regardless, it’s not too much of a problem and if you know simple photo editing, you can take care of the warm tones. In fact, Nokia’s own image editing software for WP8 called Creative Studio will allow you to tweak the WB.

Performance
As we already discussed in the software section above, the phone offers very smooth and fluid user experience, almost identical to that of the Lumia 920. You can see that for yourself in the video at the end of this review, which we swipe across the screen and open and close apps rapidly on the Lumia 520 and 920 side-by-side. Games that are available for the lower-spec’d devices all run just fine, as does Office (in case you’re desperate to type out official documents on your cell phone, like we are at times).

We tested the call quality of the Lumia 520 in two conditions; silent indoors and noisy outdoors. Not everyone is lucky to have absolute peace and quiet when that all important phone call finally comes through, so we felt it was busy to stand at a busy intersection and make random phone calls. When using the phone indoors, both the internal microphone and the speakerphone offered a more than satisfactory auditory experience. We had to in fact lower the volume on the earpiece. Outdoors, however, was a different scenario. If you are driving around and want to use the speakerphone on the Lumia 520, you better practice your “WHAT?” skills. In traffic or loud situations, the phone’s speaker just isn’t loud enough to cut it. Get a Bluetooth headset if you’re on the road a lot. The earpiece was something we had to crank to a maximum to get comfortable audio levels while walking down a busy road.

Lastly, we’re going to discuss the battery life. In our WPBench test, the battery ran down in 2 hours and 34 minutes. In real world usage, we could listen to music for about 6 hours with a few phone calls (about an hour and a half worth) and indulge in a lengthy exchange of text messages and the battery still managed to pull through till the end of day.

Conclusion
The Lumia 520 is definitely a budget phone, as you can tell from the low-resolution 480x800 pixel display, or the lack of 1GB RAM or even an LED flash for that matter. However, the OS is so well optimized that the OS behaviour is quite nearly identical for all intents and purposes, across the range of WP8 devices, regardless of their price. However, the lower specs do mean that users will have to accept some modern graphics-intensive games (the few on Windows Phone) will probably be unplayable. The Lumia 520 also doesn’t have a front-facing camera, or a rear LED flash, but the camera is decent enough for most day-time shooting, with quick response and good images. The Lumia 520 has been positioned incredibly well by Nokia, making it an ideal phone for anyone on a tight budget looking for a superb smartphone experience.