Moto X Style Review: A Nexus without the name 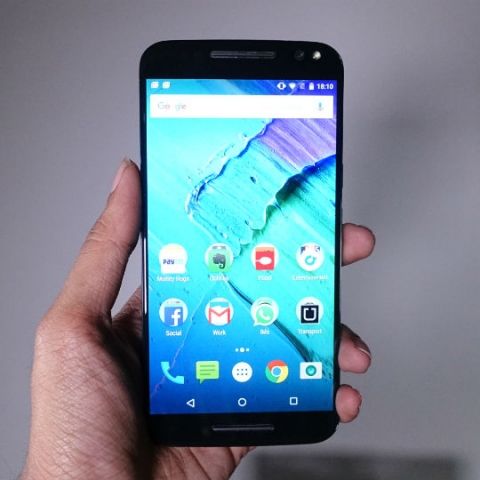 The Moto X Style can be considered as the big screen alternative to the Nexus 5X, given there similar pricing. That said, the phone provides lesser performance and battery life, which means that the Nexus is the better choice, unless you want a bigger display.

I’ve always admired Motorola for its ability to make phones that are compact, for the screen size they present. But there comes a point where that breaks, and 5.7 inches seems to be the threshold. The Moto X Style is amongst the biggest screens that Motorola has ever presented on a smartphone, only behind last year’s disastrous Nexus 6. And, as much as Motorola has tried, it’s not a compact phone. That said, the company still works its magic, somehow. A 5.7-inch display is too difficult to fit into a body that won’t feel unwieldy, but the curved back that has become a trademark of Motorola phones over time, really helps here. The Moto X Style can be used with just one hand more often than you would imagine. The curved back helps the phone fit your palm, and even though it still feels big, there’s no 5.7-inch phone that can provide similar ergonomics today. 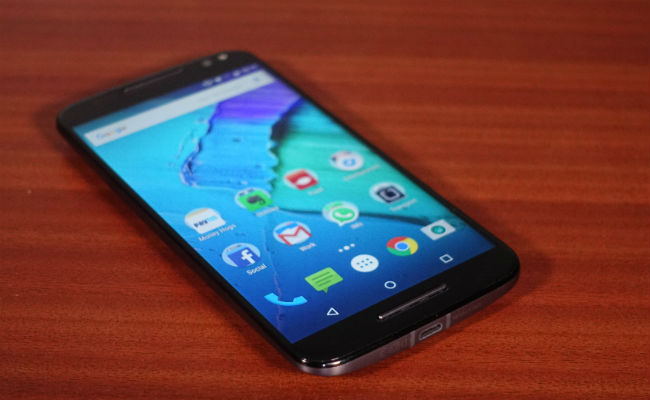 What you may not like, though, is the weight of the smartphone. The Samsung Galaxy Note 5 is about 8 grams lighter than the Moto X Style. At 179 grams, the Style is quite heavy, and it’s overall thick build makes it a pretty bulky device. 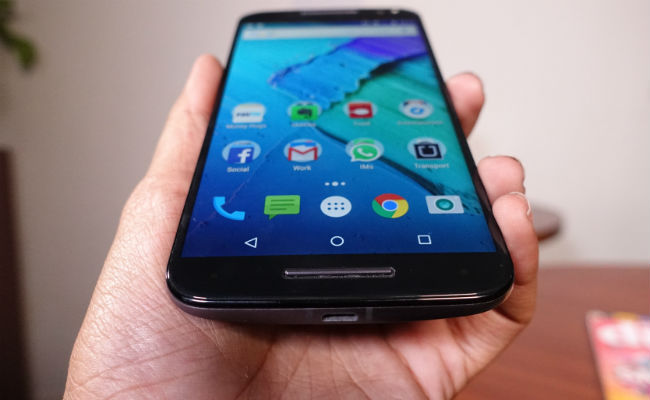 Overall, the Moto X Style is a solidly built smartphone that can take quite a bit of rough usage.

The problem with IPS displays is that you can’t light up individual pixels. This means that the Moto Display feature on the Moto X Style is somewhat less useful, since the entire screen turns to a shade of grey when showing you the Moto Display notifications. It doesn’t affect the battery all that much, and is not as efficient as the earlier Moto X (2nd Gen).

If you’ve seen or read about the Nexus 5X, then you already know the performance that the Moto X Style can provide. The Snapdragon 808 SoC inside the smartphone can churn out good performance for regular usage, but does show some lags and stutters. If you’re very particular about every minuscule detail, you won’t enjoy the performance. It’s a little difficult to explain what this feels like, so bear with me.

The Moto X Style, on the other hand, stutters sometimes when opening apps, swiping to Google Now, etc. While the stutter doesn’t exactly affect the regular user’s phone usage, the fluidity that we have seen in earlier generations of this smartphone, is missing. Yes, I’m of course nitpicking here. The graphics performance of the Moto X Style is also less than what I would expect from a Snapdragon 808-powered stock Android device in this price range.

For regular usage, games run just about fine, and Snapdragon 808 combined with 3GB of RAM, allows the phone to do well with multi-tasking as well.

My colleague Souvik recently reviewed the LG Nexus 5X, where he mentioned that the Nexus 5X’s camera is fast. Well, the Moto X Style is faster. That said, the Style is faster in terms of shutter response, while focusing is often slow for the Moto X Style. This becomes much better if you use the touch to focus option.

Continuing what it started with the Moto X Play, the 21MP rear camera on the Moto X Style can focus quite fast as long as the touch to focus option is on, and shutter response and image processing take almost no time. In fact, the speed has been somewhat of a trademark for Moto X devices from Motorola till now. The images, on the other hand, don't compare to flagship devices today. While the Nexus 5X and Moto X Style are quite close in terms of image quality, the Galaxy Notes and iPhones of the world are just way ahead. It is worth noting that the image quality of the Moto X Style isn't bad at all, the phone can take decent images, with good colour reproduction, but it just doesn't compare to other flagship devices in the market today.

A 5.7 inch QHD display is tough on the battery and for some reason, the Moto X Style has a smaller battery than the Play. The 3000mAh battery has a lot on its shoulders here, and as a result, the Moto X Style isn’t the most battery efficient smartphone out there.

That said, I was able to get the phone to last me for about 16 hours, with about 12 phone calls, lots of WhatsApp texts and 15 minutes of gaming. With tougher usage, including shooting a 30-second 4K video, taking images with the camera continuously for an hour, 23 phone calls and an hour of gaming, the battery life dropped drastically to much less than eight hours.

If you’re careful, the Moto X Style can get you through a regular day with maybe a short charge in between, which is where the fact that it supports Quick Charge comes in. The phone juices up quite a bit in about 15-20 minutes of charging. It doesn’t charge as fast as Samsung’s flagships, but it’s still quite fast.

If you're looking for a stock Android big screen alternative to the Nexus 5X, then the Moto X Style is the phone that you want. That said, the Style doesn't perform as well as the Nexus 5X and the battery is weaker, so for most users, the Nexus is still the better option.