If you're a power users, then you won't buy this device, simply because it's not as powerful as its competitors. On the other hand, for light users and those who edit a lot of documents or work on spreadsheets on their phones, the Microsoft Lumia 640XL is a very good choice.

With the launch of Windows 10 imminent, every phone that Microsoft launches right now is doubly important. Why? Because everything that the company has said about Windows 10 uptil now points towards a convergence between devices, or continuum, as Microsoft likes to call it. (Read More: Microsoft Lumia 640 and 640XL launched in India)

For the time being though, both these devices run Windows 8.1 and come with a number of freebies from Microsoft. While we finish working on the Lumia 640, here’s the Microsoft Lumia 640XL review. 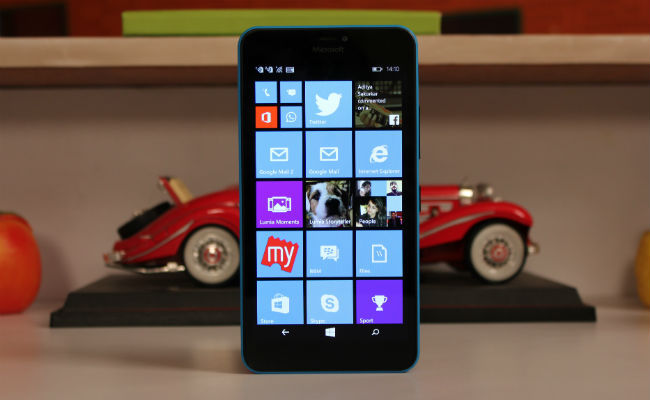 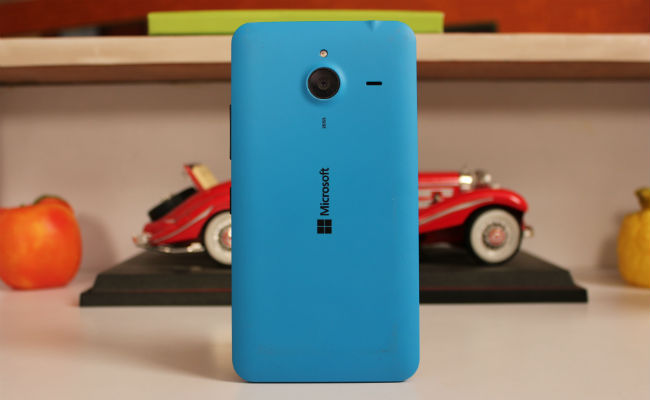 The overall design reeks of Lumia though, with the colourful polycarbonate back and plastic front. Of course, that doesn’t mean the Lumia 640XL looks bad, in fact, the phone looks quite good for a device that costs Rs. 15,799. 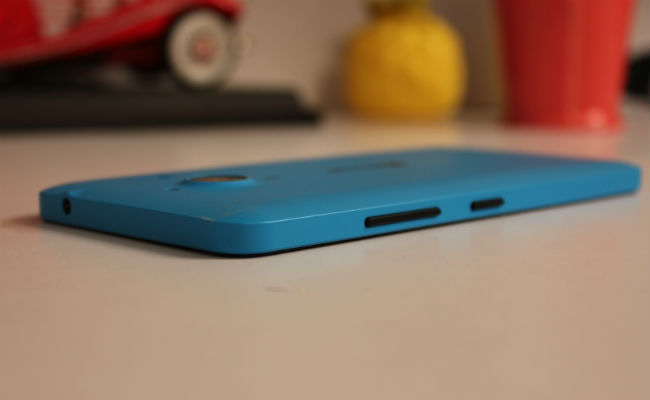 There’s nothing to complain about in the build department. The big camera module on the back looks nice and the phone fits its price tag. 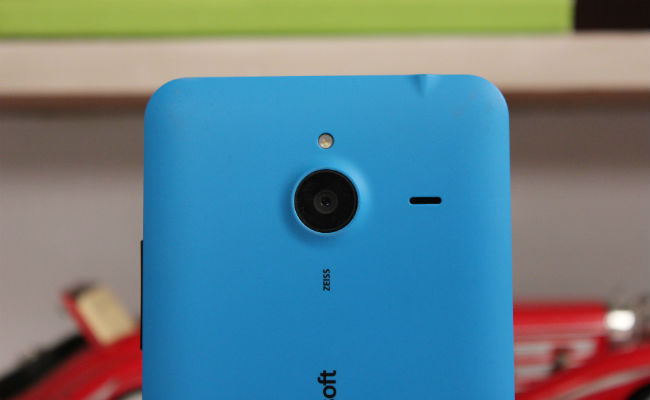 720p on a 5.7 inch display amounts to a mere 259 ppi, but Windows does the trick here. The colourful and vibrant UI of Windows 8.1 makes the display look nice, although you will feel the lack of sharpness when watching videos. In fact, unlike other Lumia smartphones, the 640XL is somewhat weak in its viewing angles as well.

With the likes of the Xiaomi Mi 4i (Read More: Xiaomi Mi 4i review) in the market, it’s really difficult to give this one big marks on the display, but it’s better than 720p phablets like the Xiaomi Redmi Note and Yu Yureka.

While Android manufacturers are piling on the number of cores on processors and bumping up the clock speeds, Microsoft chose a last gen Qualcomm Snapdragon 400 SoC for the Lumia 640XL.

As a result, while the UI is quite smooth, I did notice the phone took time loading apps. It’s something like this: in the Xiaomi Mi 4i, you would tap on an app icon and wait a few seconds before it opens. In the Lumia 640XL you’ll tap on the live tile and trigger the app launch animation, but the app will take a few seconds to open after you’re in it.

If you’re a gamer, well, you don’t have much to play on Windows right now, but a game like Asphalt 8 will run well enough. The gaming performance is quite similar to the Moto G smartphone and the Lumia 640 XL doesn’t heat up very easily either. Now this would be satisfactory, but it’s not quite up to the standards of some Android phones available in this price segment, particularly, the Asus Zenfone 2 (2GB RAM model).

As an all round camera, the Lumia 640XL does pretty well, as do most other Lumia smartphones. Compared to the company’s Pureview cameras though, the Lumia 640XL is nowhere close. In shots taken under yellow lights, the Lumia Camera 5 app, and the algorithm it brings, seems to remove the effects of the lights. It doesn’t produce an image that’s bad, but one that’s not quite true to source.

Overall though, the photos are more than respectable at this price point. An apt way to define the overall quality would be to say that the 640XL’s camera is better than the Asus Zenfone 2 (Read More: Asus Zenfone 2 review) and not as good as the Xiaomi Mi 4i (Read More: Xiaomi Mi 4i vs Samsung Galaxy S6 Edge: Camera comparison); it stands somewhere between the two. 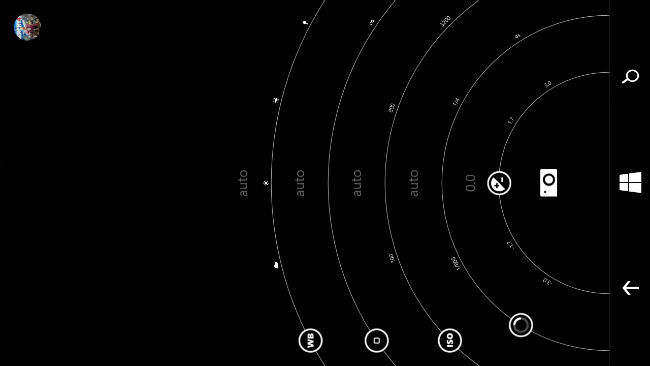 The thing that you wouldn’t like about the camera is how slow it is. We really appreciate the manual controls on the Lumia Camera app but Microsoft could you please lower the processing and shooting time already?

A point where Lumia smartphones have remained consistent is the battery. Most of the extra space on the Lumia 640XL is used up by the 3000 mAh battery and that's one decision Microsoft won't regret. On a regular day's usage, with very light gaming and lots of web surfing and social networking, the 640XL got through with a few hours battery to spare. On average, this phone will last you a full day at least, and can easily do more depending on your usage patterns.

If editing a bunch of documents is all you do on your smartphone, then the Lumia 640XL wouldn’t be a bad one to go for. The extra screen real estate helps in writing long documents, editing Excel sheets etc. In fact, that really is the point here. The Lumia 640XL seems to be a very good smartphone for a business user, someone who uses his or her phone mostly for Microsoft apps like Word and Excel. The year long Office 365 subscription that you get with this phone certainly helps a lot as well. Microsoft efforts to make Office a consumer product doesn't really inspire confidence in me. It's very difficult to change the perception for something that has since its inception been known for its enterprise usage. On top of that, the lack of apps on Windows leaves almost no alternatives to these.

The app situation has been prevalent in Windows for a while though. The real reason why a mobile gamer or heavy user won't buy this device is simply because the phone can't deliver performance as good as the Asus Zenfone 2 and even the Xiaomi Mi 4i, which we found to be somewhat disappointing in the performance department. If you're a Windows fan and want a phablet though, this is pretty much the only one you should be looking at right now.