The Microsoft Lumia 532 feels and works like a feature phone rather than the usual smartphone. It lacks performance, a good camera, a good screen and better options can be found powered by Android. The Lumia 532 is not a good buy and you will be better off with something from the Android stable at an equivalent price point.

Microsoft is doing the exact same thing Nokia use to do in its golden days, i.e to offer phones with small spec bumps as you go up the price tree. Basically, the Microsoft Lumia 532 is a specced up version of the Lumia 530. The phone sits right in between the Lumia 530 and the Lumia 535.

On paper, the specs of the Lumia 532 don’t look that promising but how does the phone perform in real life? 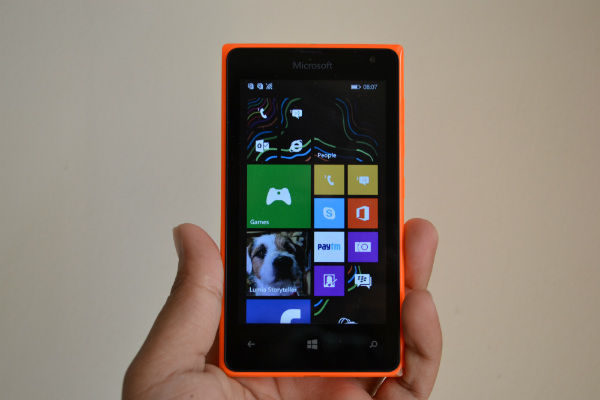 Like every other (Nokia) Lumia phone, the Lumia 532 carries the best build quality you will see in the budget smartphone segment. The use of better materials is quite evident and the phone feels well built. However, the thicker build may or may not go down well with some. It features the same phone-in-a-shell design which we saw in earlier Nokia phones like the Lumia 630 or the Asha 501. 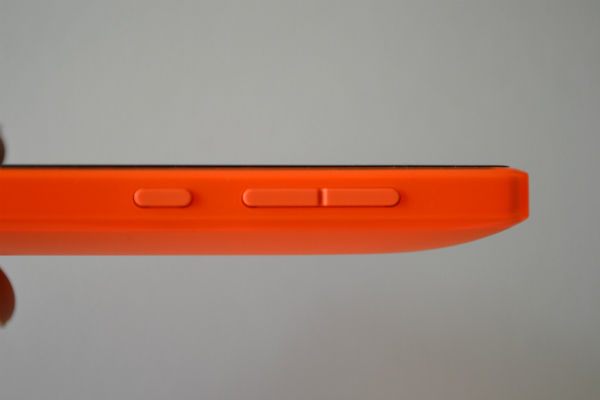 While this shell design gives the phone a different look, the fairly pointed corners do dig into your palms when you hold the device. Secondly removing the shell to install a SIM card or microSD card is a nail-breaking task. Overall, I was satisfied with the build quality as it is one of the most sturdy and well put together phone in a budget. 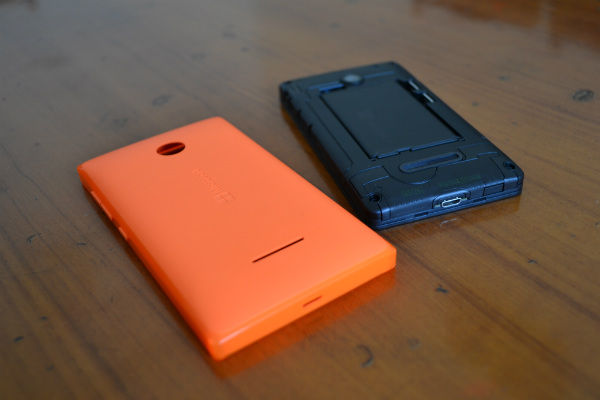 The Microsoft Lumia 532 comes with a 4-inch display with a resolution of 800 x 480p. With 233 ppi and and subpar screen quality, the display on the Lumia 532 is average at best. The screen has very limited viewing angles and one can see a visible color shift. On the plus side, the touch response is okay and makes typing on the smaller screen much more accurate. 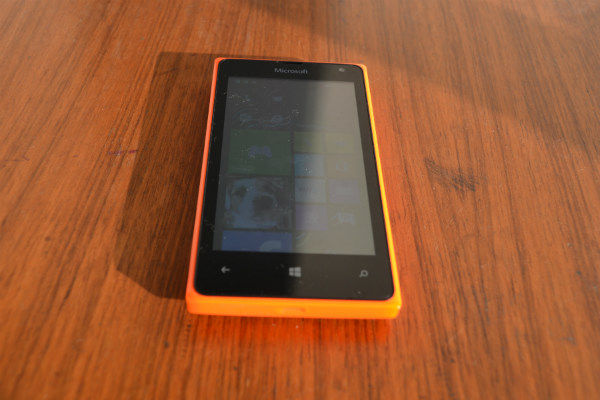 As for the UI, the Lumia 532 runs on Windows 8.1 out of the box. Windows 8.1 hasn’t changed much in the past year or so. The ability to customise the start screen with images as well as the ability to add or remove tiles remains the same. The phone does include the virtual assistant Cortana but unfortunately the feature is not yet available in India. 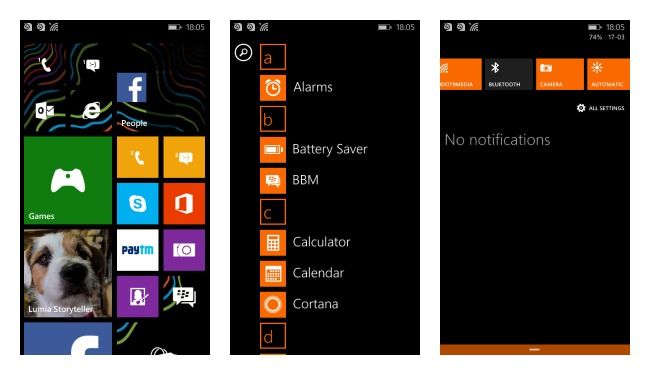 The Lumia 532 is meant for light usage only. The Windows 8.1 is snappy as ever in day to day use. If you are a light user and don’t use too many apps besides the pre-installed ones, the Lumia 532 will act as a good companion. As for heavy users or Windows lovers you may want to skip this phone since it won’t be able to keep up with you. We ran the Antutu benchmark and the phone was able to score a mere 11854 points whereas the Lenovo A6000 scores almost 20036 points in the same benchmark. 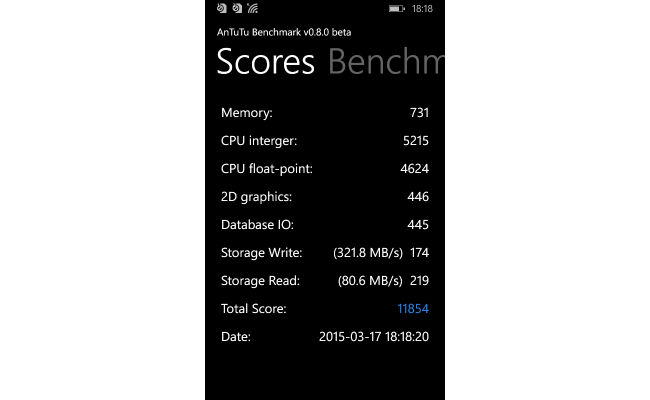 I played a few games like Asphalt 8 on the phone, and even though the games were playable most of the times, graphics details were very low. In my video test the phone was unable to run any 1080p video and videos only upto 720p videos were playable. However, music lovers will love this phone since the audio quality is superb and output is thoroughly loud. 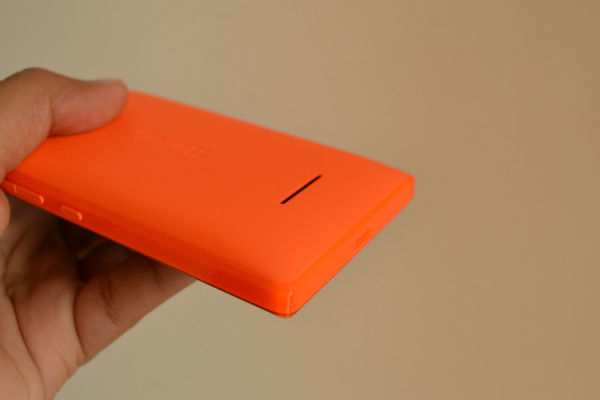 All this testing had an adverse effect on the battery. Playing games at a stretch makes the phone very hot to the point where it is uncomfortable to hold. In my tests I was able to exhaust the 1560mAh battery in just two hours with constant gaming and video streaming. But if you are not into games or use your smartphone like a feature phone, the Lumia 532 will be able to last a bit more. However, in any scenario the battery won’t be able to last a day.

The 5MP camera on the Lumia 532  does come with the nifty Lumia camera app and even takes decent pictures. But every good remark about the camera goes for a toss as it lacks autofocus which in this day and age is an essential requirement. In hindsight images taken by the Lumia 532 in suitable lighting conditions are okay at best with visible noise in some. Color saturation is quite accurate in suitable conditions but low light images are much more grainy and the lack of rear flash doesn't help either. 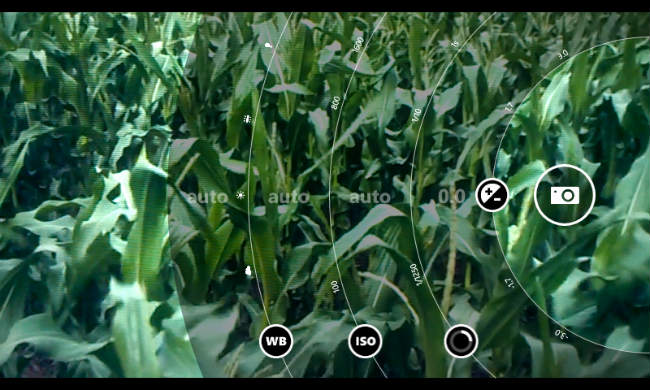 The Lumia 532 from Microsoft is a below average phone at a budget price. You can get much better hardware at this price on the Android side. With its subpar screen, not so promising performance and okay camera, the Lumia 532 is not a good buy. The Lenovo A6000, Asus Zenfone 4 or the Redmi 2 which will be available from 24th March is a far better option. And if you love the Windows Phone experience then you should not buy anything below the Lumia 730.