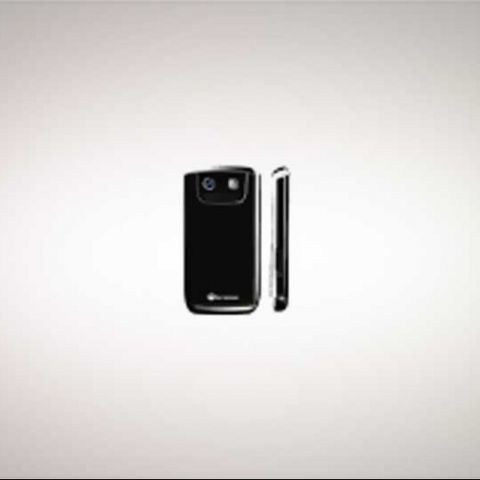 At Rs. 6,499 the Q5C is affordable, but it is a quirky device. A poor keypad and mediocre performance, are deterrents enough for us not to recommend it.

Micromax is another brand that is on the release warpath - phone after phone, in reasonably quick succession. This strategy seems to work well with the lower price-rungs of the market. The Q5C represents their latest offering, featuring a full QWERTY keypad that has become something of a buzzword for today’s generation. Obviously, the people most likely to be making better use of a QWERTY keypad are corporate users and executives who do a lot of emailing. Home users who do a lot of SMSing will also benefit from having a full keypad. We’ve already established the comfort and ergonomics of having a full keypad rather than a number keypad where multiple presses or judicious use of T9 is required to type out messages. However, no two QWERTY keypads are created equal, so a full keypad doesn’t necessitate usability or ergonomics. If you get our drift here, consider it as a spoiler for what is to come.

One look at the chrome bezel running around the facia and it’s evident that the Q5C steals its attire from the Blackberry 8900 Curve. Given the wide bezel, the display could have been made marginally bigger. The phone uses glossy black plastic for the body and this along with the chrome gives a slightly garish appearance. If this could be forgiven, the rather large button amid the four-way joypad is also chromed, and voila – overdone.

The quality of plastic used is pretty mediocre. The 3.5mm headphone jack is located atop the device, while volume rocker (that works flawlessly) is on the left side. Below this is a button dedicated to the music player. A micro USB port with protective flap is also on the left side. The right side is relatively bare with a microSD slot. The cover this slot is very hard to remove, and even with grown fingernails we had to wrestle with it. Overall build quality is mediocre, but really, this is something that one should expect from a phone in this price range.

The call buttons are pretty well laid out, and the joypad has a very intuitive feel. It exudes wonderful feedback that some 3x costlier handsets would be envious of. The left and right menu buttons also have wonderful feedback but they’re stuck to the joypad, spacing them out would have lent to their intuitiveness.

Being a QWERTY, we spent a significant amount of time on the keypad and to be frank, the experience was underwhelming, disappointing amid other similar adjectives. For one key pressing isn’t intuitive – the keys have insufficient feedback and there’s no positive feeling like you have pressed a key. The layout of the keys is wrong – they’re small, closely placed and lack proper bevelling – a total goof up in terms of design. This makes typing a hit and miss affair and one never feels comfortable enough to type even a shorter SMS without constantly keeping tabs on your fingers – (very close tabs), else you’ll end up with typos.

The menu icons could have been a little more indicative of the content they contain, or a little more colourful and lively, even Nokia’s archaic Symbian interface does a better job. There is a single row of shortcuts on the home screen for commonly used functions. A Facebook client is also present, as is Nimbuzz – a pretty useful application that allows calling, chatting and messaging with contacts from multiple sources like your phonebook, Yahoo Messenger, Skype, Google Talk and Facebook among others. Facebook seems especially important for the Q5C as there’s a dedicated hard key for it just below the left menu button. On the whole the menu system is pretty simple, although the menu icons can get confusing, meaning first time users will need to play around and get used to the location of things.

To start of the list of mediocrity that is to follow, the Q5C has a very basic camera. Two megapixels isn’t much to boast about, and the flash unit is pretty useless as well, unless the subject is a few inches away. The headset doesn’t offer very good quality, but it’s reasonably loud. The loudspeaker is relatively tinny. The earpiece has acceptable volume level on a call, the, although the Lemon Trio 320 trumps the Q5C here. In-call clarity is not good – in zone three we had disconnected calls along with some serious distortion. In zone two there was noticeable distortion to the voice, and the vocals sound a little tinny – there is also some infrequent buzzing on the line. In zone one we had no serious problems, except that voices still sound a little too mechanical/metallic and not natural. On a slightly positive note, the phone interface is quite responsive. Nor did we expect it to be otherwise, given the rather simplistic, non-taxing menu system and the feature set.

The make or break for an entry-level cellphone is typically its pricing. Unfortunately, for the Q5C it is priced at Rs. 6,499 – not exactly an entry-level price point. Looking at the feature set, and the performance garnered from it, it’s apparent that the Q5C isn’t good value for money. At 4,500 bucks, we’d give it a nod. But the interface for such a device has to be spotless, and the QWERTY keypad on the phone is anything but usable. What’s the use if the selling point of a device is also its weak spot? Give it a wide berth.