A good option for selfie enthusiasts wanting a phone with high quality front camera along with a lot of tricks that make your selfies even better. For the rest, if selfie is not your ONLY requirement, there are better overall smartphones in the same price like the Samsung Grand Max or the Lumia 730

The term Selfie can be defined as a self-photograph taken by a camera phone or any handheld camera. Today, ‘selfie’ has almost become a household term, with everyone posting selfies of almost every place they’ve been, the self obsession is very obviously an opportunity that smartphone makers are pouncing on.

Micromax’s build quality has hugely improved over the years and the Canvas Selfie is a pretty good example of that. The presence of a Gorilla Glass 3, a non removable back adds up to the phone’s sturdy build. All three physical buttons, power, volume rocker and the camera button feel and look well machined and have a nice click to them. 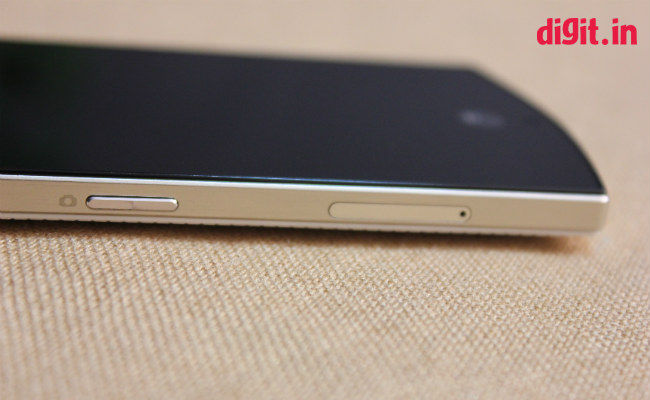 Moving on to the design, the phone is definitely a looker. Unlike being a regular rectangular slab, the Canvas Selfie features a curved top and bottom. This gives a nice design touch, reminds me of an old Motorola phone, the ROKR E8. Saying that, the enormous bezels at the top and bottom of the phone could have been minimized. 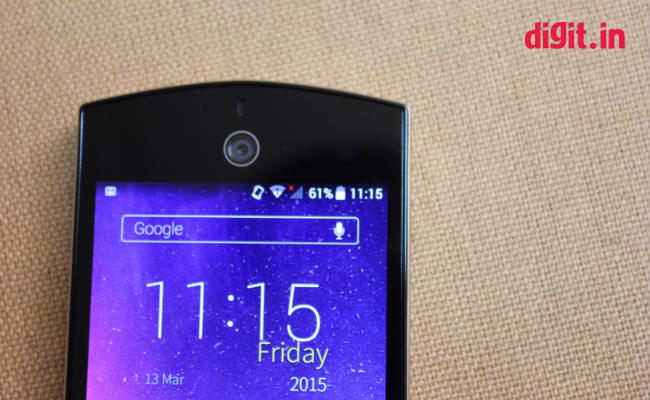 The front the display is well hidden when unlit giving the Canvas Selfie a nice mirror like sheen. The large camera at the back along with the dual flash may not go down well with some people, but it does make the phone look different. Overall, the Micromax Canvas Selfie is a sturdily built phone with some interesting design choices that make the phone stand-out from the regular pack of mid-range smartphones. 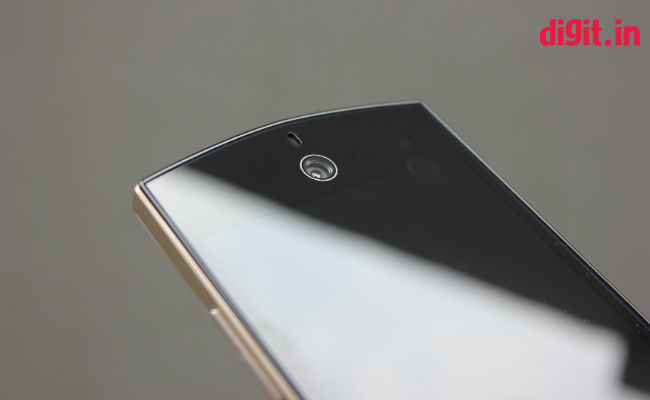 The 720p, 4.7-inch display on the Micromax Canvas Selfie looks good on paper but I found the display to be dim. Even on full brightness the screen failed to pop in terms of color and vibrance. Viewing angles and outside legibility are okay and the display is more at par with phones that are a segment below. 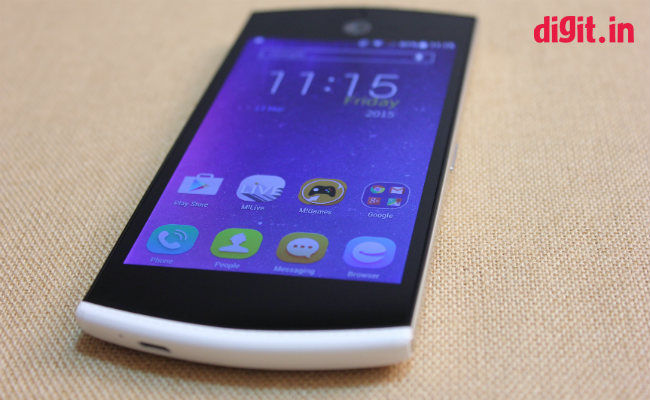 UI is another area where the phone disappoints. The custom UI is a step back from the spartan stock Android Micromax was offering on its previous phones. The UI feels cluttered and could be disorienting for existing Micromax users.

The Micromax canvas Selfie has the same MediaTek 6592 SoC as the one we saw on the Micromax Canvas Nitro. They even perform almost at par, hence the performance is satisfactory for its price segment, though not class leading by any stretch of imagination. And with 2GB of RAM on board, the phone does not feel bogged down on heavy usage or multitasking, there is enough room in terms of a smooth user experience even after you fill it up with dozens of apps. 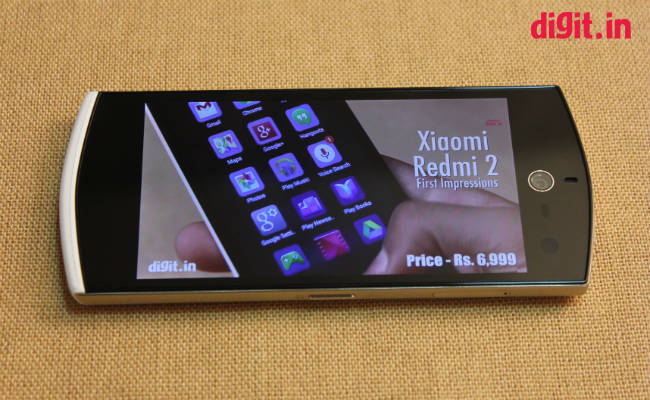 Call quality is good and the sound quality via the built-in speakers is fairly loud. During my review period, the Micromax Canvas Selfie largely stayed manageable in terms of device temperature. Though prolonged gaming and camera usage can cause the device to quickly heat-up. An issue I also observed with the Micromax Canvas Nitro.

The smartphone boasts a 13MP camera at the rear and a 13 MP camera at the front and both camera sensors are made by Sony. Bringing the focus back on the star of the show (for Micromax), the 13MP front facing shooter for capturing selfies. I found pictures taken by the camera in suitable lighting to be good. While details and sharpness levels were good and noise levels were kept in control on most occasions, the colours felt a bit oversaturated. Images taken in low-light came out well in terms of overall quality, though the noise level was on the higher side, a typical case of low-light pics from small sensors that invariably results in ISO levels being pushed to the max to maintain fast shutter response.. 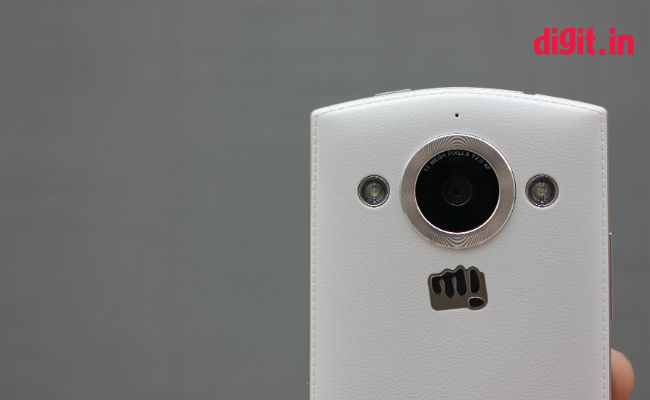 The Canvas Selfie features software tricks to ‘beautify’ faces. The software makes your eyes larger, whitens the skin, slims down the face, removes oiliness and more. There is a entire range of make-up (editing) options as well. All of these features are available on both cameras which can used or applied and they work to an extent only. So, Whether you see it as an advantage or stuff that you’d rather live without is an individual choice. Overall, inspite of having its fair share of negatives, given its price-point, the Micromax Canvas Selfie is a good phone for SELFIE ENTHUSIASTS. The Micromax phone is priced a lot lower than HTC Desire Eye, the current champion of ‘selfie phones’. At 1/3rd the price, the Canvas Selfie offers a lot of value for selfie lovers. Though, you also need to consider the fact that the other aspects of the device aren’t class leading for its category and keeping the selfie aspect aside, you will find better phones in this price range. 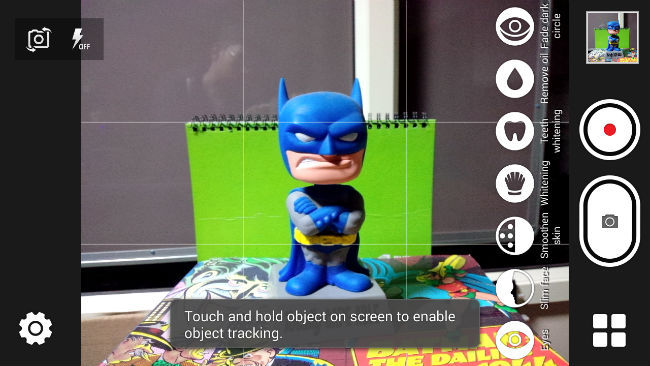 Images taken by the rear 13MP camera delivered a similar result to the front-facing camera but with slightly better images at times. Pictures looked warmer with slight oversaturation and the only down side to the camera is the low-light performance. The dual-LED flash does help in low light but use of flash is recommended for situations when the subject is at a reasonable distance from the lens, ensuring images don’t end-up being over-blown due to the excessive light

One thing to add is that the phone heats up like a pan while using the camera. This was odd since it didn’t heat up as much when I played games on it.

The battery is another low point of the phone. In my battery test the smartphone was able to last just over five hours. When I used the phone as a daily driver with normal usage, the battery was out of juice by evening, which is not good enough by any standards.

The Micromax Canvas Selfie skimps on every other feature except the front-facing camera. So, if you want a “selfie” phone in a budget, this is your best choice but if you want more than that you should look elsewhere.