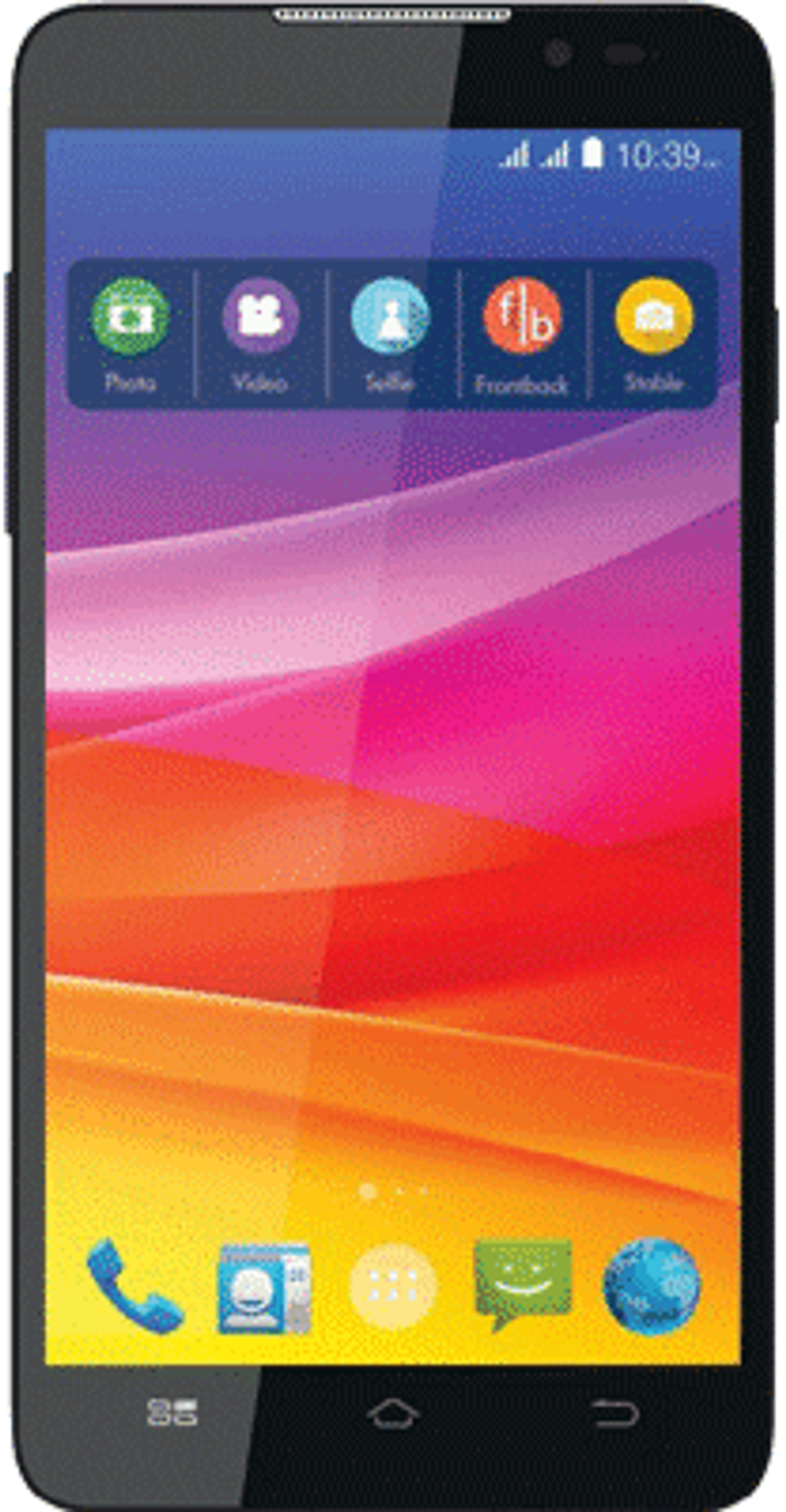 The Micromax Canvas Nitro is the best smartphone in the 15K segment after the Xiaomi Mi3. Micromax has gone all out and put together an octa core phone for the price of a quad-core one. The phone manages to create a lot of friction against the much loved Motorola Moto G and with the Asus Zenfone 5 and ZTE V5 running a step behind in terms of performance

The phone brings a clean understated design back to the market, and only comes in white and Blue backs with faux leather at the back. We had our doubts about the performance and the battery which were cleared when we tested the device.

If you've ever felt that the majority of phones are just variations of each other, the Micromax Canvas Nitro won't really change that impression. At first glance the Nitro looks like just another Micromax device with an undistinctive glass front with three capacitive buttons at the bottom of the screen. The story changes when you come to the back of the device as Micromax has used a faux leather back with fake stitchings instead of the matte or smooth plastic back it generally uses on its phones.

As ususal, the earpiece is placed on the top of the display and is flanked by the front facing camera on its right. The power and volume rocker are situated at the right and left of the device respectively. As for the speaker, it is at the back gets muffled when you place the phone on its back.

The Micromax Canvas Nitro comes with a 5 inch screen with 720p HD resolution. Micromax boasts that the the screen is oleophobic and anti-finger print but in my tests I found these claims to be false. The screen looks beautiful indoors but dull when you see it outside in direct sunlight even though it's not totally illegible. The screen looks bright and crisp while playing games or handling day to day to work.

Micromax has skipped the quad-core and the hexa-core which is an understood norm in this price category and gone straight for the 1.66GHz octa-core processor from MediaTek. With 2 gigs of RAM onboard, everything seems to fly by until you play graphics intensive games or try to play a 1080p movie which will certainly heat up your device. The heating issue still persists in MediaTek powered SoCs and in turn will affect the performance of the device.

I tried games like Dead Trigger 2 and Asphalt 8: Airborne which ran smoothly with a slight frame drop issues. Compared to this, the quad-core powered Motorola Moto G (2nd Gen) performed a bit better in the gaming department. If you are like me and have your media on your phone rather than the cloud, the 8GB internal space in the Micromax canvas Nitro is upgradable via a microSD card.

The day to day performance on the Nitro is without any major hiccups and I couldn't find any faults beside the occasional frame drop while playing a high res 1080p video.

Micromax has kept the software very basic in terms of the Android operating system. The Nitro is running an almost stock version of Android Kitkat 4.4.2 and I don’t have any complaints with the UI. Micromax has made its UI a bit more minimalist and that has added to the good experience. The interface looks snappy while opening apps or multitasking and left a very satisfactory impression on me.

The only issue which I have with the Micromax Canvas Nitro is the included bloatware which is quite annoying. Most of the added bloatware are just web links to websites and don’t serve any purpose. On the home screen if you swipe left you will see Micromax has tried to copy HTC blink feed but I think this is an unnecessary addition to the UI. The silver lining in this is that Micromax has been generous enough to add Swiftkey keyboard as standard.

The Micromax Canvas Nitro offers a 13MP primary camera which is marginally better than the ZTE V5 my colleague Prasid tested a few days earlier. Micromax has used a Sony CMOS sensor with an f/2.2 aperture and added a blue glass filter over it by Schott, that's supposed to make it more sensitive to colour. However, we found that this makes the pictures shot by the smartphone take a cool bluish tint.

The front camera is a 5MP BSI fixed focus camera with a wide angle lens and quite acceptable for taking selfies and video calls. As for the video quality I was not convinced as the video captured came shaky and a bit low on sound.

Battery is the playing field which Micromax Canvas Nitro has mastered. In our battery test when we played a 1080p video on a loop for an hour, we recorded a battery drop of just five percent. Even when I played Asphalt 8 Airborne for more than two hours I recorded a mild drop in battery. It took me almost 14 hours to drain its battery under heavy usage. I may add the battery life of the Canvas Nitro is comparable to the Samsung Galaxy Tab S.

The latest offering from Micromax gives you power packed performance with its octa core CPU and 2GB of RAM and that on a budget. The closest competition in the price range is the new Motorola Moto G but the Canvas Nitro offers just a bit extra.

The best in class is still the Xiaomi Mi3 but that phone is hard to get, the Moto G is also a commendable option in the price range and the only one which gives the Canvas Nitro some competition. So, If you want to buy a mid range phone with outstanding specs, understated design and value for money that isn't the Motorola Moto G, buy the Micromax Canvas Nitro.