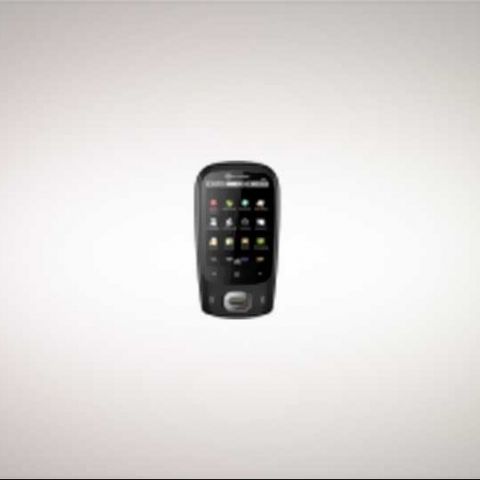 The Micromax Andro A60 is a cheap yet worthy smartphone, considering its rich feature set including 3G, Wi-Fi, touchscreen and Android with GPS enabled applications pre-installed. The icing on the cake - is its decent all-round performance across the tests. At the price of Rs. 6,999, it is seriously recommended for all those who want a taste of everything at a cheap price.

Micromax is capitalizing on some of the hottest trends in the Indian mobile market today, taking the Android operating system, a touchscreen, as well as 3G connectivity, and then offering it to the masses in an attractive low-cost package - the Andro A60. Certainly occupying a unique place in the market, the Andro A60 holds the distinction of being India's cheapest 3G, touchscreen Android phone till date (and for now).

The Micromax Andro A60 is well built and comes with a matte black finish on the front & back panels, which is resistant to smudges. However, the LCD screen is too vulnerable to smudges sans the scratch-proof sticker. The standard Android buttons, home, menu and back, are touch-buttons at the bottom of the 2.8-inch touchscreen - no search button. There are four hardware buttons including call answer, call disconnect, navigation control pad below the touchscreen and the volume control button on the left side panel. The battery cover is made of cheap build quality that gives us the feeling it might just break when opening it - snapping off rather abruptly due to the lack of a proper latch mechanism for smooth operation. Removing the battery cover and the battery reveals one GSM SIM slot along with a tiny motherboard battery at the bottom. This signifies that the user has the convenience of replacing the motherboard battery by himself when the battery dies out or becomes weak over a period of time.

[RELATED_ARTICLE]Sporting a near-vanilla Android 2.1, the menu and touchscreen UI are their usual neat and well-organized selves. The phone also includes a security lock feature, which requires dual-hand operation to unlock. The menu screen incorporates Micromax's 3D cube interface, where the menu icons are arranged sequentially into three pages that represent the three faces of a cube. This popular interface design seems to be inherited from the Micromax X550 QUBE, which we have reviewed earlier.

In terms of the phone's performance and responsiveness, the slow processor and an equally sluggish resistive touchscreen definitely hamper the potential of Android. The lack of touch responsiveness is especially apparent when trying to type on the onscreen keyboard, and perhaps Micromax should have considered squeezing in a hardware keypad - like the Motorola Charm - to compensate. In terms of software however, the phone's and Android's rich feature set, including Google maps, Gmail, GPS navigation and RSS reader, go a long way in enabling some decent productivity, networking and entertainment on the go.

Read on to know about the performance, our take, specifications, ratings and performance test results on the next page...

[RELATED_ARTICLE]The Micromax Andro A60 delivered consistent signal reception and voice clarity in areas with good signal strength. However, the voice clarity dropped slightly in areas with weaker signals. The loudspeaker produced distorted sounds at volume levels higher than 60%, while the handsfree voice clarity was good up to 80% volume levels. The camera test yielded mediocre results, and drawbacks were the lack of colour accuracy (dull, washed out colours), as well as sub-par image sharpness for distant objects.

The music test yielded a mixed bag of results - the loudspeaker audio distorted even at 50% volume levels, while the bundled earphones delivered excellent sound reproduction sans distortion even at volume levels up to 90%. The bass boost and noise cancellation features built into the earphones enhanced the overall quality of sound during music playback. The video playback is remarkably good, with no stuttering and barely any colour banding (surprising on a 65K colour screen). The quality of display is quite good in terms of viewing angles, however, it offers poor legibility under bright sunshine. Overall, the Andro A60 is a good performer in its price category.

The Micromax Andro A60 is a cheap yet worthy smartphone, considering its rich feature set including 3G, Wi-Fi, touchscreen and Android with GPS enabled applications pre-installed. The icing on the cake - is its decent all-round performance across the tests. At the price of Rs. 6,999, we have very little to bargain for, except the lack of a hardware keypad and a fast processor. So far, there is no real competitor for the Andro A60 in this price bracket. But, we cannot ignore the future threat of Intex's proposed launch of its super-cheap Android counterpart. Overall, the positives far outweigh the negatives and hence we seriously recommend the Andro A60 for those who want a taste of everything at a cheap price!