If you're looking for a well balanced smartphone under the sub-10k price point, then this is the phone to go for. The Meizu M2 Note lives up to its spec-sheet and delivers in every way possible. Yes, it isn't the benchmark breaking performer that many offer, but it does the job admirably at this price point. Add to that, the fact that you don't have to tolerate a flash sale, and you have the best smartphone in the sub-10K price point. Period.

The sub-10K smartphone segment in India is huge. You can buy phones in all sizes and with different features. While most of these phones offer an identical spec-sheet, there are few phones which rise above the competition. The YU Yureka Plus and the Lenovo K3 Note are fine examples of such phones. However, their flash sale models aren't the easiest to get through. This makes buying these phone a big frustrating problem for people who aren't very patient. Enter the Meizu M2 Note.

The phone comes with quite a resume at a sub-10K price. An MediaTek MT6753 octa-core processor clocked at 1.3GHz, a 1080p LCD display, 13MP camera, the whole charade. Although the specs don't make this phone any different from the Lenovo K3 Note on paper, the fact that it's available without flash sales does. The question though is has Meizu done enough to actually be the best performer in the budget segment? Let's face it, the brand is still new to many Indian consumers, and considering the higher spec'd M1 Note sold for only a little while, this is basically a whole new phone for Indians. Just like many phones launched recently though, the Indian market is fast moving towards performance over specs, which means Meizu only needs to crack that aspect. Did it? Let's find out. 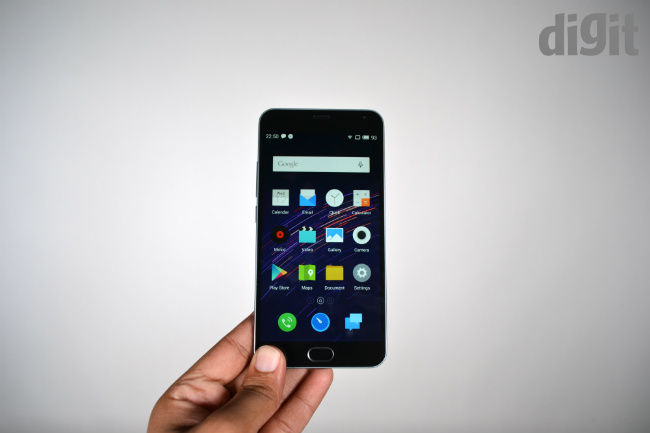 Build and design
Like every phone in the sub-10K category (barring only the Yu Yuphoria), the Meizu M2 Note features an all plastic build. The phone feels quite sturdy in the hand and while the build quality is not exceptionally good but it's better than many of its contenders, like Yu Yureka Plus and Lenovo K3 Note. Also, the Dragontrail screen protection from Asahi is dependable, as the phone was comfortable to be in the same pocket as my keys and coins. Fit and finish of buttons and seamless design along the edges give the phone a somewhat premium feel. 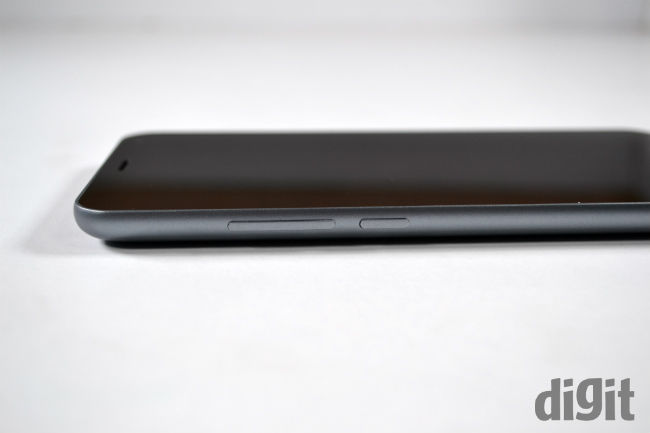 The design of the Meizu M2 Note looks quite familiar as some design cues have been taken from the erstwhile iPhone 3GS. It's not the most original design, but it's different, especially in this price point. Long story short the phone looks good and well designed. Meizu has also taken a leaf out of Samsung’s design book and given the phone a physical home button, which works as a back button as well. Long press this button and it will lock the screen, double tap it to go back one screen. So, the phone has just one button doing the job of two navigational buttons. Multitasking is done via software and I will talk more about it later. 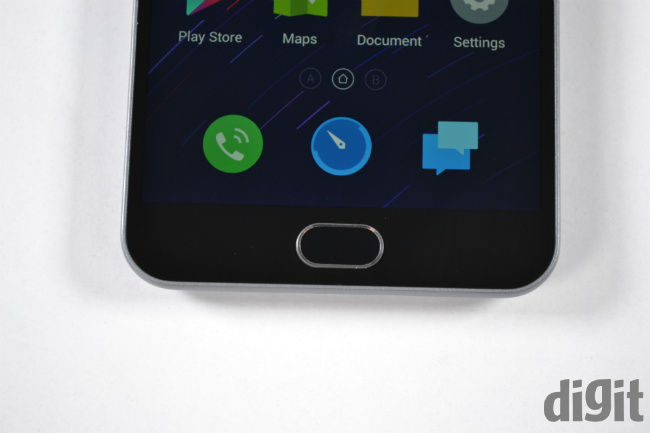 Display and UI
The Meizu M2 Note offers a brilliant display. The 5.5-inch 1080p display is probably the best in the sub-10K price point right now. It offers the best viewing angles we have seen till now on a mobile display in this price range. Colours are almost accurate and the display is easily viewable in all lighting conditions. I just have one complaint about the display and that is, since it does not offer Gorilla Glass, the touch feel is not that slick. 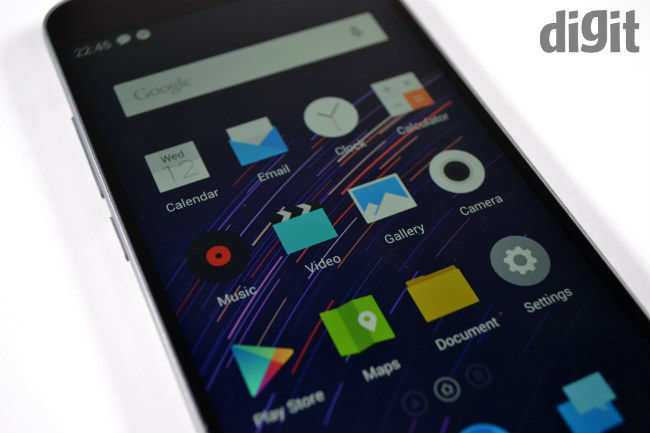 Meizu’s Flyme OS is interesting. This is my first encounter with the UI and I found that it offers a nice balance between good looks and simplicity. The UI is very straightforward and works without an app drawer. Old Android users may not like the fact that every app is put on the home screen, much like the iPhone. Still, at least for first time users, it is a much simpler way to interact with the phone. The beautiful display makes the experience even better. There are some nice tweaks as well, like the quick toggle menu, which features pop-up menus. These pop-up menus are quite handy as you don’t have to go all the way into Settings to change or tweak something. And the Multitasking bar, which I mentioned earlier, lies silently under the bottom edge of the display that only comes out when required and reminds me of Windows’ auto-hide the start menu feature. 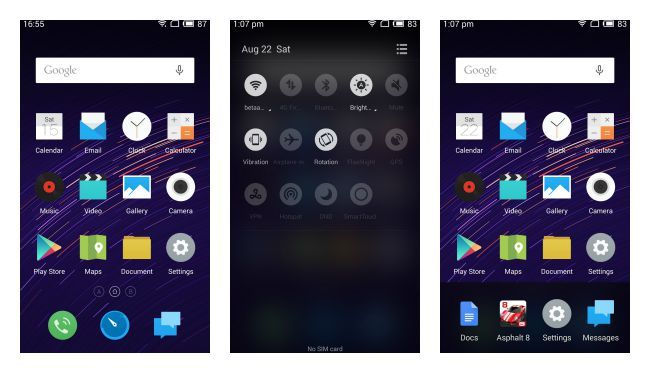 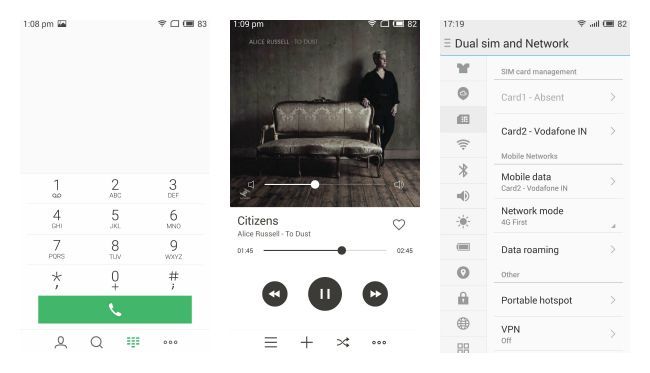 I should also mention that the phone comes with just two pre-installed Google apps — Maps and Play Store. Basically, in true Chinese fashion, instead of forcing the user to use a bunch of Google apps, Meizu has made it a choice. Good job Meizu.

Performance
Let me be very clear, the octa-core Mediatek processor in the the Meizu M2 Note is capable, but it still falls considerably short when compared to the Qualcomm Snapdragon 615 powering the Yu Yureka Plus. That said, the phone can handle day to day tasks with ease and multitasking on the phone, with 2GB of RAM onboard, is also good. The graphical performance is visibly lower than the YU Yureka Plus but it is still respectable. In a week of testing, under heavy usage, the phone was able to keep up. Writing articles using Google Docs, playing Asphalt 8, answering long calls or editing pictures, I was never given a reason to complain.

Audio output is good in general. Sound quality via headphones is respectable, but there's a slight crackle at the top end, which might not affect majority of phone buyers. Calling capabilities are also good but the sound via the earpiece could have been louder. 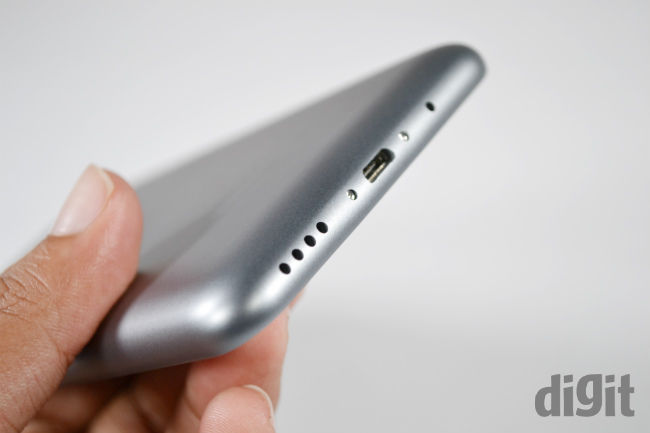 Battery
I haven’t seen any phone in the sub-10K category, which preserves battery like the Meizu M2 Note. In our standard battery test where we play a 1080p video on a loop, I got around 8 hours from the battery. And, using the phone on a day to day basis with all kinds of tasks, from writing this review to playing graphic intensive games, the phone never ran out of juice. I was easily able to use the phone for long before it required a charge. That's impressive. 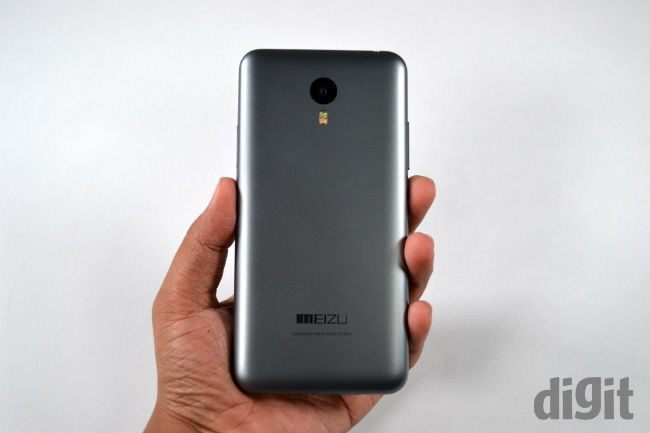 Camera
The 13MP rear camera is quite good as well. It might not offer the best camera in the sub-10K category, but it is better than the YU Yureka Plus. Images show accurate details, and true to life colors. Low light image quality is equally good. The camera software offers features like slow motion video capture and manual modes, which adds to the pros of the camera. The front facing selfie cam completes the story, being one of the best selfie cameras in the segment.

Bottomline
A smartphone should be a complete package, it should be able to perform all tasks with similar ease and the Meziu M2 Note does exactly that. It might not be the best performing or might not have the best camera, but if you take a step back and look at the bigger picture, it is the better phone. Basically, if you're looking for the right balance, then this is the phone to go for. It's good performance at a good price, which is what the consumer would want. Hence, the bottomline is simple, if you have a budget of Rs. 10,000 and want a well rounded phone without waiting for a flash sale, the Meizu M2 Note is your best choice.