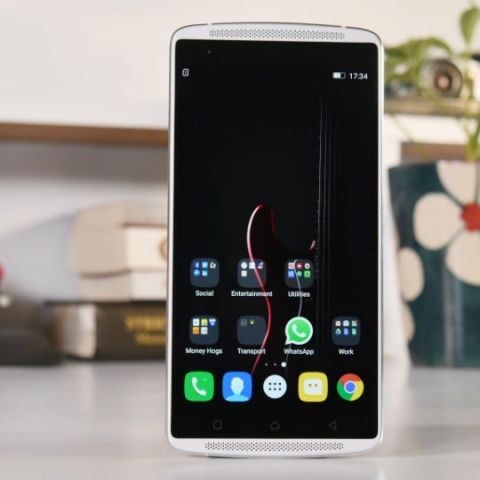 Lenovo has been making small changes to its devices ever since the K3 Note, and it has all led up to this flagship device. The Lenovo Vibe X3 is arguably the best phone Lenovo has ever made and should definitely be considered.

Around August last year, Chinese smartphone maker, Lenovo, fresh off strong sales of its Lenovo K3 Note smartphone, claimed that it owned 30 percent of the LTE market share in India. While Lenovo also attributed the A6000 and A6000 Plus for their contribution to these numbers, the company has never denied that the K3 Note was its most successful device in India so far. While that may be so, the Lenovo K3 Note was also the end of Lenovo as a beginner smartphone maker.

It’s been a while since it acquired Motorola and phones like the Vibe S1 and Vibe K4 Note, launched after the K3 Note, finally point towards a change in Lenovo’s methodology. Even the Vibe Shot has elements that have been missing from Lenovo phones before. Where’s the flagship though? Enter, the Lenovo Vibe X3. Launched in India today, the phone looks and feels like Lenovo’s take on the Moto X Style. And that’s saying something, since the Moto X Style goes toe to toe with the new Nexus devices. Enough chatter though, here’s the review.

As I mentioned above, the Vibe X3 looks like Lenovo’s take on the Moto X Style. The phone is almost as wide and big as the Style, while having more or less the same thickness. It’s slightly curved on the back, to make for better ergonomics, while there’s a metal frame with chamfered edges on the sides.

Unlike the Moto X Style though, the Vibe X3 has a smooth plastic backplate, which feels really nice, especially considering the Rs. 19,999 price point. More importantly though, while the Vibe X3 follows the same design philosophy, it looks much better than a Moto X Style. How? Because Lenovo chose to fashion the front bezels differently. The top and bottom bezels here are split into black and white parts, with the black part dissolving into the display. The white part on the other hand holds the front facing speakers. 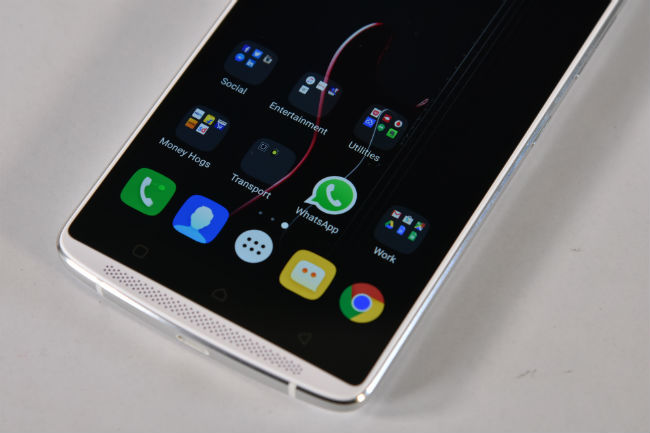 As a result, the Vibe X3 looks like a much more stylish and I daresay, premium, phone compared to the Moto X Style. It’s lighter by about four grams, but at 175 grams, may be a tad heavy for some. From a design standpoint, the Vibe X3 defined the design philosophy that Lenovo adopted with the Lenovo Vibe S1, very similar to what Motorola has chosen for its Moto X smartphones. 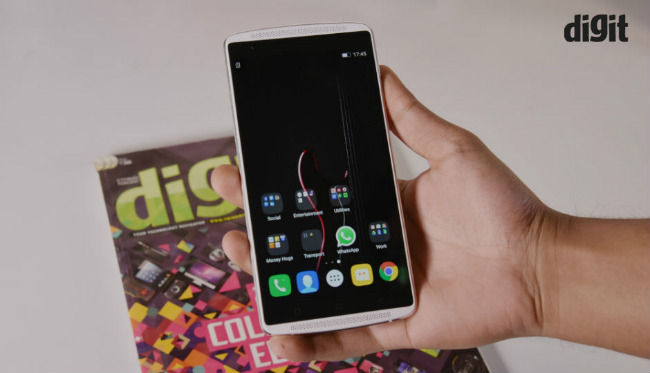 A 5.5-inch 1080p panel on a flagship device is often criticised today, but as Apple has proved time and again, if it works, it works. Same is the case with the Vibe X3. Its viewing angles are good, while the colours look just about good enough. I’d have preferred slightly deeper blacks, but it’s the best you can expect from IPS displays. The display feels nice and is bright enough to avail good sunlight visibility.

Lenovo’s UI has always been a point of contention for many users and it seems the company is paying heed to those complaints. Vibe UI on the Vibe X3 sports a more stock like appearance, although it still retains many of its issues. While most of the bloatware can be uninstalled, my issue with Vibe UI remains in its appearance. 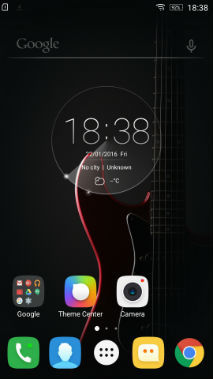 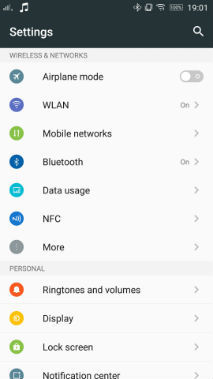 The rounded icons don’t look all that good, with there being too many colours on the screen at times. The stock-like interface is good and you have the option to remove the app drawer, but the UI seems to me, to be a mismatch with the rest of the phone. Thankfully though, Vibe UI is much lighter and doesn’t eat up system resources as much as it used to in some of Lenovo’s older devices.

Something I really liked is that when you’re connecting to a WiFi from inside the Settings menu, the Vibe X3 shows you what band the WiFi is transmitting on. It’s a simple thing, but such attention to little details is appreciated.

"While most of the bloatware can be uninstalled, my issue with Vibe UI remains in its appearance"

Speaking of system resources, the Vibe X3 runs on a Snapdragon 808 SoC, combined with 3GB of RAM and it’s arguably the best performing Lenovo smartphone till date.

I've already explained the performance of the Lenovo Vibe X3 in this story, so I’ll leave you with the benchmarks here.

The VIbe X3's performance feels good because of its smoothness. The phone is powerful, showing almost no lags unless it is pushed to the absolute edge. My only disappointment is that the phone doesn't run Android Marshmallow out of the box, which would have made the performance even better, as it did for the HTC One A9.

On the back, behind the camera, the Lenovo Vibe X3 has its fingerprint sensor. While fingerprint sensors on the back have worked well in phones before this, its placement on the Vibe X3 is a problem sometimes. Often, when holding the phone keeps buzzing while you hold it in your hand, because your finger is on the sensor and it can’t detect the print. It’s a problem that I’ve faced only on the Vibe X3 and I suspect its because of the phone’s overall size. A slightly more curved back would perhaps have solved the issue, allowing a better grip, with all your fingers around the phone.

In addition, the Vibe X3’s fingerprint sensor isn’t as accurate as Nexus devices, being closer to the Coolpad Note 3 for that matter. It’s faster and more accurate than the LeEco Le 1s, but not as fast and accurate as the HTC One A9.

Lenovo boasted an ESS SABRE 9018C2M dac for better audio on this phone and it works. That said, if you’re using budget or inexpensive headphones then the dac won’t really come into play for you. Using my Audio Technica CKX9 in-ear headphones, I couldn’t make out a big difference in the sound quality, but plugging in a Bose QC3 with this phone and a OnePlus One, immediately showed the difference.

For the most part though, the audio enhancements would make sense for audiophiles, using high-end headsets, while those of us using cheaper headsets or speakers, wouldn’t feel a very big difference. It’s still something unique to this phone though, especially in the sub-20k price bracket. The Vibe X3 is brings to the mid-ranged segment, what HTC’s BoomSound once did to the budget segment.

There’s also a Wolfson 8281 audio-hub for your calls, which ensures that the Vibe X3’s call quality is top notch, as long as connectivity doesn’t interfere.

"The Vibe X3 is brings to the mid-ranged segment, what HTC’s BoomSound once did to the budget segment"

The 21MP rear camera on the Vibe X3 is good, but there’s room for improvement. Under optimal light conditions, in bright sunlight, the phone is capable of shooting really good and detailed images. On the other hand, the image quality under indoor conditions or low light aren’t quite as good. Between the Vibe X3, OnePlus X and Moto X Play, I’d have to choose the other two, for their superior low light performance.

Further, if you like softened images, then the 8MP camera on the front would suit your needs. Overall, the camera is somewhat of a weakness for the Vibe X3.

As I explained in the article linked in the performance section, the Vibe X3 earns all its money through its battery life. Phones like the OnePlus X, Moto X Play and Vibe S1 are no match for this device. Under regular usage, the Lenovo Vibe X3 can last for a full day for the heaviest users, while lighter usage would easily get you past more than a day.

Did you know that typing the word 'Lenovo' using Android's swipe keyboard yields 'Kenobi' as a result? Well, it may just be a sign. The Lenovo Vibe K3 sets our expectations from Lenovo for its future devices. It's not perfect, but it's arguably the best phone in the sub-20k price range. If you have a sub-20k budget, then the Lenovo Vibe X3 may be the best smartphone to buy right now. It outshines its competitors through its smooth and hassle free performance and looks and feels like a premium mid-ranged flagship. While the camera is a weakness, it’ll be satisfactory for most users, and the battery life and other aspects of the phone more than make up for it.

Posted by Digit on Wednesday, 3 February 2016