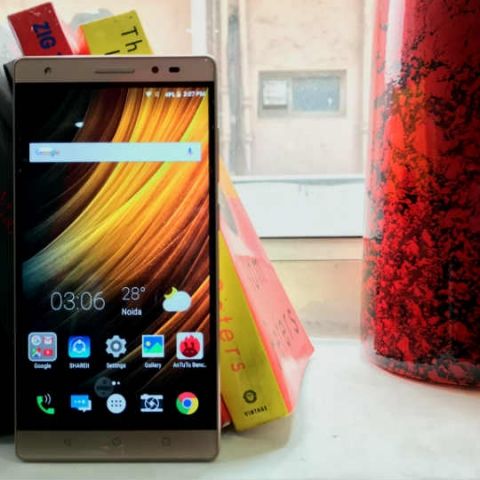 The Lenovo Phab 2 Plus is a shot at making the perfect big screen phablet. However, it lacks performance, camera, and even the battery life expected from such a smartphone. It's not a recommendable smartphone.

They started at 2-2.5, but smartphone screens today are 5-inch or more. Some, like the Lenovo Phab 2 Plus blur the lines between phones and tablets. Companies are betting that you want a bigger screen. And on some level, it does make sense, because of apps like Netflix, Hotstar, YouTube and more.

Interestingly, a big screen comes with baggage. Bigger screens are tougher on battery lives, they make rendering graphics more difficult, and create a need for higher resolution. Most importantly, a big screen needs to be impeccable, leaving little room for error.

With that in mind, let’s consider the Lenovo Phab 2 Plus, and its gigantic 6.4-inch display.

There are some similarities between the Phab 2 Plus and Xiaomi Mi Max. Both these screens are dim, but the Phab 2 Plus is dimmer, with luminance readings of 469 Lux. While the Phab 2 Plus’ isn’t the brightest out there, its dimness also affects sunlight visibility. It also seems to have some light bleed issues near the edges, which further reduces the screen's attractiveness. 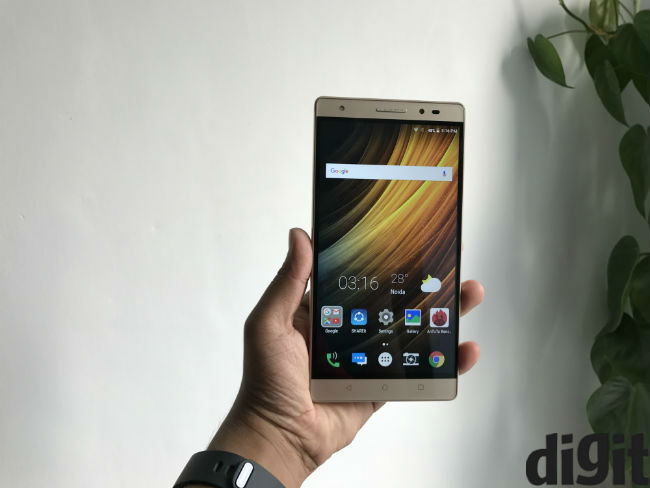 Interestingly, colour reproduction is quite respectable, as is 344 ppi pixel density. Black levels are good, and the display can produce a decently wide colour gamut.

If this were a flagship we could perhaps demand a QHD screen, but 1080p works at this price. To the naked eye, it seems sharp enough as well. Viewing angles are also decent.

But that’s just where the problem is. The decent display is easier to swallow when it isn’t this size. At 6.4-inch, the Phab 2 Plus’ screen feels underwhelming and plain. It’s not really what we want a from a phone with so much screen.

Dolby Atmos audio has been part of almost every Lenovo presentation recently. However, 360 degree surround sound seems to far fetched for smartphones, and the results speak for themselves. Confoundingly, the Phab 2 Plus has a single mono-speaker, which means you’re not even going to get stereo effects. 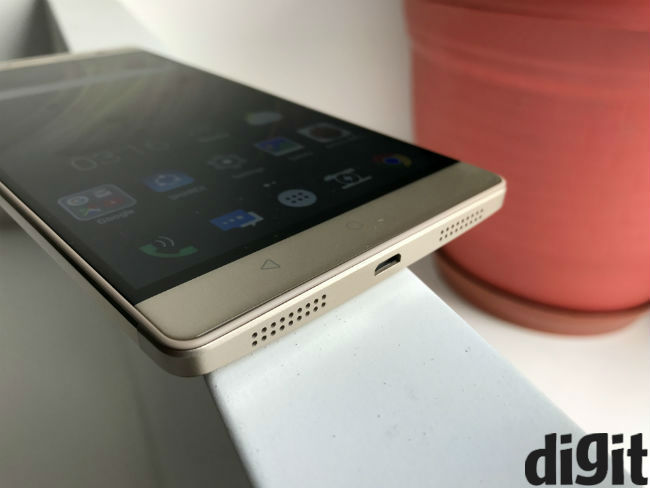 In the end, the Phab 2 Plus is incredibly loud, but doesn’t offer much by way of audio quality. Headphones are still your best friends for good audio quality on smartphones. In the case of the Phab 2 Plus, the in-box JBL earphones would work for casual listeners, unless you’re looking for good noise cancellation. Audiophiles, or those with more tuned ears will need to buy third-party headphones.

In our in-depth overview of the Phab 2 Plus earlier, we found the phone to be slow. That remains the same after further testing. The MediaTek MT8783 SoC feels sluggish on regular performance, as well as gaming and multi-tasking.

The Phab 2 Plus is slow, doesn’t do well even under moderate loads and lags while gaming. The processor isn’t well suited for FHD gaming, with low frame rates. It is no match for the Snapdragon 650 and 652 in the Mi Max.

Another important thing about the Lenovo Phab 2 Plus is its camera. The phone is the newest amongst a line of dual-camera devices being sold in India.

It combines two 13MP camera sensors, and both laser and phase detection autofocus, to shoot photos. The second camera is used for depth perception, and some post processing. 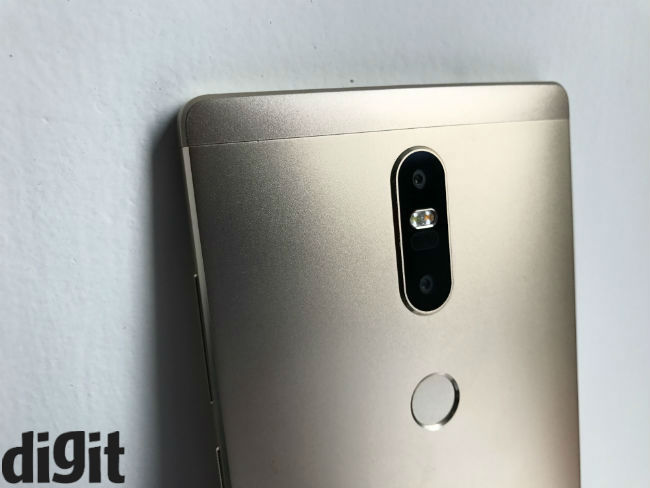 In reality, though, there’s little to speak of here. The Phab 2 Plus is amongst the weakest camera phones we’ve reviewed this year. The dual-camera mode is turned off in auto mode, but even when using them, shots are below average. It doesn't create a true bokeh. Rather, the camera artificially blurs the background, and the results aren't anywhere close to ideal. In fact, we often preferred the background blue created without the dual-camera mode. The camera does perform better on close-up photos (minus the blur), though. 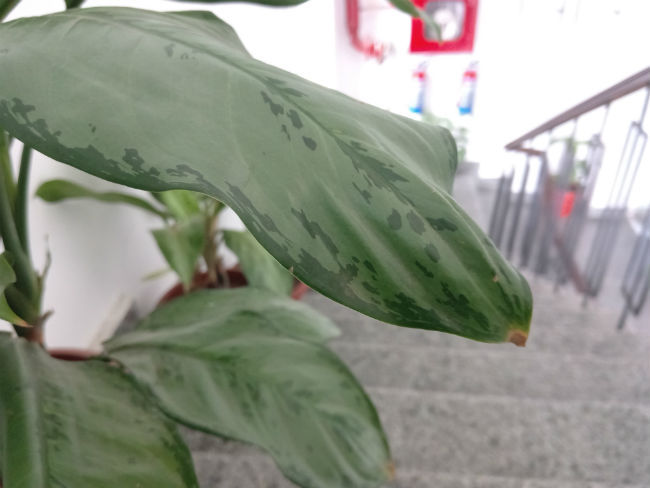 Close up photo with (above) and without (below) dual-camera. 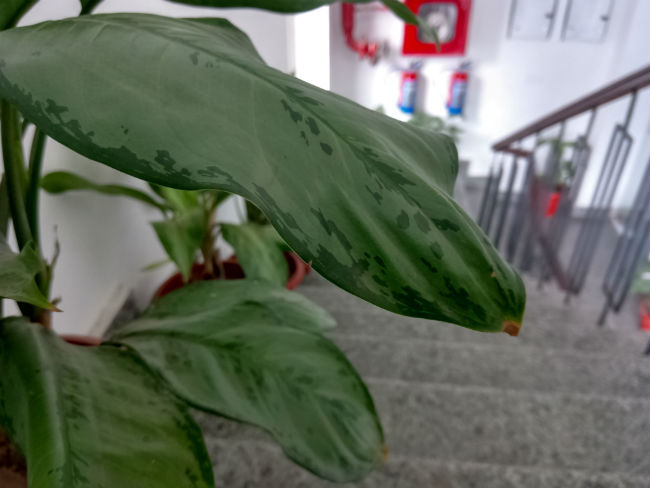 Images, irrespective of what lights they’re clicked in, look dull and low on details. It doesn’t seem to make the best use of the depth information, either. When clicking indoors, fluorescent lights flare up and ruin photos. Under low light, the white balance is loft, creating a blue-ish hue on images.

The phone focuses reasonably fast, but that too can slow down in unevenly lit conditions and low light. Processing can often be longer than ideal as well.

Further, the Phab 2 Plus has an AR camera mode as well, but without the benefits of Google Tango. This AR camera is pretty much a gimmick. It allows you to put an animated dog, dragon, fairy or cat in a photo. While that can make for some fun photos, we see absolutely no practical benefits or value addition.

Phone as big as the Lenovo Phab 2 Plus, usually have really long battery life. That’s because companies can pack a big battery pack within the device, and sure enough, Lenovo packs a 4050 mAh battery inside the Phab 2 Plus, although it’s big enough to hold an even bigger battery. And we can’t say that that wouldn’t have been a better idea.

While PC Mark’s simulated battery test records 7 hours 45 minutes to bring the battery down from 80 percent to 20 percent, real world performance is not quite the same. On a single charge, the Phab 2 Plus got us through a work day, which is about 10-12 hours, but that’s about it. You would ideally need to charge this phone twice every day, with one full charge and one more to get you by. In the long run, this might reduce battery life even more since incomplete charges will eat up cycles.

The only part of the Phab 2 Plus that we enjoyed is its build quality and design. The dual rear cameras are placed vertically on the back, with the flash and laser AF between them. With this, the Phab 2 Plus looks really unique, and combined with a golden unibody metallic finish, it feels solid and sturdy. The big screen also comes with really big bezels, which some may not like, but it doesn’t really hamper the looks, in our opinion. 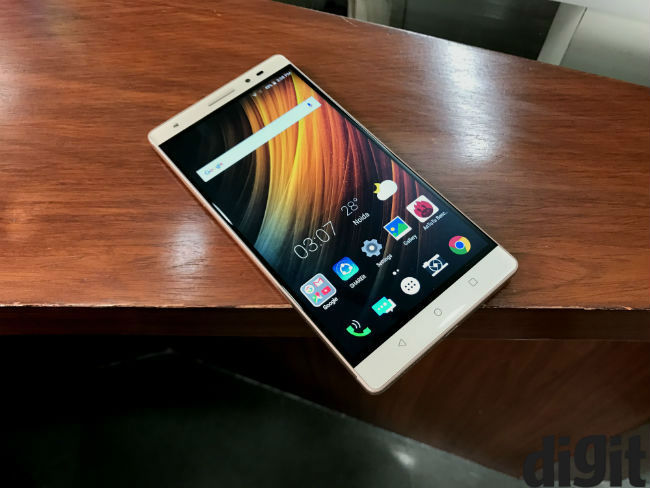 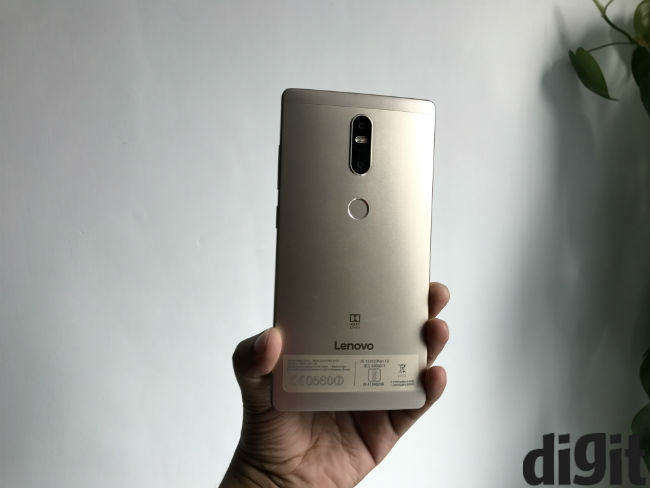 Of course, no one expects ergonomics at this size, and the Phab 2 Plus is both big and really heavy. However, for those looking for a phone this size, this works. The slight chamfers on the edges don’t dig into your hands, and the capacitive buttons on the front are backlit.

Overall, the Phab 2 Plus makes for a pretty unique looking phone, thanks to its gigantic presence, and dual-cameras.

It’s disappointing that Lenovo hasn’t brought the Google Tango driven Phab 2 Pro to India. The Lenovo Phab 2 Plus is a device that needs a lot of work. It’s surpassed soundly, by the Xiaomi Mi Max, which incidentally is its chief and only real competitor as well. The Phab 2 Plus is slow, doesn’t have a display that a phone this size needs, and its battery life is decent at best.