Lenovo A6000 Review: 64-bit comes to the budget segment

The Lenovo A6000 is currently the best budget Android smartphone that you can buy. That said, the phone could have been better in some areas and that might come back to haunt Lenovo as competitors start coming up with other devices. Buy this phone only if you're in a hurry to get a new smartphone.

There’s always a certain edge in being first to market with a product. Motorola may be celebrating its one year anniversary in India, but it seems like ages since the Moto G and Moto E were first released. The Moto E has long been the benchmark for the under-7k smartphone segment (Yes, even after the arrival of the Redmi 1S). With the arrival of Qualcomm’s new SoCs though, it’s time for the Moto E to relinquish its throne.

The Moto E was first to market and set the stage for the budget smartphone wars that we see today. That was the era of the Snapdragon 200 and 400 SoCs though. We’re in the 64-bit generation now and Snapdragon 410 is what everyone’s looking for. Enter the Lenovo A6000.

Lenovo finished its acquisition of Motorola late last year and is now doing what Motorola has been known for. The A6000 is a quintessential budget smartphone, priced at exactly what the Moto E had been launched at, Rs. 6,999. Lenovo added the flash sale elements in order to create hype and give its supply chains some relief. So, yes, this phone will not come to the market in big numbers in the foreseeable future, irrespective of what we may think about it.

So without further ado, let's get down to the Lenovo A6000 review. 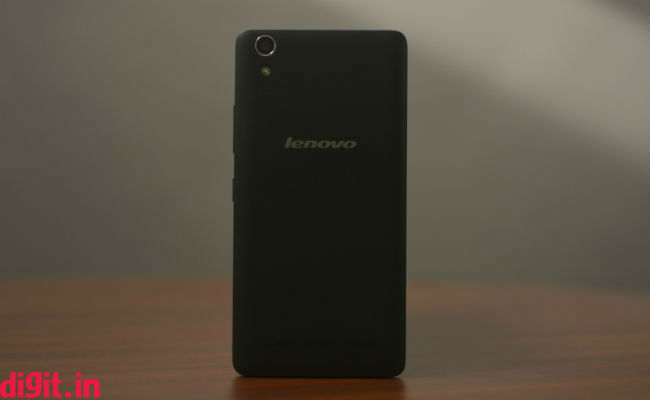 There’s no groundbreaking design innovation here, the phone carries the traditional bar design to the T, but Lenovo has achieved somewhat of a balance between the size, weight and materials used. While the device is essentially plastic, the matte-ish finish on the back, along with the slight curve near the rear edges, gives the device a premium feel. Premium for the price of course. 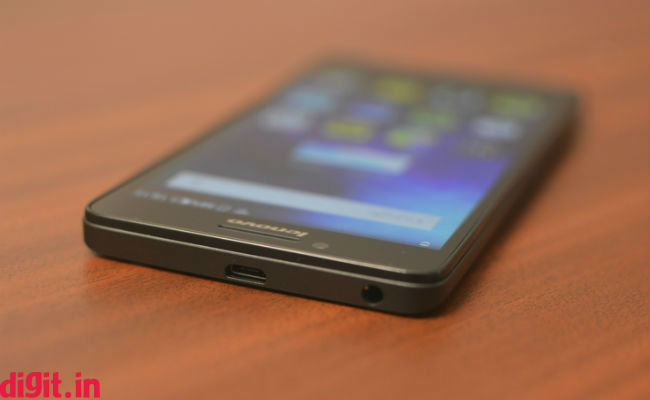 In addition, the bezels are just thin enough to make the phone compact and easy to use. Also, 8.2 mm, it isn’t the thinnest on paper, but alongside the bar design, the Lenovo A6000 really comes off as a pretty slim device. 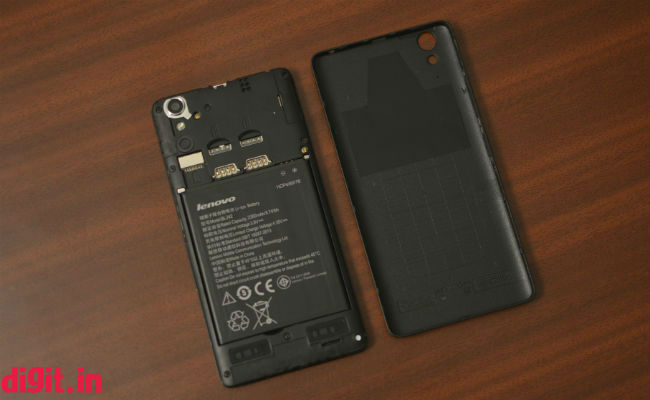 So, while this is definitely not the newest design that you will see in the market, it is a better looking phone than both the Moto E and Xiaomi Redmi 1S and even the Asus Zenfone 4.

At 5 inches, 720p is about the bare minimum a phone's display should have. That said, Lenovo has cut a few corners here, with the lack of Gorilla Glass. This not only makes the display weaker, but also diminishes the overall touch experience. The display doesn’t feel premium, in fact, it feels quite cheap.

That said, the colours and brightness of the display can't be questioned. The colours are quite accurate and Vibe UI helps a little in making the home and lock screens vibrant.

While companies like Xiaomi actually use their UI as a revenue source and to build a community, Lenovo doesn’t. In fact, the company’s quite like Samsung in this respect. The Vibe UI, though a colourful and good looking UI, is full of bloatware. Yes, apps like Lenovo SHAREit can be very useful at times, but it’s the user’s choice whether to download them or not. Thankfully, you can delete some of the pre-installed apps, but you’ll struggle with the others.

Overall, the UI is quite snappy for a budget device though. It was sluggish at times, after some intensive usage, but killing apps usually made things better. In addition, there is about 400MB of RAM free, out of the 1GB that the phone comes with, which is just enough for a budget device. You will see similar numbers in devices running MiUI and even stock Android. 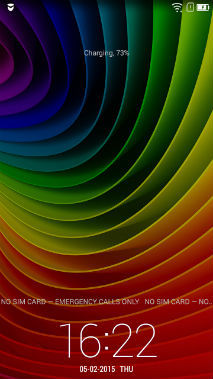 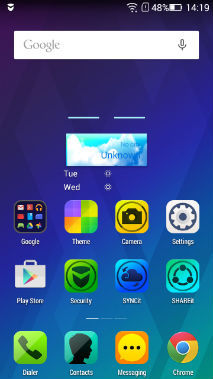 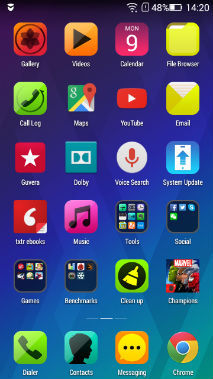 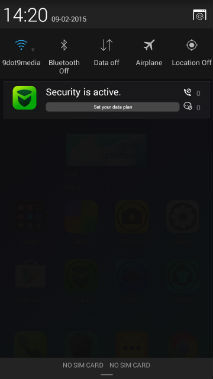 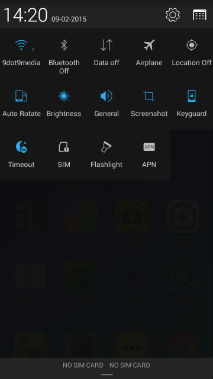 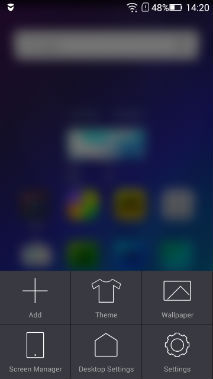 The UI also contains settings for Dual-Dolby audio, which Lenovo had talked about at the launch. This allows you to choose from a few presets for the audio, although it doesn't make a very big difference. The dual speakers on the back of the device are pretty loud and audio quality is sufficiently good for a phone in this range. It's no HTC Boomsound though. 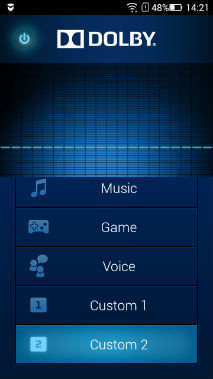 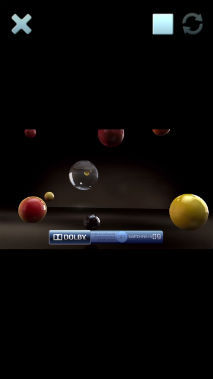 The 1GB RAM on this phone is accompanied by the Snapdragon 410 64-bit quad-core SoC. This is basically the next generation of the Snapdragon 400 processor, which powers a number of smartphones today, including the Moto G (2nd Gen) and the Xiaomi Redmi Note 4G. 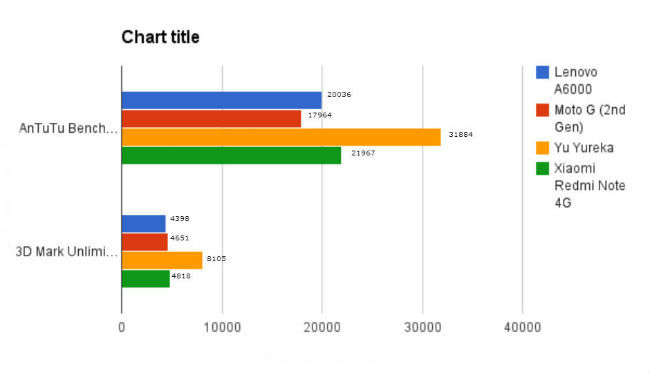 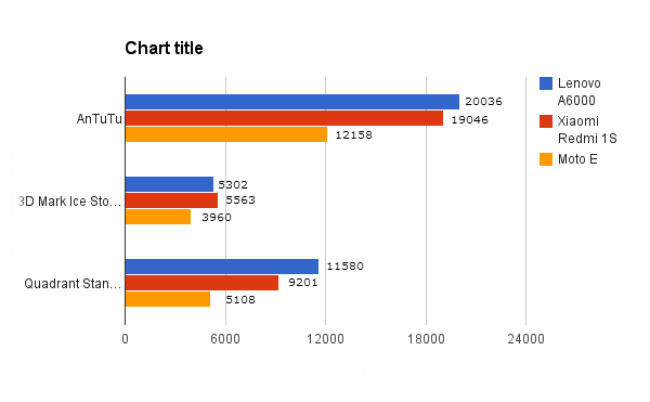 The performance of this smartphone is what makes it not only the quintessential budget device, but also one that belongs to the current generation of smartphones. The Lenovo A6000 performs a little better than the Moto G (2nd Gen) in benchmarks, but it's not as fluid. The phone does show some stutters and takes a pretty long time to load high-end games. However, for a budget device, that's acceptable.

The Moto E doesn’t stand a chance against this phone and surprisingly, the Xiaomi Redmi 1S was farther behind than we thought it would be.

Overall, gaming and multitasking on the A6000 was satisfactory, with minimal lags and no crashes.

The highlight of this phone was the 8MP rear camera. The phone took some really good photos under outdoor sunlight and even indoors, under fluorescent lighting. That said, it still couldn’t outdo the Xiaomi Redmi 1S. Images taken through the Lenovo A6000 came out a bit subdued, as compared to the Redmi 1S, which were brighter.

That said, it is still a pretty good camera for a device that costs merely Rs. 6,999. The autofocus is fast and the image processing time is not very high. Also, the camera app is simple and easy to use.

This was one area where the A6000 was a little disappointing. In our battery test, the phone came out behind the Moto E, but ahead of the Redmi 1S. 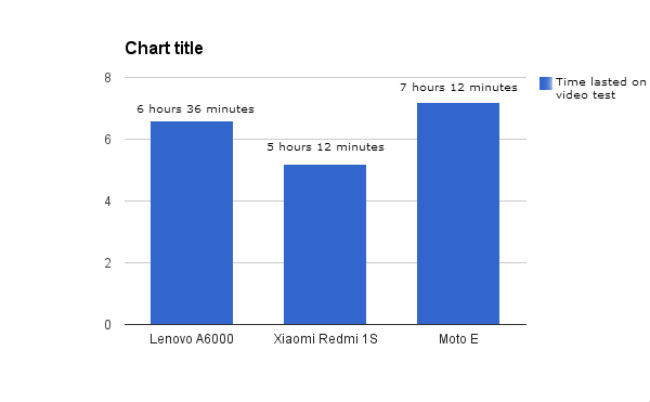 When I used the phone intensively, which included almost an hour of gaming, plenty of web browsing and attending to about an hour worth of calls, I had to charge the phone twice during one day. Under normal circumstances though, you should be able to get through a full day without needing to charge the A6000.

As a budget device, the Lenovo A6000 is a very good smartphone, for now. Lenovo’s edge is in the fact that it is first to market with the new SoC. Looking at the performance of this device, we expect the new Redmi 2 (with similar specs, but 2GB of RAM) smartphone to be much better. Also, it's only a matter of time before competitors come up with similar, if not better devices.

Not to take anything away from the A6000, it is a very good budget device, but certain areas like the screen and battery can be improved upon. Competitors may capitalise on exactly these aspects. Currently, the A6000 is the cheapest LTE capable smartphone you can buy so, if you're not in a hurry for a new smartphone, then hold off on buying one right now and wait for the others to join the party. If on the other hand, you do need a phone urgently, then this is a very good buy.