The Lava Pixel V1 doesn't perform the way you would like a phone to in this price range. It can not be recommended over the likes of the Asus Zenfone 2, Xiaomi Mi 4i and others.

Google made a big deal when it launched the Android One platform about an year ago. The company presumably anticipated huge response from the Indian mobile market, but got only a lukewarm one instead. The first wave of phones under this initiative were decent but not good enough to counter the wave of budget phones from both Chinese and Indian manufacturers. It seems that in the aftermath, Google decided to get a new Android One phone for a slightly higher price bracket in the Indian mobile market. This resulted in the conception of the Lava Pixel V1.

On paper, the phone does show a lot of promise. Google and Lava even gave the phone 32GB on-board storage, which is generous compared to the 16GB, which many phones in this category generally offer. Nevertheless, a smartphone is more than just some extra storage, so let’s find out whether the Lava Pixel V1 is the phone Google needs to establish the Android One brand per se.

Build and Design
With good looking phones like the Xolo Black and the Icon in the past, there's no doubt that Lava knows how to make a good looking phone. However, the design of the Pixel V1 is not as eye-catching as we hoped for. Although the build of this phone can be put at a slightly higher pedestal than some of its competitors, the build quality remains on the average side. I believe the plastic body that wraps around the large 5.5-inch display needs to be sturdier. The button quality, travel and fit and finish of parts are good though. 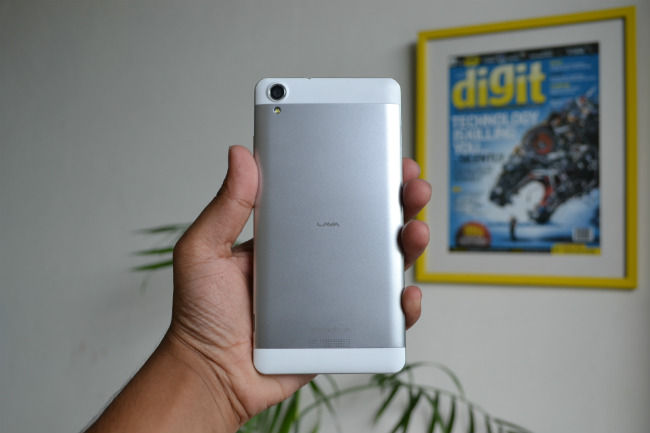 The Pixel V1 has a 5.5-inch display, which features good viewing angles and a cooler colour temperature. On the  plus side, the slim bezels do make the display look good, but sunlight visibility is quite weak. This also means the device has not very wide, making it more ergonomic, compared to say the Asus Zenfone 2. It is no Xiaomi Mi 4i though. 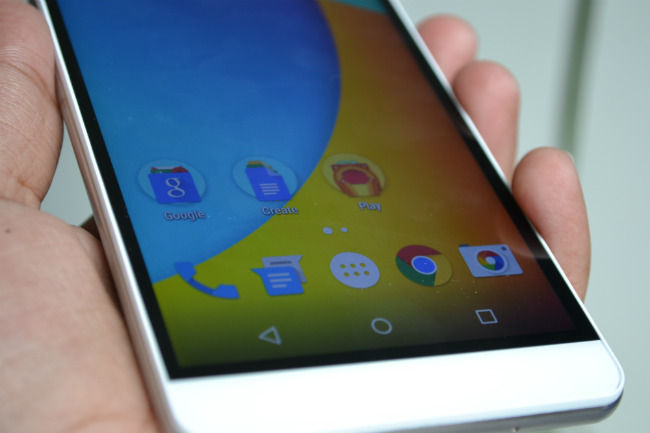 The phone is runs the latest version of Android 5.1.1, in the stock form. It comes with minimum bloatware and stock Android lovers like me will feet at ease with the phone. 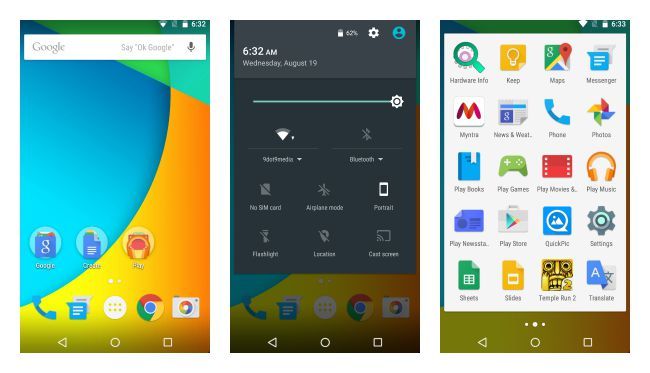 Performance
The phone is underpowered not only when compared to the segment leaders like Xiaomi Mi 4i  and Asus Zenfone 2, but compared to some sub-10K phones as well. Although, the phone can deal with minor tasks like calling, taking a picture or listening to music, it lags in most others. Gaming or video streaming via Twitch did make the phone stutter at times, which is quite unsatisfactory when compared to its counterparts.

The synthetic benchmarks further justify the complaints with the phone’s performance. Call quality and reception remains average, so does the music playback quality.

Battery and Camera
The new Android One comes with a 2560 mAh battery, which is an average performer and gives the phone about six and a half hours of screen on time. In daily usage comprising of some calls, instant messaging, audio playback and some camera usage, the phone was able to go 9-10 hours. But, when I tried to include video streaming, gaming and video playback, the phone exhausted its battery in about six hours, which is again a concern. 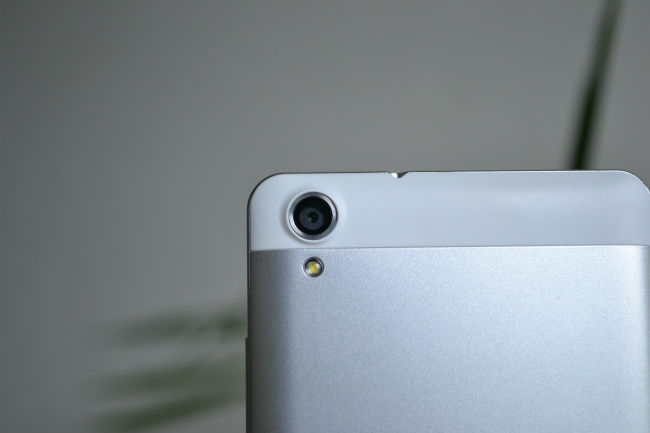 In this day and age when sub-7K phones feature a 13MP camera, Google and Lava’s decision to bring about a mid-tier phone with an 8MP sensor seems convoluted. The dynamic range and colour accuracy of the images taken is good, but leaves much room for improvement when compared to other phones in the price bracket. The camera has a software trick, which interpolates the 8MP images and makes them 13MP photos. However, in doing so the camera software messes up the colour vibrance and the image sharpness.

Video capacities are just about average as is the front-facing selfie camera.

Bottomline
The Lava Pixel V1 is another failed attempt in the Android One program. The phone is not good enough to be recommended above the usual sub-13K phones. It's an average performer and the promise of being updated to the next Android version isn't enough to recommend it.